snippets from another life

Home » Editorials » snippets from another life

snippets from another life

I often wonder what Jim and Amanda would be doing at this time of year at the various times in their joint adventures. My guess is they could well be looking along the canal from one of the many narrow waisted red brick bridges that carry a path that comes from nowhere in particular and leads somewhere even less significant. 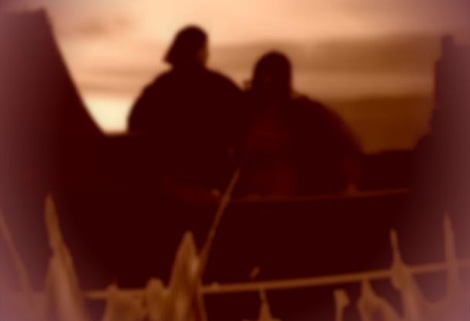 As darkness eventually falls they will probably return to the shelter of their little boat and brew yet another mug of tea before turning in for the night.

Maybe it's unexciting, but to them it would be a pleasure beyond words. The clearness of an autumnal night, with fresh air blowing gently across the back of their little boat was always something too good to miss for the pair in the early days. Many conversations were had, and stories shared by the soft light of one of the old hurricane lamps they had. Sometimes they would talk, and others they would just sit and look at the night sky. 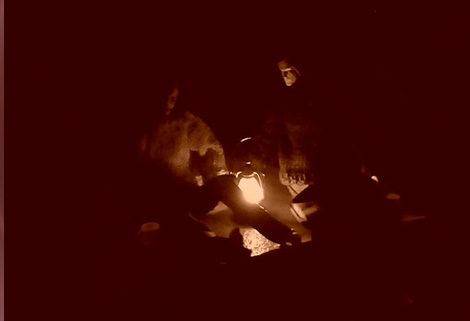 Mayfly was, and is, an easy little boat to like, and though as fragile as the lifestyle that had been landed on the pair, she wasn't one to let her occupants down. No matter what the day had thrown at the two unlikely friends, it was hard for either of them not to enjoy the life they were now living.

One morning, some months later, there was still plenty of snow about when they woke up and it was clear that a bit more would come but, despite the cold, Jim and Amanda were in optimistic mood.
“You know it's a bit daft for us to have slept on Fly when we could have been warmer in...” Amanda said.
“But we both wanted to be here,” Jim replied, cutting her sentence a little bit short. “It doesn't have to make sense, nothing does. When you think of it, when does anything make sense even when you’re normal.”
“Well, Mr Diogenes, thanks for calling me a freak. I'm still bagging the toilet though!” Amanda laughed. “I really wish we could have taken that part of the bungalow with us.”

Jim looked across the short distance from Mayfly to the little wooden building that was not much more than a summer house. It was hard to believe that Amanda had lived there by herself only months previously, and harder to believe what had happened in the intervening period.
“Are you sure you didn't stash one in that bag of yours,” he laughed. “You seemed to have plenty of things in it!”
“If I’d known all of the stuff that was going to happen I might just have taken a screwdriver to it and pushed it in my bag and all,” Amanda laughed. “But then there’s all the plumbing.”
Jim was still deep in thought when he heard her footsteps crunching across the fresh snow towards the place. He eventually set about lighting the Primus stove for the first cup of tea ready for her return. He thought for a moment and then lit the other one as he started work on an idea that had flashed across his mind. 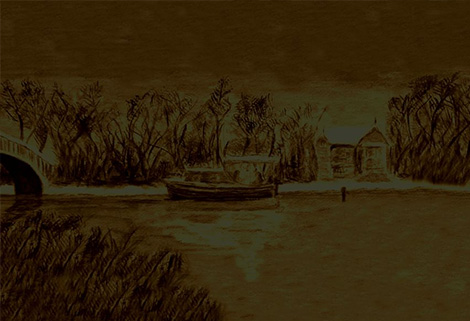 On her return, Amanda could hear the roaring, but waited until both stoves were off before she boarded the little boat.
“Was I really that long?” she asked.
“Why not enjoy the simple pleasure of a relaxed morning in the bog,” Jim smiled.
“I was thinking of doing a big fry up but then that probably wouldn't be all that sensible.”
“Not with Mum and Dad coming over,” Amanda laughed. “She said I looked really well when we got back, but I never could stop her trying to feed me up! That smells pretty good though Jimbo. What is it?” she asked as he handed her a plate.
“I was thinking of making something special, like an even bigger fry up than usual, then I remembered this one. It's sort of cinnamon toast only done in a frying pan,” he smiled.
“That and a mug of tea will hit the spot really well,” Amanda replied, looking across the stern of Mayfly and down the river. “Did we really just sail away like the owl and the pussycat and fix all that stuff? Or is this just a hallucination.”
“They didn’t have an outboard motor, but I heard some people say that all of life is an illusion, but I banged my head getting the cinnamon out from the deed box and that seemed pretty real,” Jim said.
“This toast seems pretty real too, and good. Eat yours whilst it's still hot won't you,” Amanda smiled. 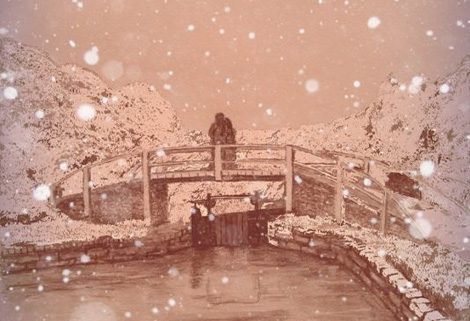 The sky had been getting greyer as they spoke, and the crisp smell of frost began to give way to a slightly damper smell that was half river and half weather with a hint of boat and petrol thrown in for good measure. The first of the thick flakes of snow began to fall as Amanda finished her mug of tea and reached into her bag.
“I know we're skint,” she said, pulling out a couple of lengths of tinsel.
“It's O.K.” Jim replied, reaching into one of the other deed boxes and lifting out a very small artificial tree.
“Oh well,” Amanda laughed as they decorated the cockpit of their little boat.
“You'd better have this too,” she added, handing a little parcel to Jim.
“Thanks Mand,” Jim smiled, handing her a neatly wrapped package.
“Mayfly did us proud, she really did,” Amanda said thoughtfully. “Thanks for... Well just thanks.”
“Same goes to you, as well. I'm happy with the way it all turned out too,” Jim replied, “And you're right, I know what you're thinking.”
“We couldn't just ignore her, not today,” Amanda frowned. “Wouldn't be right.”
“Happy Christmas,” Jim said, kissing his friend.
“Yes Jimbo, it is one, and well, we should both, well... You know,” Amanda smiled, looking at Jim and then along the length of their little boat.
“Happy Christmas Mayfly,” they both said. 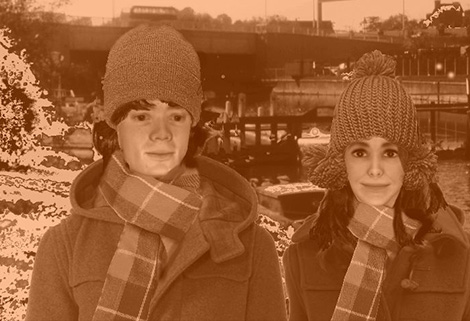