where have all the birdies gone?

Home » Editorials » where have all the birdies gone?

where have all the birdies gone?

Well never mind, I’ll carry on regardless, while you all uncomfortably shuffle your feet thinking of the mental anguish you’ve inflicted on me with your noncommittal attitude.
See, that’s better. I heard that, ‘where’ve you been?’ I’ll tactfully ignore the rest of the comment, ‘and why the bloody hell have you come back?'

I’ve been writing see, no not for this wonderful magazine, but plays. Yes, that’s right, plays as, ‘in the theatre.’ I’m a bit of a thespian don’t ya know.
What?
No, madam, those are ladies who fancy other ladies, a thespian is - oh, never mind.
Anyway, like I said, I’m back. And that brings me to the topic of this article, which is...
You again. What now?
No it’s not another ‘festive scribbling,’ as you so eloquently put it. I live not far from Wolverhampton and I haven’t heard Noddy Holder holler, ‘It’s Chrrrrristmassss’ yet.
No, this one’s a bit more serious I’m afraid.

You see - and I should say that this started in the spring - that I was a little perplexed.
A good friend of mine used to greet the Spring Equinox with the rather charming saying of, ‘Spring is sprung, the grass is riz, I wonder where the birdies is?’
And I did.
Wonder that is.
And I’ve spent most of the rest of the year wondering as well.

Now you may well say that there are more serious things to wonder and worry about. Climate change, the Ukrainian conflict, the cost of living crisis and the fact that number 10 Downing Street seems to have had a revolving door fitted.
But wonder I have.

Where for instance are all the ducks? Have you noticed as you’ve been cruising along the cut? It seems to me that there are considerably less than usual. 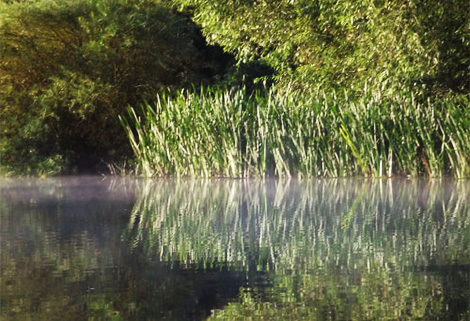 I notice these things you see, because as I wander the towpaths with Blue he likes to chase them. And he’s been getting considerably less exercise than in previous years, meaning that I have to do more walking. That’s Border Collies for you. He’s had to resort to chasing mountain bikers, and they’re not too happy about it I can tell you.

And it’s not just ducks. What about our little feathered friends that flit hither and thither midst the hedgerows, twixt the breaking of day and the lowering of eve’s dark mantle?
I know, that was nearly poetic wasn’t it?
There’s no tits - stop sniggering at the front. Or sparrows. Or swallows. Or kingfishers.
Crows - I think they’ve been murdered. I could go on.
O.k., there are a few about.
But not many. 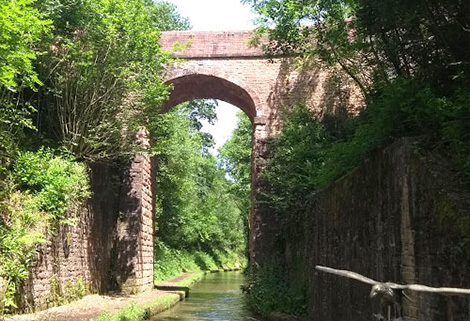 And then I was watching the telly the other night and...
Pardon?
Not Strictly, no.
Not I’m A Non-Entity Get Me Out Of Here either.
How about that Hatt Mancock though eh? At least he’s been eating bollocks instead of talking it I suppose.

Anyway I was watching the news and they were talking about the feathered version of Covid. And I thought, ‘Oh dear.’ It made me really sad to be honest. No wonder there’s been a dearth of activity in our skies.
Christmas is coming, the goose is getting - well culled actually. Along with our turkey dinner (by the way, aren’t sprouts the devil’s testicles. Blaghh!)
And that ain’t fair either.
Why not?
I’ll tell you.
If one gets it, then the whole flock gets the chop. That’s just not cricket if you ask me.
​
Before you all start berating me, let me say that it is a terrible disease and a horrible way to go. But surely they won’t all get it? Surely there are some that are resistant? Shouldn’t they allow them to live in order to build up some immunity? I don’t know,
I’m not a vet, or a scientist, but it does seem crazy to me.

Let’s face it, I had Covid this time last year and DEFRA didn’t come marching along to this charming park home site adjacent the cut to have me and the rest of the inhabitants shot. (I have to call it a park home site officially - I call my place a caravan, but that gets the neighbours up in arms. We’ve gone posh).
Oh, and I did notice the murmuration of disappointment (see what I did there?) when I revealed that I hadn’t been shot. Thanks a bunch!

So I just wanted to say that when those of you who haven’t foregone the consuming of our fellow earthly companions in favour of piles of the devil’s you know what’s, please offer up a little prayer of thanks this Christmas for the meaty treat on your plate. She was one of the lucky ones. At least she made it to Christmas.

Got to go, I think I hear Noddy clearing his throat. Either that or they’re dredging the Staffs and Worcs again.

Have a good one folks.