Could hydrogen become the fuel of the future?

During the past 18 months we have written several articles explaining how popular electric vehicles have come to the public's attention, either through manufacturers' sales pitches or the government`s stance on climate change due to never ending environmental pressure.

One of the concepts rarely mentioned is the use of Hydrogen as a future fuel to power various machines from forklifts to cars from trains to space rockets as well as drones.

Because the UK government has now decided to ban the sales of new vehicles that use fossil fuels from 2030, a new alternative apart from electricity needs to be found.

In his speech on the planned economic recovery, the prime minister said that hydrogen technology is an area where the UK leads the world and hopes to create clean jobs for future generations.

But is the hydrogen cell revolution hype or hope? 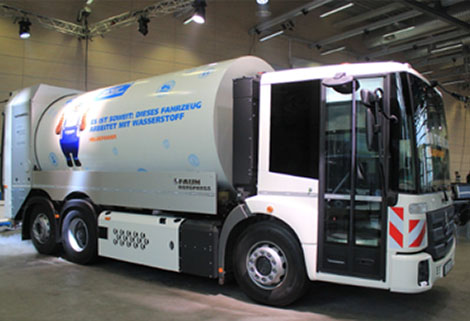 The majority of vehicle manufacturers in the UK have been hurriedly trying to find a solution to producing a fuel system that will not only fall in line with the government legislation but also appeal to buying customers who are looking to them to create a safer and cleaner alternative to fossil fuels.

A while back companies looked into the fuel problems and came up with the petrol / diesel / electricity hybrid which they thought would be the answer, until the latest government demand for cutting emissions came to the fore, now they have to return to the drawing board to solve the problem once again before 2030.

Unfortunately people are still sceptical when discussing a different fuel other than the fossil fuels that they have been used to. The same problems keep arising with the charging time issue at the top of the list followed by the amount of miles that a vehicle will hold per charge. Like most new ideas an infrastructure needs to be put in place, more charging points on the road and a system where access to charging at home is easier.

Until this is done the problems and reservations will stay in the public minds, if a company comes up with a car that runs for 500 miles on a single charge, is reasonably priced and can be charged simply at home, then they will be onto a winner, until then the situation wont change.

Another problem that consumers cannot understand is the amount of space that the batteries will take up, on a conventional car, most will have a single battery, on an electric car the whole base of the car is taken up with batteries, ok you have not got a bulky engine which normally is the heaviest part of the vehicle, but you still have wheels and bearings and motors etc. Bearingtech can help by supplying all these bearings and belts helping to keep your car on the road and in working order.

Due to the ever increasing demand for cleaner and efficient fuel, the government has now passed a new ruling that will allow Glasgow to get a fleet of 19 hydrogen powered refuse trucks after a £6.3 million funding was approved. The investment will also allow the building of a green refuelling station in the city which will be the first of its kind.

Described as the UK`s next step towards reaching its net-zero ambitions, this decision comes ahead of the COP26 UN climate change summit planned for Glasgow next year.

Rachel Maclean the transport minister said that the 19 trucks will form the worlds largest fleet of hydrogen refuse vehicles and showcase how the UK is at the forefront of green transport technology.

As we continue to build on our green-print for the future post Covid 19, we know how to harness the power of transport to improve our country and encourage change.

Minister Ian Stewart said ”that the UK government was doing everything possible to help our economy recover from the pandemic and protect the environment for future generations”.

Back in the 2000`s backers of hydrogen promised a hydrogen highway which never materialised, firstly because hydrogen power needs a new infrastructure, whereas battery cars could be charged off the grid.

Secondly, high-powered batteries of that time were more advanced for usage in companies etc, where hydrogen is not, hence why hydrogen lost ground in the battle to power cars. 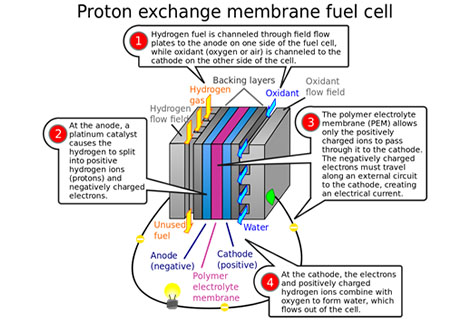 Now that industries such as transport and heating are struggling to maintain the levels needed using conventional batteries, hydrogen has come back into the frame. A typical example of this is the company JCB who have produced a new prototype mechanical digger which would need a battery weighing five tonnes and take hours to refuel.

On the other hand, hydrogen is lighter than air and takes minutes to fill a tank. Unfortunately lorries fall into the same brackets as diggers, making the batteries as heavy as the payload.

The same problem applies to buses, the Bamford family who own JCB said that they have 80 orders for double decker buses from Wrightbus in Northern Ireland, but still have the problem of re-charging, which could be solved with the use of hydrogen and by providing hydrogen pump filing stations on motorways could solve the headaches for long distance drivers in the future.

The same network could fuel hybrid battery and hydrogen cars of the future and disperse with the need for heavier batteries and plug in vehicles.

One of the biggest fears when using hydrogen is its volatile nature, which can cause explosions in tanks which has been a concern in the past. This problem has now been addressed by the invention of lined tanks with Kevlar, which is a substance that releases small micron-isms into the tank which causes the hydrogen to be more stable if the tank is impacted taking out the shock effect and preventing any explosive reactions.

Another breakthrough in the use of hydrogen cells was the first test flight of an electric plane in the UK at Cranfield University with the outcome yet to be published.

On the other hand, Germany is racing ahead with a network of filling stations alongside a hydrogen train, making an initial investment cost of 7 billion euros in a bid to dominate the market.

As with most things, others will want to see the outcome of any present and future trials before taking the plunge themselves. The EU commission have shown a keen interest in the trials alongside the website Euroactive who supposedly floated the idea of making the Euro the currency for hydrogen trades the same way that the dollar is the recognised currency for oil.

The UK government also intends to announce a strategy before parliament closes as part of the country`s economic recovery package.

Because the UK lost out in the battery technology race with China, they do not intend to miss out on the hydrogen demonstrations after being advised by its Committee for Climate Change who suggested that trials begin over the next few months.

These trials are so important to the country`s future fuel development that trials on Britain`s first hydrogen train on regular tracks will be tested by Birmingham University over the coming weeks.

By the looks of things, hydrogen has finally made the breakthrough or so it seems, but it is not trouble free by all means, currently almost all of the hydrogen sold today in the UK is produced by splitting it from natural gas, which unfortunately is very costly and emits lots of carbon dioxide which is attributed to the heating of the planet, something that is not popular with green supporters.

The problem can be tackled by capturing the Co2 at the hydrogen production site, then burying it with carbon capture and storing it, but this will drive up the cost considerably, which defeats the object of the exercise when trying to produce cost effective fuel.

The alternative is inherently clean, but very expensive. It entails using surplus renewable electricity; a typical example is when the wind blows at night using energy that is not used to split the hydrogen from water using a fuel cell.

The process is wasteful because it involves turning electricity into gas, then back into electricity- a two step shuffle dismissed by Tesla inventor owner Elon Musk who described it as” staggeringly dumb” and has been quoted as calling them” fool cells”.

But hydrogen lovers believe the future electricity grid will produce so much cheap off peak power that we will need to find other uses for it. By doing this they hope to see the cost of fuel plummet following the example and performance of offshore wind turbines.

Recent events have favoured the advance of hydrogen after the UK issued a target of 80% carbon cuts by 2050, that left a leeway for polluting forms of fuel to take up the remaining 20% of the carbon budget.

Now its widely accepted that homes with low carbon heating systems such as heat exchangers, will need to boost them in a cold snap from another source, and that’s looking increasing like hydrogen.

Trials are already underway using blended hydrogen into natural gas at Keele University and depending on how much support they get from the government, it looks as though a technology that lost its key battle against battery cars two decades ago could still find a place in the zero carbon economy in the UK`s future fuel development programme.

Throughout the years inventions have come and gone, whether good or bad the answers always lie in the trials and results, one thing that is certain is that time will tell, we will just have to wait and see.