So Chrissymus is coming - perhaps.

Apologies again, I’ve been away for all of this awful year so far - it has been, as Her Madge may have it, my own personal ‘annus horriblius.’

But I’m back now - who groaned? There’s no need!

It hasn’t all been bad of course, if it had been I’d probably be floating face down in the murky waters of the Staffs and Worcs by now. 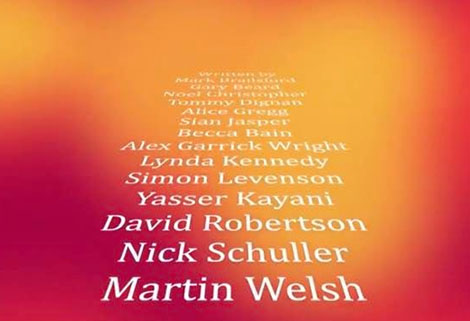 Back in February I won the ‘Best Comedy’ award for my short stage play at The Worcestershire Theatre Festival.

In September I got a T.V. writing credit for a one liner (strangely the worst one I’ve ever written) for The Treason Show and I’m now on the regular script writing team for that. So shout ‘Hurrah’ and hang out the bunting.

But enough of that. If you’ll indulge me I’d like to have a rant.

Oh no, not again, I hear you cry. But I’m sure many of you canal users will agree on the current plague which is uniting boaters, fishermen and us dog walkers alike. 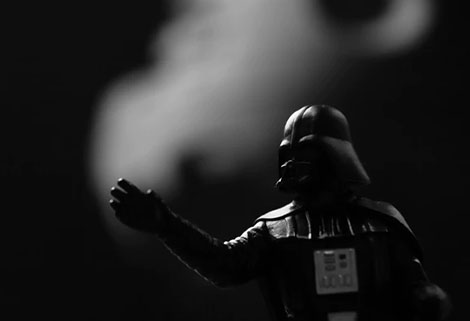 I was walking the dogs, Blue and Milly, down the towpath toward bridge number 38. It was coming to that weird sort of half-light between afternoon and dusk and we were happily trotting along - well the dogs were, I was shuffling about as usual - when a ghostly spectre appeared out of the mist (it wasn’t actually misty, but I’m trying to create an atmosphere, o.k?) A vision of Darth Vader appeared from under the arch and began to charge toward us at an alarming rate of knots. He was easily seven feet tall, dressed entirely in black, topped with a helmet with tinted visor. And - get this - he glided. Yes, that’s right, he glided - moving neither arms nor legs.

Blue, my border collie who normally chases anything that moves faster than an arthritic snail, stood and watched open muzzled as he sped - yes, sped - past, at easily 20mph (I’m not sure what that works out to in kilograms per year, or whatever it is these days).

Even Milly, concentrating intently on sniffing and peeing on every single blade of grass stopped to stare.

I meanwhile was urgently trying to prevent an unplanned bowel movement as stories of Spring Heeled Jack - a local legend, many people claim to have seen the Devil around these parts, mostly around chucking out time from the pub - echoed around what I apologetically call my brain. Indeed, if I’d have spotted a scythe strapped to the onrushing apparition I would have sworn that my time was up. 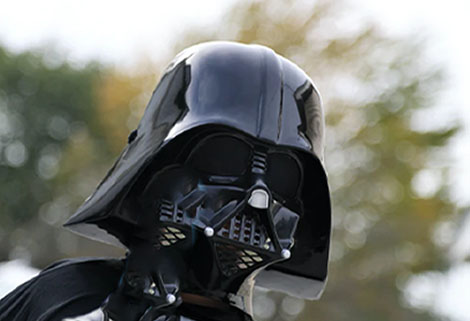 As he drew level briefly, by now he was moving at just below subsonic speed, I saw that it was only some chap, in full motorcycle regalia, stood on - honestly, I kid you not - stood on a single motorised wheel about 2 feet (I’m not sure what that works out to in tonnes per hectare, or whatever it is these days) in diameter. Two footrests extended out from either side of the axle on which he balanced like a trick cyclist at the circus. I assume that he controlled the speed by leaning forward or back as they do on one of those Segway thingy’s you can hire out on your holibobs in Benidorm, but it was hard to tell as we were buffeted around in his wake amid a swirl of fallen autumn leaves, towpath dust and small dead mammals, slaughtered on his passage through the countryside.

I never knew such things existed. Which brings me to my point. There are a proliferation of similar modes of transport hurtling along our usually peaceful walkways at such a rate that there is barely time to fling yourself into the relative prickly safety of a Hawthorn bush to avoid being flattened like some unfortunate piece of roadkill. And they all want the same thing - the whole towpath. Not part of it. All. Space invaders indeed.

I’ve seen electric mountain bikes (did you know that you can get them ‘chipped’ so that they can go faster than the speed they were designed for, just in case you wanted to attempt to break the land speed record?) I’ve seen electric scooters, motorised mini-bikes and even the odd quad bike hurtling along with scant regard for life or limb of the casual passer-by, not to mention the fragile carbon fibre fishing regalia scattered along the towpath like hurdles. Live aboard boaters hardly dare step from the stern for fear of being mown down in a frenzy of Lycra clad mechanisation and are forever washing the dust from their windows. 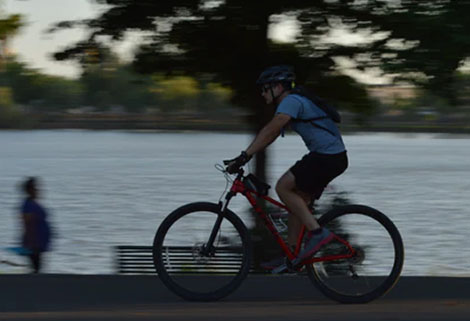 And then there are the normal bikers, the ones that actually pedal under their own power, choosing to get their exercise the old fashioned way, rather than relying on a 150 horsepower battery (I’m not sure what that works out to in metres per parsec or whatever it is these days) to get their 5 a day workout, sitting (or standing) there, doing bugger all and wondering how come they’re not getting any fitter. The normal biker is the real exercise freak. Don’t get me wrong 92.875% (I did a survey) are alright. They’ll slow down and stop if necessary, particularly if confronted by Blue, who does rather follow his instincts and try to herd them up like wayward sheep. The rest though don’t bother as they try to beat their personal best in what I’m sure they consider to be a time trial challenge. Indeed they can get quite fractious as Blue, frustrated that they won’t behave and be penned like normal sheep, now attempts to control them by removing whatever appendage he can hang on to. Many an interesting discussion has ensued.

Take for instance the rather posh lady I encountered the other day. I saw her coming and politely (I thought) asked her to stop so that I could grab hold of my canine enforcer. Did she stop? What do you think? I dived for his collar but sadly missed and watched him bouncing alongside as she rode on, him encouraging her to do what was right. Eventually she complied and as I gathered up my furry assistant she uttered the following observation, ‘Could you please kindly tell your dog that that really wasn’t rather pleasant.’

I’ve seen her several times since. She stops as soon as she spots us, waits for me and Blue to gain a modicum of self-restraint and mutters an embarrassed, ‘thank you,’ as she carries on her merry way.

And who do I blame for this proliferation of mechanised mayhem. Well Boris of course has previous with his Boris bikes when he was Mayor of the Smoke and for encouraging us to get fit in his ‘golden age of cycling’ during lockdown v1.0. A friend of mine has a cycle shop and couldn’t keep up with demand, so it’s not all doom and gloom for the high street. 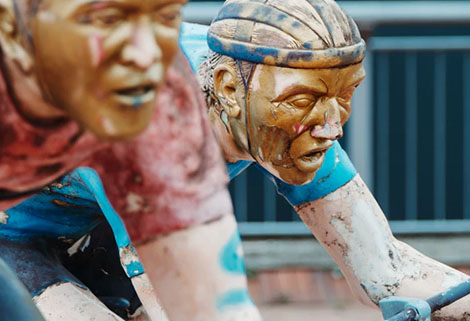 But the real culprit I’m afraid is Andy Street, Mayor of the West Midlands. He’s a champion of old style technology like trams, trains and of course bikes. I’m sure he’d like us all to become latter day Edwardians and am expecting him to launch an initiative soon to eschew our en-suite bathrooms in favour of building outdoor privy’s and wiping our bums on torn up squares from The Sun.

He recently announced, at a photo opportunity of which he is so fond, that the region would be unveiling a ‘new’ system of cycle paths. Much of it appeared to be along existing towpaths, therefore encouraging every would be Tour de France competitor and giving them free rein to hurtle along our pathways to their hearts content and at minimum cost to the West Midlands Authority, now relieved of their responsibility to build dedicated routes for the use of our two (and one) wheeled friends.

Personally Andy old chum, I think you’re on a loser there. The days are getting wetter, colder and the nights are drawing in. I’m expecting a glut of barely used bicycles, both manual and powered,  to start appearing on EBay (other social media auction sites are available) any time soon as the novelty wears off and whatever vaccine kicks in to relieve us of the effort of exercising, giving us the chance to return to the relative safety of our cars. The government of course has announced that in ten years time we will all be driving eco-friendly models. I’m sure that Andy, progressive moderniser that he is, would prefer that we were all in Model T Fords.

Rant over, have a good Christmas everyone - if they’ll let us. Perhaps they’ll show Star Wars on t.v. again. And take care on the towpath - you never know when Darth Vader might bump into you.