recollections of a missing yorkshire gem 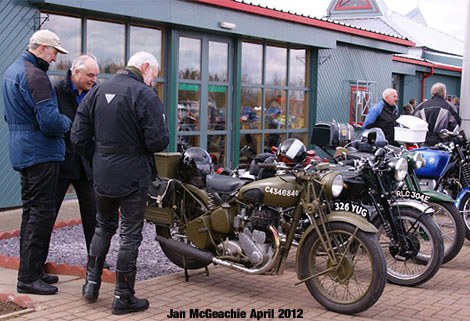 I’m upset Yorkshire Waterways Museum was forced to close, despite being so closely linked with other partners, including the Canal and River Trust and that since its closure, little has been decided about the site.

What is happening when the largest county in the country can’t retain its Waterways Museum?

My immediate thought upon hearing the news was what happens to everyone involved, including those for whom the Museum was intended, trying to regain their confidence, wondering how they were coping? 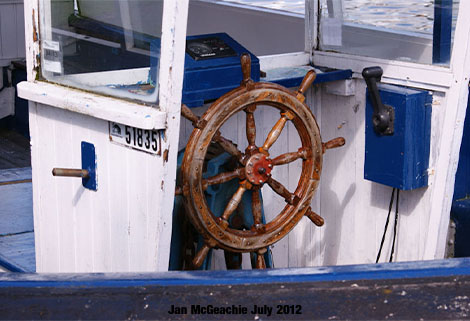 Why couldn’t this community asset have been saved? It wasn’t just somewhere to attract tourists to the region but also helped the disadvantaged and with links to the National Curriculum, was also used for educational purposes, funded by the Heritage Lottery Fund, to teach all about Goole Docks and the history of the unique Tom Pudding system that for many years moved coal along the river.

It’s a shame that in our throw away society, heritage and history counts for so little. 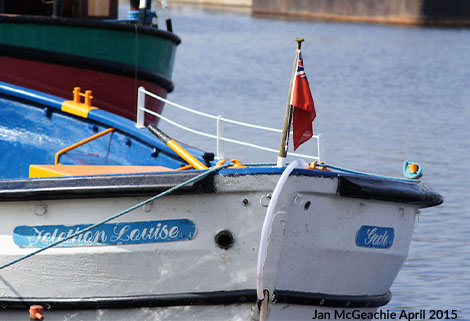 Its much loved fleet was unique and yet this flotilla’s future seems bleak, the assessors confirmed some for scrap and declared Waterstart, its disability aid for sailors wanting to take to the water, the only vessel to be sold.

Why couldn’t they have seen the heritage value rather than just write it off because they would cost too much to repair? 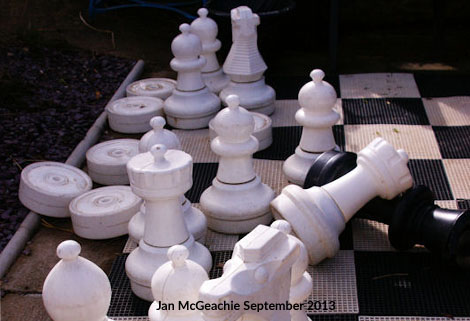 We loved visiting Yorkshire Waterways Museum – it was so easy to find, thanks to its brown signage, just yards off the motorway along Goole’s newest road. There you could always guarantee a warm welcome and a good East Yorkshire day out, the chance to relax by the canal side or potter around, exploring the history and heritage of the county’s waterways in its Museum, all admission free.

The entrance gates are now firmly shut whenever hopefuls arrive, the building closed but yet its website still proudly proclaims the site as a fun and interactive day for the whole family to enjoy. 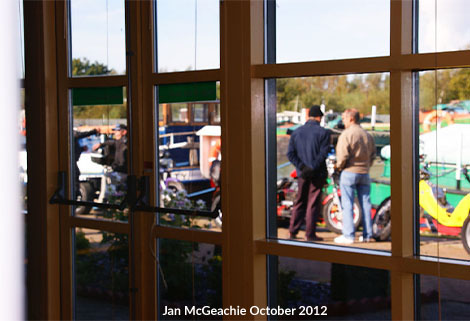 What I really can’t understand is why we have lost this gem and why those that wanted to save it were given so little notice?

During our many visits, we befriended volunteers and staff, coming to know some by name and would always stop for a drink and sample its fare, where the emphasis was always on how its home grown produce was picked from their own community garden, lovingly tended by volunteers. 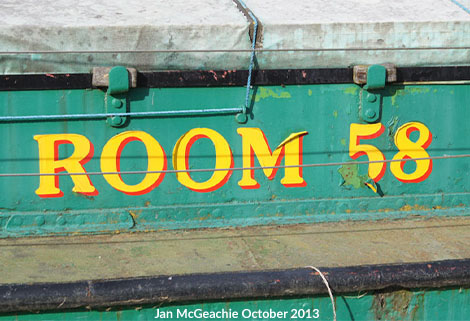 We were fortunate to experience boat trips around Goole Docks, which the Museum offered at weekends and during the school holidays. On one occasion, I was even able to skipper the Tom Pudding Tug 'Wheldale' built in 1959 (supervised), the same boat we had seen taking part in the Queen's Thames Jubilee Pageant in 2012, a memory I still hold dear. These all too short cruises were always informative, giving us all the chance to learn more of the history of the Goole Docks, as we cruised along the canal.

Wherever you went on the site, the staff were always so approachable and didn’t even mind me pointing out spelling mistakes on the newly introduced menu one year! 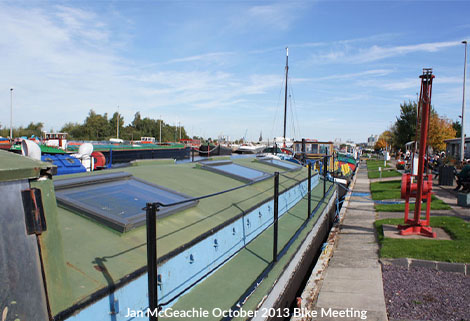 The Museum volunteers were knowledgeable, relaying facts about everything the Museum contained. Having learned so much, I was even considering offering my voluntary services, especially after the poppy wreath I crocheted for them last November was so warmly received and included in a picture in the local paper, when the Towns Mayor arrived to open the Centenary poppy display that others like me had knitted and crafted.

All that kinship unity lost - so sad. 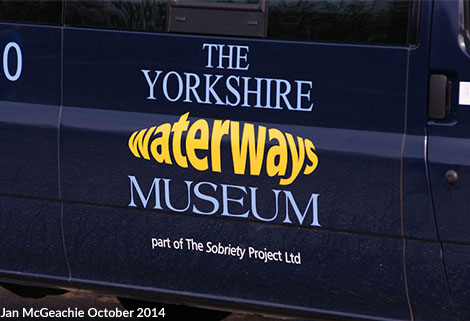 Thanks to a member of staff’s idea, Canal Roots was a chance for a relaxing day aboard Waterstart along the Aire and Calder Navigation following the canals route, which years before would have served as a working water highway. There was even the chance for an overnight cruise, sleeping aboard Sobriety with its own kitchen toilet and dormitories, supervised by crew in their separate berths. 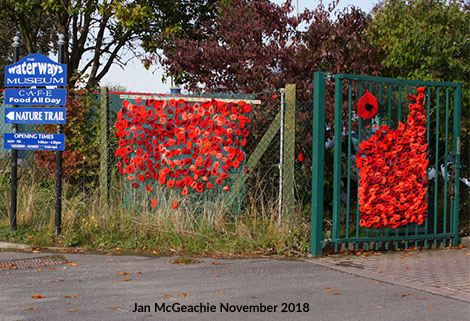 Since Yorkshire Waterways Museum’s closure, rumours have spread that the land is required for the cement site next door to extend their plot further alongside the valued quayside location? Other locals have suggested that the land is owned by ABP and blame Lottery and other well advertised grants drying up, once they realised that the much valued community led site was haemorrhaging money, trying to support those for whom it was intended. Some say it was built in the wrong place. Another town dweller admitted he’d shed tears over its loss and wonders why its concept and contents weren’t moved to another purpose built area in the vast Goole Dock complex to continue to educate the young and help support those with mental and other issues? 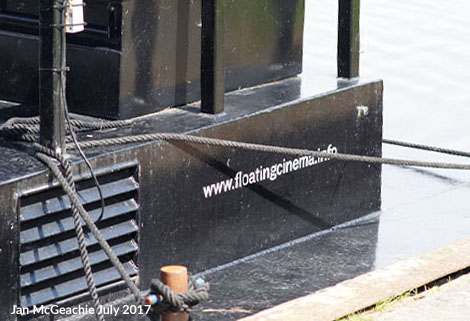 The Museum’s Mission was to highlight heritage, arts and environment as an education source whilst the Sobriety Project website (set up as a separate charity in 1973, using an inland waterways barge, was to help those hardest hit to achieve their goals, students excluded from school, young offenders and disadvantaged from deprived areas build confidence and self esteem) yet that website now declares itself as closed. 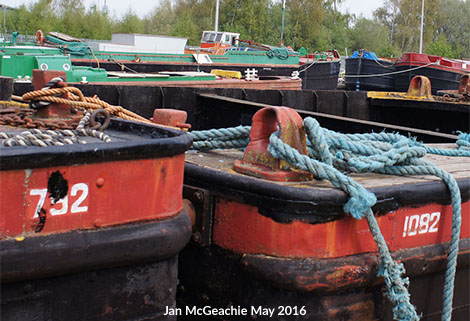 What has happened with schemes like Ignite Yorkshire and Reaching Communities that were meant to help solve their problems and create a positive assistance for the entire community and yet its closure has created an even larger problem, the volunteers who helped with the scheme scattered, all those skills wasted.

Shame that local large businesses could not get together to fund the project.

Sad those involved didn’t understand the true impact their action to close the Museum would create. Surely the need to achieve something positive to move those affected on should have been celebrated rather than ignored, rather than forcing them back into social isolation?

Whatever the real reason behind its demise, its loss is felt by those of us who visited the site for its many events for its social aspect alone, as we ask, where are we to meet those people now? 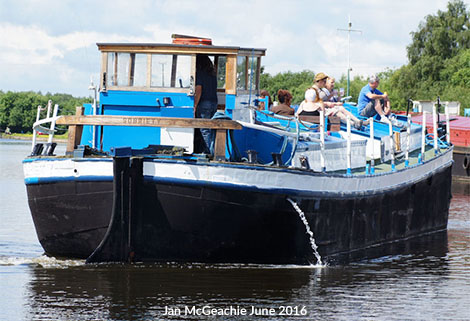 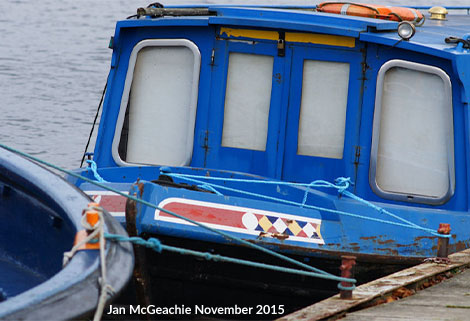