We've been incredibly privileged during the past nine years to navigate the vast majority of the UK Inland Waterways. Initially for two periods of six months in our first narrowboat (NB) Northern Pride. For the past six years living aboard NBAreandare.

Over the 2015 August Bank Holiday weekend, the Inland Waterways Association held the Northampton Festival of Water, primarily to celebrate the 200th anniversary of the opening of the Northampton Arm. This waterway connected the now Grand Union Canal to the River Nene, providing a route to the East Anglian waterways, culminating at The Wash.

We decided to pay to be one of only two boats booked to trade at this festival, having not previously experienced these waters.

During our descent of the 17 Northampton Arm locks, Barry experienced a flashback, and realised he HAD seen a glimpse of these narrow locks during his UK 'Overseas Experience', in the sweltering summer of 1976.

That one mini-memory evolved into a long-held fascination of the canals of UK.

It attracted us here from New Zealand - initially in April 2007. 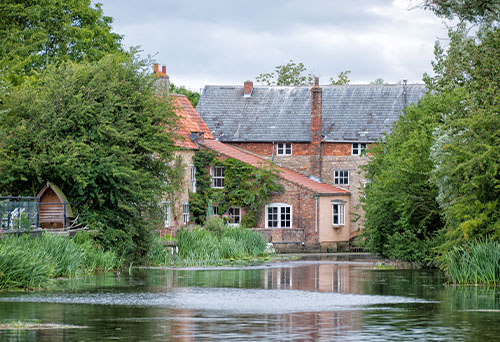 A Waterway of Infinite
Variety

We were extremely thankful we chose to venture onto the River Nene. A splendid waterway, well worth making the extra effort required - for a variety of reasons.

The experience wasn't cheap. However we felt the £54 one-week cost of a river licence for the waterway (which the Environment Agency kindly made two weeks for festival goers), £10 for an essential lock-key, plus the festival fee for both Barry and I as separate traders, was justifiable. While it's crucial we continually find ways to sustain ourselves financially, we've never wanted that to be the overriding feature of our plans. Otherwise our chosen lifestyle would become restrictive, repetitive and tinged with regret. Rather than one filled with freedom, flexibility and fun.

If boaters don't hold a 'Gold License', the current 2019 fee for just seven days on the Nene is £59.04. Rather costly considering the time it takes to cruise any distance. We deduce for that reason alone it's one of the less travelled waterways. 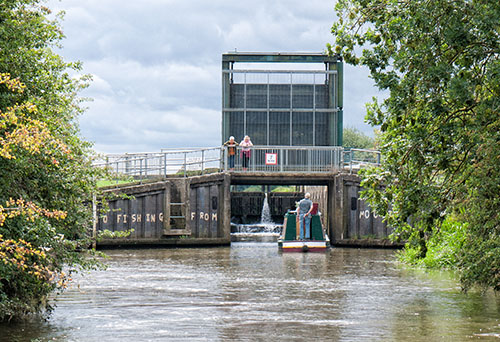 There are 38 wide Guillotine locks between Northampton and Peterborough. Continuing on from there, you'd eventually reach the Dog in a Doublet Lock, taking you out to The Wash and tidal waters. We sadly didn't even get as far as Peterborough this time.

At the bottom of each lock there's a guillotine gate. Many are opened manually turning a large wheel 75 times (hard work!); others are electronically operated at  the press of a button. The gate must be left up after exiting, so at every lock you're performing the  manoeuvre twice. Consequently each one is time-consuming. The 7mph 'speed' limit sounds as though you could travel fast and far - but we found we hadn't moved much before another lock appeared. 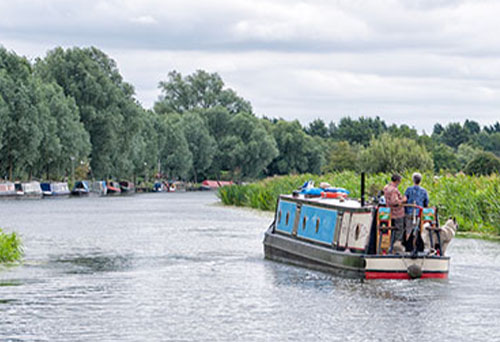 Whilst operating Western Favell Lock, Sandra found herself in the company of a cute-looking wild pony - little did she know it was infamous for its intense dislike - or maybe fear - of humans. It attempted to take a chunk out of her leg, and she had to be very assertive to extricate herself from its territorial defence. Beware!

We found suitable moorings challenging to find - never mind  pump outs! If only we'd done more 'homework' before our journey. Like reading the amazing dedicated blog page from NoProblem. (Check out the link at the end of this article if you're considering venturing to the Nene.) Also the organisation Friends of the River Nene (FOTRN) now have nine moorings dotted along the route, which they're hoping to expand. We'd bought a pump-out token at Northampton Marina on the way out, but didn't find anywhere we could use it until we returned.

Unsurprisingly the River Nene has a much longer history than the canals, having been  used since the Dark Ages. Along the route heading to  Peterborough are a veritable plethora of impressive historic villages. At times it felt as though we'd done an 'Outlander', and time-travelled hundreds of years. Remarkable churches, an ancient dovecote, thatched chocolate-box cottages, magnificent mills. The  quaint names conjure up images of long ago - Cogenhoe, Wadenhoe, Oundle, Fotheringhay. 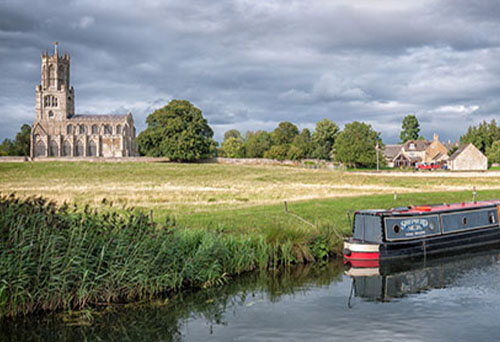 King Richard III was born at Fotheringhay Castle in October 1452, and Mary Queen of Scots beheaded there in 1587. Sadly the castle fell into disrepair not long after, and was dismantled in 1628. Only a mound of earth remains as evidence of where it stood. Well, that and a pub called The Talbot Inn at Oundle, which used the removed stones in its construction. It's a spectacular mooring close to the Church, but the local farmer may come and prise £4 off any boater staying near the mound overnight, or £2 for a shorter visit. Be warned! 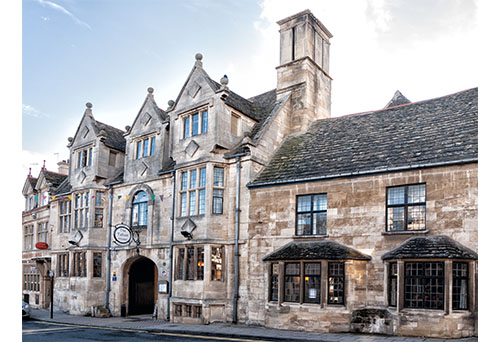 During our journey, we'd arranged to hire a car from Peterborough, through Enterprise, as Sandra had a pre-arranged facepainting event near her mum in Worcester. We discovered we couldn't possibly arrive there in time. This incredible company picked up Sandra, and all her facepainting gear, from a small hamlet called Elton - a 30-minute drive away!

Barry continued the journey alone, getting as far as Wansford, returning to Wadenhoe to meet Sandra a few days later. 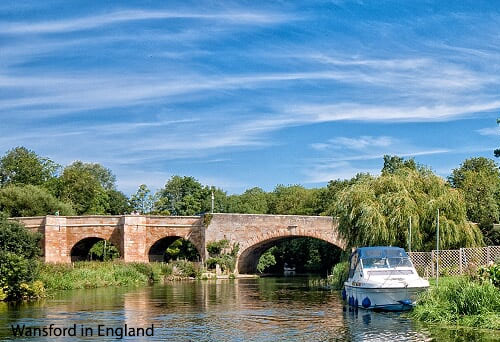 He adored a quaint tale from Wansford:

According to local folklore, the name Wansford-in-England originated when many years ago, a local man fell asleep on a hayrick. Upon awakening he found himself floating down the River Nene. Asking a traveller on the riverbank where he was, and upon hearing the reply “Wansford”, asked, “What Wansford in England?!” 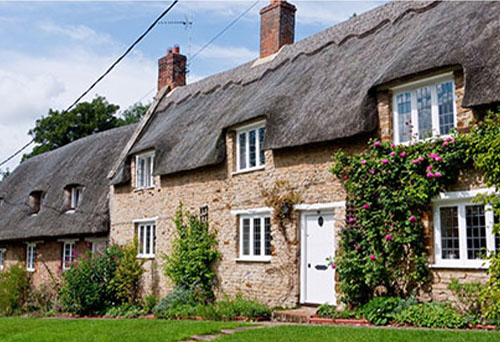 As you can hopefully picture, to really appreciate this delightful waterway, we'd recommend taking your time. In no way did we do it justice. We merely scratched the
surface of the abundance of delights along this historic river.

Maybe it's worth buying a Gold licence, meandering
slowly, and soaking up the gifts on offer? You could even cruise to The Wash, turn left, and hug the coast up to Boston - the subject of one of our previous articles.
Boston that is. Not the Wash. Maybe one day ...