tales from the old cut 2

On the 30 October 1880, a 23 year old boatman named Thomas Ames stands calmly in Bristol Assizes. He is accused of murder and if he is found guilty, he will surely hang. In an unusual turn of events, he does not. He is charged with manslaughter and sentenced only to 7 years in prison. He takes this information "stolidly" and leaves walking "firmly". It's like he doesn't care that a child is no longer on this earth because of him, and in all probability, he doesn't.

What happened to bring this young man to such a condition though?

On the 24th August 1880, 2 young boys went out fishing on the Kennet and Avon canal at Widcombe, near Bath. Francis Hawkins, aged 10, and his friend, Albert Edward Miles, had climbed onto the cill of Widcombe Bottom lock and were catching trying to catch eels with their bare hands. Close to the next lock, James Hillier, 18, and William Vowles, 13, were fishing quietly.

History doesn't relate whether the two boys in the lock knew there was a pair of boats coming, but Albert went to climb out of the lock, slipped off the gate and into the water. Unable to swim, he was immediately in trouble and his panicked friend shot up the gate screaming for help.

The two young men fishing ran to the aid of the struggling child, quickly getting into the water. The levels must have been down as the newspapers note that the cill was 3ft above the water itself, and the two gallant young men grabbed Albert under the arms and started swimming with him towards the open bottom gates, the easiest route to getting back out to the land before the installation of safety ladders. 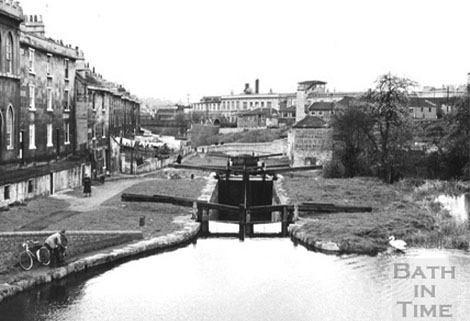 By this time, there are at least two other people at the lockside encouraging the the swimmers (one newspaper says there were hundreds. This is unlikely though as no one attempts to prevent what happens next); Edward Weston, aged 15, who had been walking by when Francis started screaming and Mrs Betsy Cox.

Our boatman, Thomas Ames, had been sent ahead to set the lock. From what transpires later, it is fairly safe to assume he is what gets known as 'Ninepence in the Bob'. He walks to the open gate and laughs at Edward Weston when he asks if Ames isn't going to jump in to help (it was often assumed that boatmen could swim) "Let the bastard get out the best way he can."

Ames shuts the open gate on the swimmers and flings the paddle up. Water pours into the chamber and slams into the trapped boys. Albert is dragged from the grasp of his rescuers and swept beneath the swirling water. Mrs Cox yells at Ames as he's lifting the paddle; "Good God, you'll drown the lot!" and he stops winding, but water is still pouring in.

The noise has drawn more people, including a man named Baynton, from the nearby pub "The Boatman's Arms". Baynton has the presence of mind to grab a pole and ladder, and fish Hilliers and Vowle from where they're clinging to the wall of the rapidly filling lock, and the coroner noted that this action probably saved their lives.

The accounts don't tell us much of what happens next. One newspaper describes that PC William Whippey arrived at the scene as they had just recovered Albert's bedraggled body, and he arrested Ames, who was stoically leaning on the lock. At the police station Ames apparently volunteered that "he had seen the boys in the water and let the water in", and answered "yes" when he asked if he understood he was being charged with causing the death of the boy. 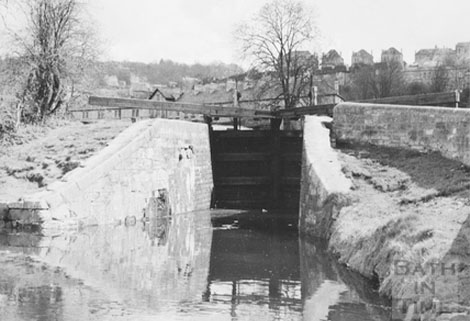 The Coroner held an inquest at the pub that lasted 2 days. Throughout all of it, Ames offered no defence or rebuttal; the nearest he got was saying he dropped the paddle. The PC who arrested Ames said that he had known him by sight for several years, and the inquest confirmed that Ames was a "bargeman, and had been travelling with the barge for several years."

The coroner appears to look at the case as though Ames was 'normal', and he was damning, encouraging the jury to consider how Ames had behaved with"Wilfulness, deliberateness, and intention throughout." He even went so far as to interrupt the jury when he found out that they were inclined to offer a verdict corresponding with the fact that Albert had fallen in accidentally in the first place, and reiterated that if the gates hadn't been shut on and water let in, the rescuers would probably have succeeded in saving the child's life.

The jury went away again and came back an hour and a half later. Their decision was that Ames had been the cause of death, but it had not been done with malice aforethought- their verdict was manslaughter.

By the 30th October, Ames stood charged with wilful murder.

It would appear that Ames barrister pushes straight away for manslaughter, using an argument that we would know as diminished responsibility. The initial facts certainly paint a picture of a cruel and callous murder, but the jury settles on manslaughter. The judge is given a testimony from someone who knows the prisoner and is respectable enough to be taken seriously; another newspaper notes that it is a former employer. This man's testimony accounts Ames being "less intelligent than ordinary", "Somewhat stupid and ignorant, and of a low type of intelligence".

This testimony is taken into a account as well and Judge Denman sentences Ames to 7 years.

He is taken away and it appears he serves his sentence out in Pentonville Prison, and in 1896 dies in the Wiltshire County Lunatic Asylum, having been there for at least 5 years.

James Hillier and William Vowles were commended for their bravery and given £3 each from a subscription, and The Royal Humane Society awarded them with medals.

Albert Edward Miles was buried 3 days later after the tragedy in the Lyncombe, Widcombe, and St James’ Cemetery in plot M.C.48, where eventually he would be joined by his parents.

There are more records out there that will tell more of this story, and might even give us some faces of those involved, but for now this is all. Perhaps the ghost of a man by the locks who vanishes when questioned might rest easier when the whole story is known...