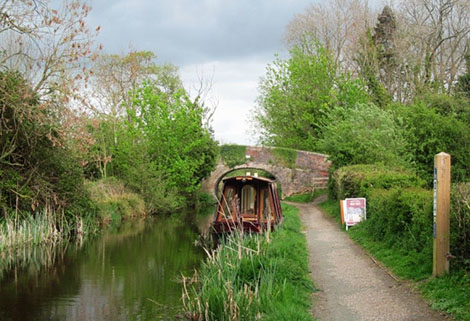 At the end of April and beginning of May we spent a week in the beautiful county of Shropshire. We stayed near Oswestry adjacent to the Montgomery Canal. The Montgomery Canal is one of the most beautiful waterways on the network and appeals to many people particularly for its rural and rustic feel.

The Montgomery Canal was opened in 1821 from Welsh Frankton, Shropshire, to Newtown, Powys, and it officially closed in 1944 down to a lack of usage and then a recent breach. The 35 mile canal goes through some incredible countryside and a 2.5 mile stretch, near Oswestry, is designated as a SSSI (Site of Special Scientific Interest) for its natural/aquatic nature.

We walked from Welsh Frankton (Frankton Junction) to Four Crosses, Powys, in short stretches, during our week’s stay. As the canal is rural we had to turn back and return to our starting point or where our car was parked. Public transport is fairly limited in those areas we were walking through so doubling up was not an option. We walked approximately 11 miles (22 miles in total) on the cut in the week and the Montgomery Canal is such a stunning waterway to walk on. There is a calmness when you’re walking on non-navigable stretches as you realise how quiet and peaceful the cut is because of a lack of boating activity and canal life in general. I look forward to seeing it fully restored in the not too distant future and further information about The Monty and its restoration work can be found here.

A beautiful stretch with the countryside surrounding us and we saw some of the restoration work in progress at Bridges Nos. 84 and 85. We had to turn back just after Bridge No. 84 because of the towpath closure. 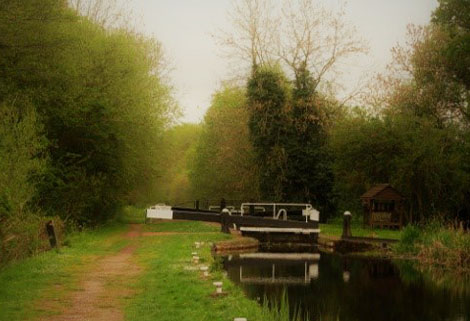 We ascended up the Aston Locks and passed the nature reserve, which is part of the SSSI section, and we turned back at Queen’s Head. It’s another beautiful stretch. 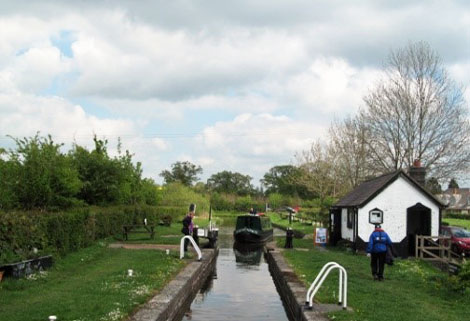 We did a 4 mile stretch from Frankton Junction to Queen’s Head and did the same mileage returning. We climbed down the locks and checked out the disused Weston Branch. We continued our descent towards Perry Aqueduct – definitely a rural stretch until we reached Heath Houses where a road runs along the canal and thus noisier. At Queen’s Head we stopped for lunch by Bridge No. 76 and then walked back to Frankton Junction. As we approached the staircase locks we saw boats descending. Boat passages have to be booked ahead of time with the Canal and River Trust and they only operate just at lunch time on most days. We had glorious weather. 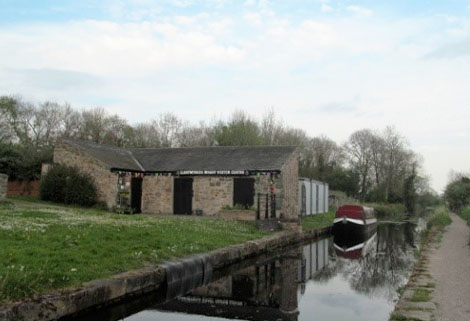 We had an evening walk from the village, which straddles on the English/Welsh border, and explored the disused section though we were able to walk on the towpath. It was a pleasant stretch through woodland and countryside. Reached Crickheath Bridge No. 85 where all the current restoration is happening between this bridge and Bridge No. 84. Llanymynech and environs are known for its past limestone activity which is evident with its nearby limekilns. 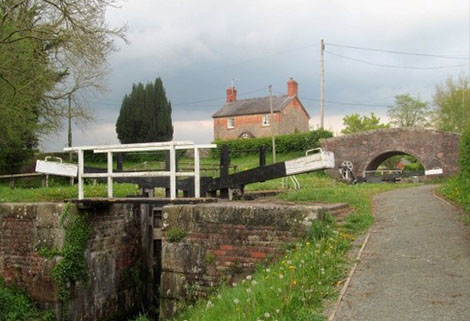 Our final evening walk of our trip and this is probably my favourite stretch so far on the canal. We returned to Llanymynech and crossed into Wales for our walk down to Four Crosses. We saw some interesting canal features including the paddle gear at Carreghofa Locks and the two aqueducts including the impressive one crossing the River Vyrnwy. Reaching Four Crosses we were hoping for a celebratory drink at one of the pubs in the village but only to find that one of them has closed down and another is just a hotel (it appeared closed). After our failed attempt we returned to the canal via its busy bypass’ subway, had refreshments at Bridge No. 99, and returned to Llanymynech.

We will walk the remainder of the canal on a future trip. We however made a stop at the stretch in Welshpool and were hoping to visit the Powysland Museum and Montgomery Canal Centre but it was closed as it’s earmarked for the town’s library to occupy the building in the future. So we spent a brief time looking round the fairly quiet stretch including the wharf and town’s locks.