what did you do in the lockdown daddy?

Home » Editorials » what did you do in the lockdown daddy?

what did you do in the lockdown, daddy?

Boris has given us his road map.

To be honest it looks like an A to Z of the North Circular that a toddler has scribbled over, but at least it’s a map. Things will gradually begin to open up.

Of course all the things we really want to do, like go to the pub, pictures, football, theatre, etc., are pushed toward the back of the list, but hey - it’s a map.

Which all begs the question, ‘What did you do in the lockdown, Daddy?’

So sit here upon my knee my child, whilst I puff wistfully on my clay pipe and reminisce about the good old days. 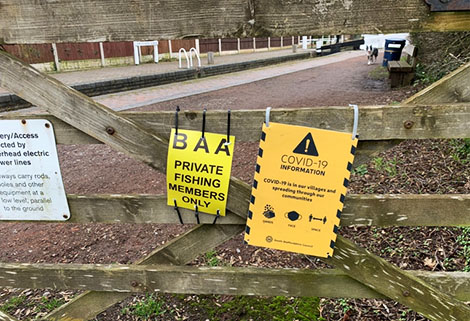 And what days they were, eh?

We wore masks, sanitised our hands with alcohol rub until they were drunker than a hen night in Why Aye land and learnt the metric system at last - or at least that two metres was just about, appropriately, something like six feet and a bit. Give or take.

Meanwhile our lords and masters went into overdrive. Dominic pretending that he wasn’t really on his holibobs faked a trip to Specsavers. A cabinet minister's wife lined her pockets with our taxes supplying PPE which, rather like the government itself, was not fit for purpose. And poor old Boris, sick of being blamed for everything and anything became just that - sick - stricken by the very disease that he was trying to protect us all from by attempting to shake the hand of everyone in the country. Perhaps he’d caught a chill attempting to hide in a freezer.

Track and trace did nothing of the sort.

We sat at home and did nothing, saw no one and were careful to not touch our own face with our hands whilst simultaneously keeping a minimum of two metres from the cat, proud of ourselves for being so adept at multitasking.

We drank ourselves into oblivion whilst binge watching box set after box set and then so drunk on canned lager and cheap wine we forgot what we’d watched and went through them all again - backwards.

And we learned what it was like to be truly deprived as Corrie, EastEnders and Emmerdale slowly ground to a halt and we were forced to watch re-runs of Dirty Den and Ange struggling with the complexities of marriage, causing many of us to reflect on the merits of knife crime, poisoning and hiring a hitman.

Nervously, like frightened rabbits caught in the headlights we shuffled on to our doorsteps at regular intervals to give the NHS the clap.

We rushed out and bought a shiny new bike, because Boris bunged us a few bob to do so and rode it with vigour, determination and without due regard for the safety of others, until it started to rain and we chucked it, our helmets, fluorescent jackets, knee pads, elbow pads, emergency break down kit, into the shed with the intention of flogging it on eBay the next morning. 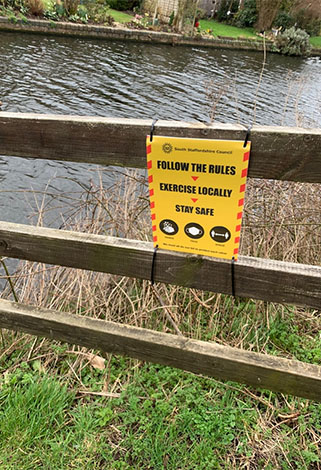 We blamed the Chinese, completely forgetting that Ozzie Osborn had been stuffing raw bat down his neck with no ill effects for years, watched in awe as Donald Trump eclipsed even the efforts of Boris, our own resident buffoon and completely forgot that we were supposed to be blaming him for Brexit.

And then, like a fog clearing, it came to an end and we all rushed out to ‘eat out to help out,’ while the pubs operated with reduced hours to compress us more densely into restricted spaces.

We hurtled around the shops (one way of course) blue in the face as we all tried desperately not to breathe lest we get infected and put a strain on the NHS which quite frankly needed the customers because no one seemed to be getting any illness that wasn’t directly linked in some way to Covid.

‘Been knocked over by a bus sir? Have you had a minor sniffle in the last twenty five years? You have? Sounds like Covid to me nurse. Book him in and phone Matt Hancock immediately.’

But, fools that we were, things weren’t getting better they were getting worse. The health experts tut-tutted, telling us that it was our own stupid fault, we’d brought it all on our own heads and totally deserved everything that we got. And those were just the experts on Facebook Tube. The experts in the media were almost wetting themselves in excitement. Nicky Campbell debated the subject endlessly on the radio, Robert Peston’s vowels got even more strangled by the day and dear old Laura Kuenssberg considered starting her own tv channel.

So they locked us down again so that we could stay at home an enjoy the frenzy.

‘It’ll be o.k.,’ Boris assured us, ‘It’ll all be over by Chrissymus, so we can look forward to that so long as we’re not too merry about it.’

I think they said something similar about the war.

And verily it came to pass that the great feasting and celebration for the birth of our Lord and saviour wast cancelled by Pontificating Boris forthwith and the plans and aspirations of the many were cast down into the eternal pit of despair ne’er to see the light of redemption again.

But at least Captain Sir Tom was still lapping his garden faster than Lewis Hamilton on a child’s tricycle. Irony of ironies that the new big C got him as he was busy doing what the government should have been doing all these years as he paid for the NHS.

And so it came to pass that lockdown v2.0 became lockdown v3.0 virtually overnight and the little children who had suffered to go to school one day were summarily incarcerated again overnight. Oh, and only stay local, commanded Boris as he circumnavigated the capital city on the Boris bike (a bit like the Batmobile but distinctly wobbly and with no dress sense).

But salvation was at hand. 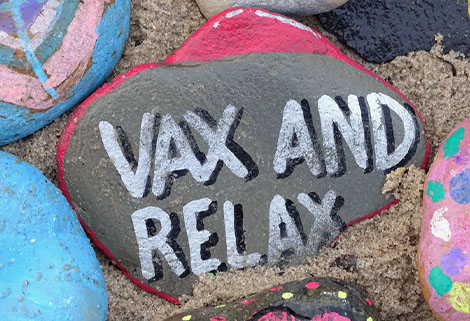 In a dazzling move, which stunned the world and certainly the EU who we’d recently left although no one had noticed, we developed a vaccine.

In a move which left everyone totally gobsmacked, the government had ordered some. Bloody gazillions of  gallons of it. More doses than you could imagine. Not only that, but it had hedged its bets and also ordered gazillions of gallons of vaccines from other sources.

The EU caught short, chucked it’s teddy out of the pram and had a Paddy. Or not. Depending on which side of the Irish border you are.

Some of us, depressingly reminded exactly how old we are, have already got a little prick. Now, now missus, titter ye not!

We have to have another jab in 3 weeks, sorry, what’s that Boris? You meant months? Never mind we can see our holidays galloping over the horizon so we don’t care.