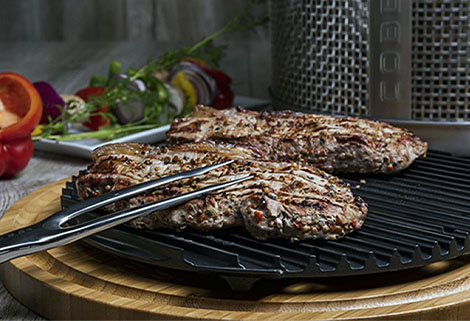 In December 2001, Time Magazine featured the Cobb as one of the best inventions of that year. This was a major turning point for what had started out as an obvious idea to an environmentalist in Africa several years earlier.

The developer’s idea was to encourage native Africans to use corncobs as fuel for cooking, rather than wood or coal. He devised a simple clay pot stove with a steel mesh grill that Africans could easily make and fuel with their abundant supply of corncobs.

The idea took hold and resulted in the development of the Eco Cobb, an inexpensive, all metal stove that could be distributed in aid programmes in third world countries globally.

Cobb’s commitment to a continual improvement program has resulted in the worldly acclaimed product we see today which is available with several accessories. 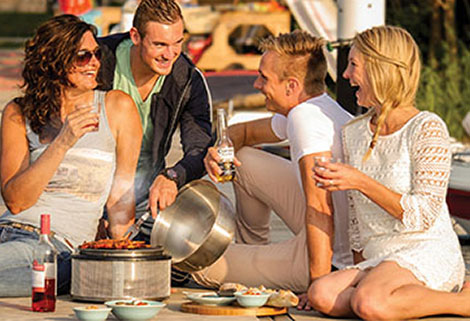 The award winning Cobb™ system can roast, bake, smoke, fry and grill. Cobb cooking is fuss-free. Perfect for home and away, the Cobb is easy to clean, light-weight, simple to use and maintain. You can even move the Cobb while cooking to wherever the social gathering may be – outdoors, on the beach or even on a boat.

Endorsed by the South African Heart Foundation, the Cobb's unique patented design allows excess fat and oil to drain away into the moat / inner sleeve for healthier cooking. 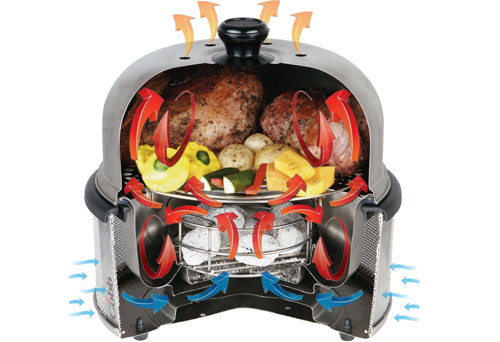 The Cobb is virtually smokeless, since the fat and oil drain away and not onto the fire. The base always remains cool-to-touch on the outside whilst cooking hot on the inside.

The Cobb is made of only the highest quality durable materials and because the Cobb has no moving parts, nothing can go wrong. 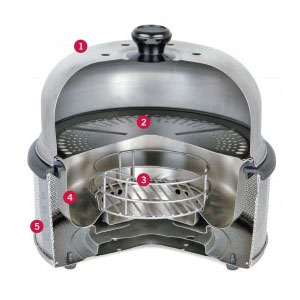 the elements that make up Cobb...

The Cobb is packaged complete with instruction manual. All the components with the exception of the base are dishwasher safe. 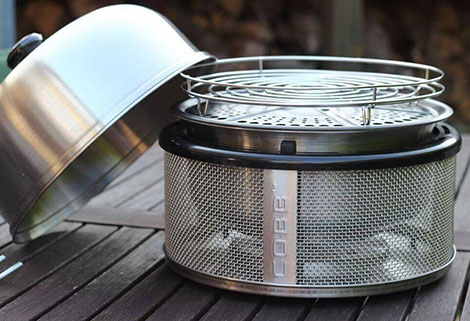 As far as we can determine, the Cobb has the smallest carbon footprint of any manufactured oven on Earth. Order yours online today! WIN A COBB BBQ HERE!!