It's been a bit over fifty years since I first stood in the derelict house alongside Shipton Weir lock on the Oxford Canal. The love of all things waterways related started there, and I feel I did the long gone building some justice by letting it live again in my fictional writing. To fall for one moribund structure is probably not that bad a thing for a ten year old but I now find, at the age of sixty-two, that something pretty similar has happened. Last year I spent some time exploring the remains of the Lancaster Canal in Preston which includes a “temporary” tramway that never became a canal. 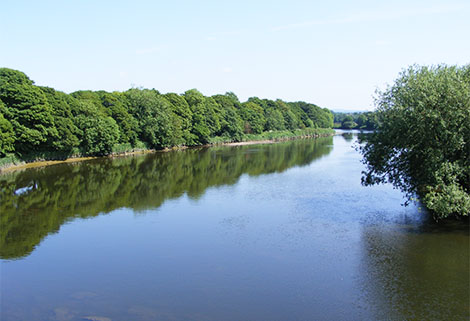 This part of the system opened in 1805 and was supposed to last just six years and, whilst most of the route is hard to trace, the section that took it from Preston basin through to Carr Wood has mostly survived due to a land deal done between Preston Corporation and the railway company that then owned the canal.

After over sixty years of use, the bridge changed its purpose from an industrial transport route to being a part of the grand southern entrance to the town's (then new) Avenham Park. An avenue of lime trees was planted along the line of the old plateway embankment and the bridge was refurbished to better than new condition. This started the new phase of its life which began in 1872 and continued up until February of this year when the bridge was closed for safety reasons. 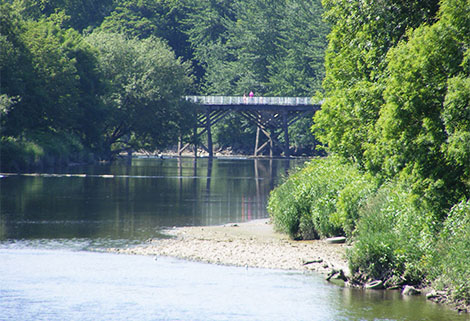 I remember watching the river from the centre span, my old Carlton bicycle propped against the railing, as I absorbed the general timeless feel of the area.

Of course this was not the original bridge deck. That had been replaced more than once in wood, and finally in 1966 (a year before I set foot in Shipton Weir lock house) in concrete. The trestles that support the deck were replaced (again in concrete) in 1938 after some serious flood damage, but it is still the same bridge even if no laden wagons crossed the current iteration to be hauled up the Avenham incline. Their echoes were there though and I was very sad to find the barriers blocking what looks like a solid path across the river.

I spoke to some people who had arrived at the bridge that day, and each one of them had their own memories of it. 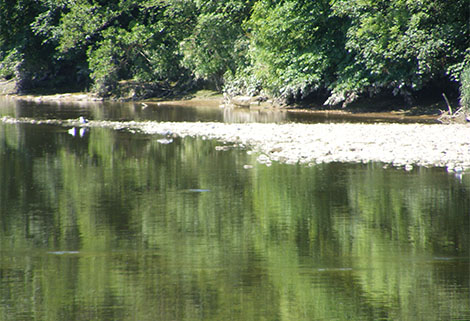 I was unaware of the magic that this special piece of marginally  landlocked canal history was speaking to me as well, and befriending me as it did.

I rode alongside the river, over another crossing, then through Avenham park to the other end of the bridge where, looking up the incline to where the old engine house once stood, I could picture the sounds and smells of the old plateway in its heyday as the horse drawn wagons were assisted up the slope by a continuous chain. In short I was as hooked as one of those wagons. 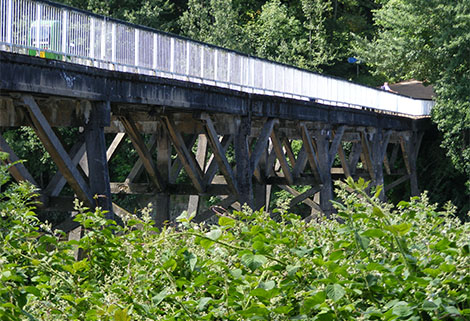 It was a couple of days later, at the weekend, that I felt a little bit low about the closure and decided to see if anybody else felt the same way. The best way to do that was to start a little support group on Facebook.

By the end of the day I had thirty seven people that felt the same way as me about the situation. By the end of the weekend there were nearly three hundred. Now there are more than fifteen hundred, a petition with heading towards five thousand signatures and a rather confused me.

This is a few lumps of reinforced concrete that are not really that significant in terms of their architecture. It crosses the river at a low level and is pretty unassuming in all ways. 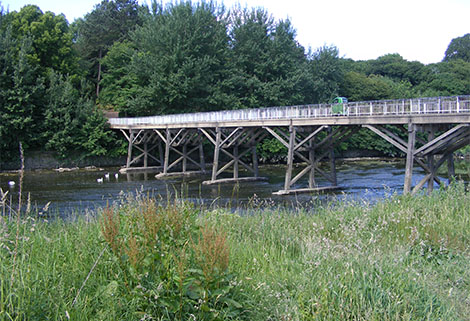 But I'm not the only person that fell in love with it. People have told me that it has played a part in youngsters falling in love with each other in the days before mobile phones. The railings on the bridge back then provided several little spaces where notes could be left for the intended recipient to pick up on their way across the river. I imagine assignations being arranged, romance starting and wonder how many children have come into the world as a result of a lasting relationship that started with a meeting on the insignificant re-purposed structure that is our much loved Tramroad Bridge.

That begs the question of what makes for significant or otherwise in this world. Yes, the thing wasn't meant to be there, it should be an old aqueduct but, due to the canal company running out of cash, that never happened. 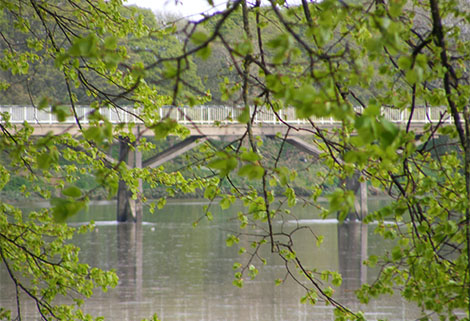 It's not that pretty but it means so much to so many. Walks across it to the ice cream shop that stood near it are a fond memory of its last days as a wooden structure. Just standing and contemplating life, absorbing the history from the centre span. All of these little events have seeped into the pores of the concrete that now forms the bridge. All part of a history that goes back well over two centuries.

I learned recently that the first baptisms of the Church of the Latter Day Saints took place in the shallows by the bridge. A race was run across the foot-ways alongside the tramroad with the first child to arrive from the other side of the river being the first to be baptised. Each tale leaves its mark on the atmosphere of the area in which the old Tramroad Bridge is at the heart and therein lies its significance both as an historic river crossing and a piece of architecture.

I would say that falling in love with what was originally a temporary bridge is probably a bit on the strange side but, over the centuries, there are thousands that, like me, have done just that. To radically alter the way it looks, or simply destroy it would be beyond sad.