the dark side of the fly

Home » Editorials » the dark side of the fly

the dark side of the fly

To talk about a fly boat instantly conjures up images of sleek narrowboats relentlessly gliding through the water night and day.

Shropshire Union Canal Company boat “Saturn” is now the only one of this kind left, a beautiful survivor from a bygone age who spends her retirement travelling in state to teach children and adults alike about the Old Days. 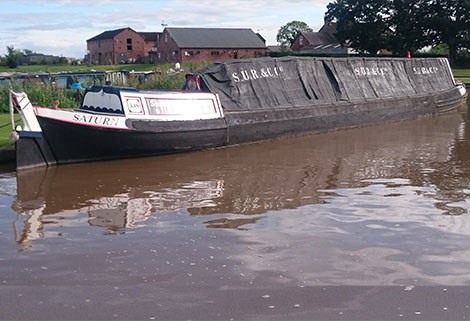 The problem with the Old Days is that there are of course Good Old Days and Bad Old Days, and not many people want to talk about the latter because they tend to be brutish and nasty.

I am of course going to look at the Bad Old Days.

By the 1820’s, the industrial revolution was heating up and speed was becoming an overriding factor of life. Boats, especially narrowboats, were what we would recognise today and the only card that the jostling competitors really had to wave at prospective clients was time and security. In these early days, vessels were broadly split down 2 types; the slow boats (carrying heavy goods such as stone or coal) and the fast ones (carrying alcohol, food, valuables or people). The fast ones were fly boats, (a name coming from the “flying wagons” they were replacing) working all the hours they could muster and often having right-of-way to overtake the slow boats.

Passengers could legitimately book a space in the hold of one of these boats with the company or they could ask around the wharves and find a boat willing to smuggle them on board for a brown envelope to the boat’s captain.

In 1823, Thomas Shaw, his sister and her 5 young children arrived into Liverpool on the ferry and took a barge over the river to Preston Brook Wharf, where they went into the cosy office of Messrs Snell and Robins and booked a space in the next flyboat bound for London.

She had, as all flyboats did at that time, a crew of 4 (2 working and 2 resting on a shift rotation) sharing a small back cabin, and her passengers were given a generous bed of straw towards the front of the hold.

The boat had been going for 3 days when they arrived at Cowley Lock (on the Grand Union Canal), Shaw was in the hold and witnessed another Irish woman being led from one boat cabin to theirs and money disappeared into the back pocket of the 20 year old captain, Samuel Hodkinson.

What truly happened next is unclear, but on arriving close to London, Hodkinson turfed the new passenger out and pointed her in the wrong direction for the city. A watchman corrected him and, as soon as Hodkinson was out of sight, Eliza Clayton burst into tears and said she had been raped repeatedly on the journey.

Although the crew of the boat were ultimately found innocent, it is hard to believe that they truly were. Eliza did not benefit from lying, and during the court case it became clear that at one point she had tried to travel in the hold with Shaw and his sister, but they had been too frightened of the response of the crew to intervene.

16 years later Christina Collins would board a Pickfords flyboat at Preston Brook and suffer a similarly distressing journey with a more tragic end, and although it can be truthfully said that the evidence against the boatmen as her murderers was somewhat thin, they were certainly frightening enough that no one dared intervene against them. Christina clearly needed assistance.

It has been theorised before that, that the development of the family boat around the 1850s was when the boatman started to become a creature of quiet dignity raising his family as best he could; before that, the boatmen were small packs of feral young men “fearing neither God nor man.”

The famous Pickfords took it as read that their crews were going to go about the country in coats with poachers pockets and shrugged it off, only getting involved if the crew had the audacity to try and steal bulk cargo off the boats. In 1811, they had no sympathy when a crate of china was found to have been cracked open and the missing goods discovered in the cabin.

For every new safety measure to seal the cargo, the boatmen came up with an answer; wax seals were melted off so they could be replaced, sacks would be carefully unpicked, barrels of alcohol would have a hoop knocked off and a hole drilled through the timbers, contents poured out, canal water poured back in and the hoop replaced.

By 1832, there was a distinct lack of confidence about the safety of a cargo and long fore cabins were appearing on some boats to allow expensive cargoes to be physically locked away from the crew, an idea that never gained particular traction due to the crew simply picking the locks.

Of course, for every flyboat that gained notoriety through some misdemeanour, another 6 or 7 just quietly and efficiently did their job. The fly boaters were a particularly tough specimen of an already hardy breed of people, and the companies recognised it. A Pickfords captain in the early 1800’s could be paid 5 guineas for a trip from Manchester to London, out of which he had to pay his crew, but as the horses were supplied by the company, a captain stood to make a good profit in just a few days' work. Not that he had much of a chance to spend it, as many flyboats worked one trip after another without break, forcing the crews to live cheek by jowl for weeks and even months on end.

It’s unsurprising then that captains quite regularly found their belongings had disappeared into the night along with a member of the crew when they arrived at the wharfs; watches and neckerchiefs were regularly pocketed but coats and other clothing also went. Trousers were a favoured target  with one apocryphal case telling how a captain woke up to find all his meagre clothes, including his only pair of trousers, had been taken in the night, leaving him forced to come out of the boat with a threadbare blanket covering his dignity in search of help. The blanket being so threadbare that a constable was summoned by security because of a pervert nudist walking round the wharf! 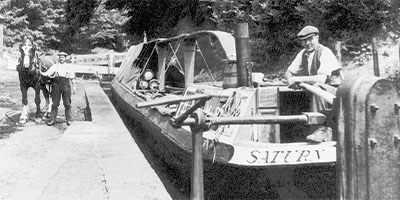