Home » Editorials » so good, it went in the book 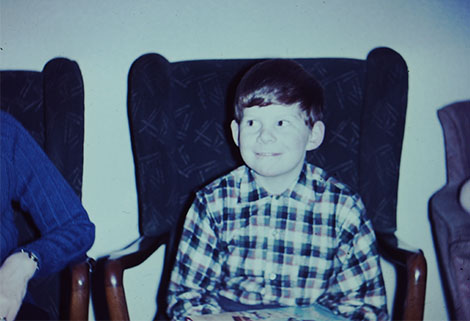 The 9 year old me looking a little shifty...

Going back to the summer of 1965, when I was just nine years old, it was time for our second waterways holiday on a boat hired from T. W. Allen and sons of Molesey.   This time it had been decided, in discussions that I was not privy to, that my maternal grandmother would come with us.

A bigger boat was needed so we plumped for a wooden one that T. W. Allen had christened River Rose. The boat dated back to the mid to late fifties and was typical low to midrange fare.

We had a chemical toilet (not for the faint hearted) and sinks that were converted (due to a change in regulations) so that they no longer discharged into the river. This conversion was in the form of a bucket under the plughole with the pipe to the external discharge simply chopped short!

After a very short time Dad had decided that the thing was both underpowered and ungainly but we were happy to go, crab fashion, as Mum put it, along at just below the 7 knot speed limit, tying up at Runnymede for our first night.   When it rained, we discovered that it leaked rather copiously and, worse than that, when dad pumped the bilges, he discovered that the leaks were not wholly confined to the superstructure.   We weren’t sinking though, so we pushed on.   We were going to enjoy ourselves even if it killed us! 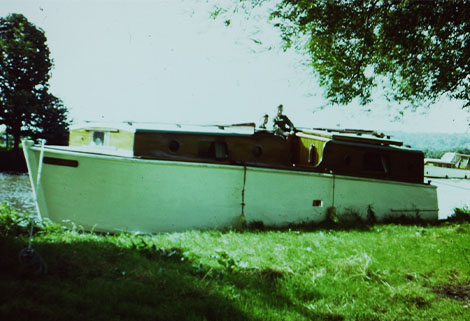 River Rose with the canopy down

It was the second day afloat that a vantage point on the back-cabin top became something of an issue with my elder brother claiming ownership because he found it first.   John’s extra two years in the world were something of a major factor to the nine-year-old me but I still protested the claim - getting the threat of a foot in the face if I tried climbing the short ladder from the cockpit to the vantage point.

Mum eventually intervened in the territorial battle before it turned into open warfare with the proclamation that we had an hour each or we were both banned.   With the issue settled, John and I more or less lost interest and disappeared into the front cabin to make paper cut-outs and play board games.   For the most part we got on fairly well and I remember us decorating the boat with the collection of chopped up scrap paper for Mum and Dad’s 12th wedding anniversary.   There were even two snakes made (by me) out of string as part of the decorations with a caption “Bromrikong and Sallikong wish you a happy anniversary.”

The midpoint and destination of Thames holidays was always Lechlade (though some people would do a turnaround at Oxford and it was at Osney lock that we discovered the reason for the leaky superstructure.

“They turned that around pretty quick,” the jovial lock keeper said.

It transpired that the cockpit cover was too low for the famous Osney bridge and had to be lowered, a simple process that the keeper was happy to demonstrate.   Shame that the previous hirers ignored his advice and help, saying that they would sort it.   They did this by heading at the centre of the bridge at whatever speed the craft could muster, smashing the windscreen and various other bits of the cockpit canopy to bits.   End of their holiday!   In less than a week, Allen’s had fixed it all up and dispatched us to enjoy our holiday, leaks and all.   Again, the Lock keeper was more than helpful, handing dad half a tin of old varnish and telling him to plaster it on from the outside around anywhere that leaked.

“I’ll tell old man Allen, so you won’t lose any deposit,” he smiled as we headed on (canopy down) to the bridge. 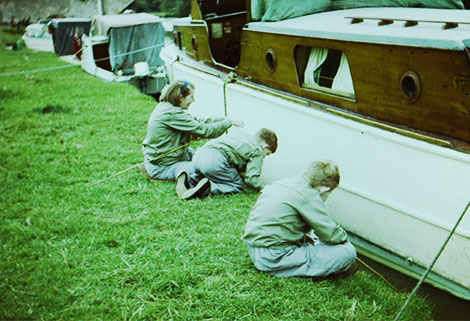 Mum John and me fishing for tiddlers at Lechlade

A couple more days and in brilliant weather, we tied up at the meadow below Halfpenny Bridge in Lechlade.

I still have a soft spot for the place, though I haven’t been there for over 30 years.

The meadow was massive, with plenty of space for John, me and some of the other holidaying kids to run around and play football or whatever other games we concocted.  This was that stuff that a childhood summer was made from with blue skies and seemingly endless blisteringly hot weather.   Then I was not so cynical as to be aware that it would eventually end in a thunderstorm and yet more leaks.

Something that was not subject to the weather was the treat that was dinner at the café that bore the name of A. Smith, run by two very kind old gentlemen.   The food was basic good cooking and the atmosphere was the genuine version of timeless. 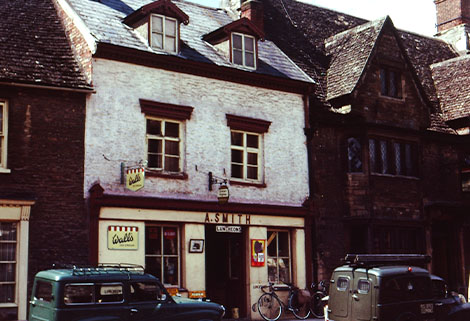 I had been looking forward to going there again for the whole year and was not disappointed when we sat down for our meal.   Part of this eagerness to revisit the place was the conundrum of the framed print of a seemingly random group of letters.

“YCWCYTFTB” it said, and I was determined to find out what it meant… So I asked one of the kindly gentlemen.

“Your curiosity will cost you thruppence for the blind,” he chuckled.

I’d been had!   But his delivery of the words made me laugh so much that I willingly coughed up half the price of a “Matchbox” toy car for the local blind charity.

Two memories of the holiday stuck so much that, when I wrote my second book, “Here we Go!” I included a visit to the café by my two heroes (Jim and Amanda) at a pivotal point in their relationship.   I changed its location and menu a little, but if you remember A. Smith, you will spot the origin of the café instantly.   River Rose also appears, in somewhat altered form as the basis “Clearwater Sky.”

Interestingly, whilst A. Smith’s café is long gone, I am pretty sure that the “River Rose” has survived in private ownership.   ©2019 Michael Nye.   www.michaelnyewriter.com