As mentioned in the last edition of ‘Canals Online’ magazine, spring has well and truly sprung and is now in full swing down by old bridge number 38.

Well I’ll tell you a few of the tricks us old timers living down by the cut use in defining the passing of the seasons. Firstly, during the first full school holiday week of Easter the tourist boats begin to weave their way up from Stourport. ‘Weave’ is the operative word as the novice captain of the vessel struggles with the intricacies of steering left but going right.

Also during this holiday period it rains. Incessantly. Yes, it comes down in galvanised bloody buckets. Happy Easter, pass the creme eggs, some oilskins and a sou’wester.

But there are other signs. Fishermen for a start. 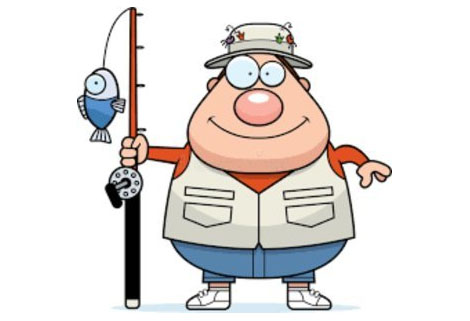 The secretive solitary angler has slowly been shedding his winter plumage. The waterproof green and brown camouflage jacket and camouflage over-trousers with visible bum crack have been replaced by a stunning pair of dungarees in a fetching Grey/ Black ‘shock and awe’ pattern just in case a Russian submarine should surface through the murky waters of the Staffs and Worcs. ‘Can’t smear Novichok nerve agent on my knob, Vladimir - I’m disguised as a rock.’

Flocks of them have now appeared on the banks, freshly returned from their winter migration to The Horse and Jockey or the far more exotic Hinksford Arms.

The calls have changed too. Instead of the customary grunt of the lone fisherman in response to any hearty greeting from passing walkers, the calls echo out as they try to locate their mate - ‘How about them Dingles? Couldn’t pass a ball if they tried!’

‘You need bloody talk, the Baggies ain’t much better.’

The ritual displaying of their wares is in full swing. Boxes on wheels have been dragged through the countryside before being opened up to allow all and sundry to see the bewildering array of hooks and lures lovingly arranged in trays. Phalanxes of carbon fibre rods lie across the towpath, held up on all sorts of tripods, steady’s, stands, racks and bits of old twig, giving each angler more catching power than a fleet of Grimsby trawlers.

A pair of Tupperware boxes, one with cheese sandwiches in cling film which have been mouldering on the windowsill since last Wednesday and one full of maggots fresh from the fridge lie discarded in the grass. Take care not to mix those two up then.

A chorus of disapproval starts at the far end and like some slow motion Mexican wave the only rod each of them ever uses is hoisted out of the water and into the air to let the latest learner skipper zig-zag his way past. 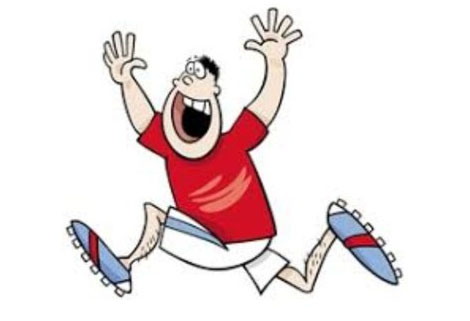 Coming toward us now is the latest fair weather visitor, clad in shorts, an Action Heart tee shirt and shiny new trainers. Yes, the occasional jogger has peeked out of its nest, discerned that the temperature is above fifteen degrees and it is unlikely to drizzle for at least the next half an hour. He has set out on a mission to jog up as far as the pub, stop for a crafty half and then head back in an effort to lose a few pounds. As well as his colourful plumage he wears a Fitbit on his wrist to be examined every few seconds as an antidote to his being unable to access Facebook in this wi-fi dead-spot called ‘the countryside.’ He is also sporting a utility belt which would make Batman green with envy. There is a water bottle handily placed to be unslung without losing pace. An iPod is connected up to his head with the latest in ear-bud technology. There is a spare water bottle and a container with re-hydration fluid for emergencies. A pouch contains a multigrain bar which when opened will look (and probably taste) like something that has fallen out of the backside of a squirrel. There are a packet of plasters because you never know do you? He once stumbled, fell and grazed a knee whilst attempting to hurdle a particularly well spread dog poo. Another pouch contains an economy tub of Vaseline just in case his nipples start to chafe and create static electricity against the nylon of his shirt. And if his right arm should somehow become incapacitated there is a further water bottle within reaching distance of his left arm, to which is also strapped a blood pressure monitor and a sweat band. 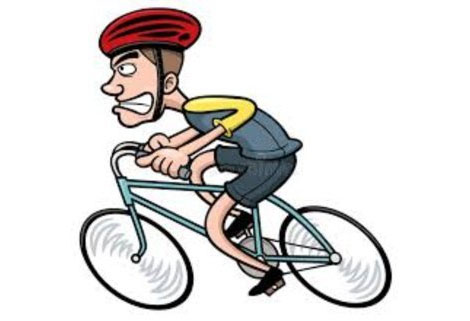 Another recent riser from hibernation is the fisherman’s arch rival. So fast and unwilling to stop are these creatures that it causes the normally reticent angler to swear and cuss like girls on a hen night in Newcastle as they hastily drag their fancy plastic rods off the towpath. In a blur of florescent Lycra the mountain biker swoops past covered in an array of multi-national corporate logo’s like an oversubscribed advertising hoarding, head armoured against attack and bum splattered in mud (well at least I hope that’s what that is!) because his bicycle is far too fancy for mud-guards. 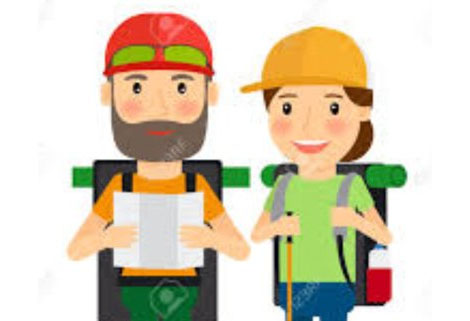 Also leaping out of the way are a pair of ramblers. Quiet and unassuming these shy creatures are also agitated by the cyclists ill-mannered charge past and the male may ‘TUT!’ loudly only to be admonished by his mate who will tap his arm apologetically and whisper, ‘George, really!’ They dress identically in a (whisper it, because the next bit is rude) uni-sex sort of way. Despite the heat they wear long grey woollen socks which are rolled down to the top of their hiking boots. Khaki shorts are topped with check patterned shirt (or blouse). He wears a cap, she a sun hat. He carries an Ordnance Survey map in a plastic cover and a compass which he examines at regular intervals despite being on a towpath which allows only a choice of two directions. She has a canvas knapsack inside which is a tinfoil wrap of egg and cress sandwiches, two packets of plain crisps, four Hob-Nobs in cling-film, a thermos of tea - no sugar, her reading glasses (his are on a string around his neck for map and compass readings) and two sensible raincoats.

If I’m not very much mistaken in that thicket over there, just off the towpath - if we approach quietly... Ah yes, I thought it was, the den of the angst ridden teenager - thankfully unoccupied. Normally raucously obnoxious when in a group but get one alone and it will become monosyllabic, with words like ‘yeah,’ ‘nah,’ or ‘innit.’

Well it’s very similar to looking out for Otter scat. As you will notice there are many empty cans of lager strewn about and the lingering smell of weed signifies that they have been marking their territory. We’d better get back out into the open in case they come back.

Watch out for the over excited Alsatian bounding along it will probably (ah yes, I thought it would – apologies for the tardy warning, it was running faster than I thought) sniff your groin and drool unnervingly. Here comes the owner, or ‘Dad’ as he likes to be called in Tyson’s presence, with a cheery if hesitant, ‘he’s very friendly, so I don’t think he’ll hurt you.’ He would have been closer to his pooch but he was diligently poo picking before hanging the plastic bag from the branch of the nearest tree like a gaudy Christmas bauble.

And that my friends is how we country bumpkins tell the time of year. Summer will be upon us soon, it’s scheduled for a week next Thursday - we will of course know by the arrival of a pair of Kayakers and a paddle boarder.

Oh yes, and the rain will be warmer.