one week in the life of…

Home » Editorials » one week in the life of…

one week in the life of devid scowcrovich

week one in lockdown - extracts from a diary 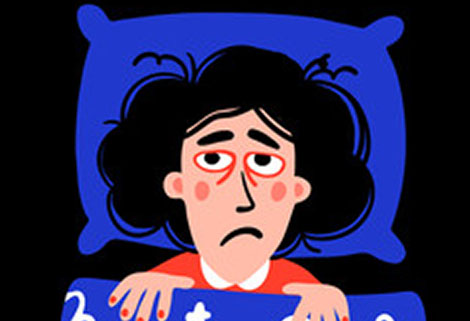 Bad night: sleeping tablets from Doc useless; may have to revert to Sid’s illegal offerings should he appear during the Lockdown.  Our security gates are closed therefore snugly isolated on boat.  I have campaigned for ten years to keep Gas Street Basin unpolluted and quiet – beware what you wish for!  The maid has not laid out clean clothes, so decide to manage with what I have.  Too cold for a shower will do it later - probably when the lockdown ends.  Decide it’s not worth shaving - there’s a chance I might cut myself and get an infection: not worth cleaning my teeth – having not many left to worry about.

Light fire; managed to order plenty of coal before Lockdown but there is a chance pontoon may tip over.  I have a good stock of kindling which I make from pallets stolen from outside bars.  Bars are closing so there won’t be any more – may have to chop-up Brenda.  Firelighters okay, provided local Sainsburys continue to stock.  I would get more but cannot move on the boat for toilet rolls.  Make tea for Brenda in the hope of sexual favours – denied.  Chance my life with a two hundred yards walk to Sainsburys for a paper.  Would not usually bother but I sent ‘The Times’ a letter concerning the number of rivets on a standard working boat hull and expect them to publish any day now.  Regale checkout girls with a couple of old Les Dawson jokes and offer sexual congress – denied.  Slump on sofa; newspaper depressing; full of deaths, none of whom are on my list of those who should have joined their maker long ago.  Turn on TV ditto with newspaper but can watch a repeat of ‘The Heroes of Telemark’.  Listen to circulating pump making funny noises, consider doing a few essential jobs on the boat – decide there is plenty of time later.  Snooze until bedtime.

Bad night; sleeping tablets from Doc useless.  Where is Sid?  Thoughtless sod - has he not heard of ‘Help the Aged’, don’t remember growing aged.  The maid has not laid out clean clothes, so decide to manage with what I have.  Too cold for a shower will do it later.  Decide it’s not worth shaving or cleaning my teeth, several dropped out during the night. 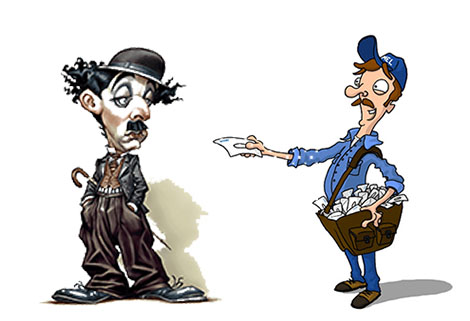 Clean glass, clear out fire and make anew, give circulating pump a whack with a hammer seems okay.  Make tea for Brenda in the hope of sexual favours – denied.  Set off for Sainsburys but then remembered I am barred.  Slump on sofa which is getting a bit bumpy.  Watch a repeat of ‘Jane Eyre’ on TV, consider how cads always get more sex.

Neighbour brings the post - one letter.  He keeps up wind of me because of Social Distancing he says.  Letter from Lloyds Bank stating they wish to do all they can to help the vulnerable – can’t remember when I became vulnerable.  Oh, and my overdraft charges have doubled due to global uncertainty.

Consider doing a few essential jobs on the boat – decide there is plenty of time later.  Snooze until bedtime.

Bad night sleeping.  Intelligence received, Sid is warm and safe in police cell – lucky sod.  The maid has not laid out clean clothes, so decide to manage with what I have.  Too cold for a shower.  Decide it’s not worth trimming beard and no teeth left to clean.  Make tea for Brenda in the hope of sexual favours – denied. 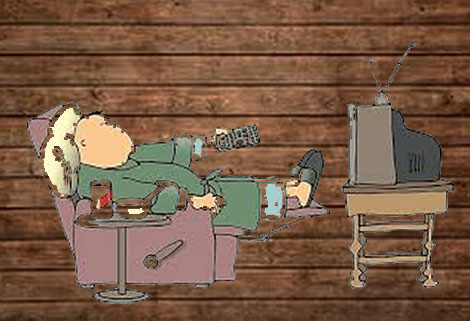 Tried to sneak into Sainsburys but still banned; expect my letter has been published to great acclaim and I have missed it.  Beggar by the door notes my clothes and gives me 50p.

Slump on sagging sofa and watch repeat of ‘Bleak House’ on TV to cheer myself up.  Point out to Brenda that the windows require a good clean.  Not sure she is keeping up with the house keeping.  I have noticed during the Lockdown a few annoying habits that she has.  Being slumped on the wrecked sofa I can’t have developed any such habits.  They say no one is perfect but I bet they haven’t checked everyone.

When Sid gets out of prison, he could probably do a few jobs on the boat instead of my botching them. 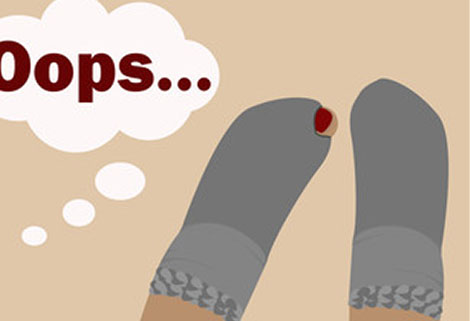 Bad night sleeping.  Sid sends us a food parcel mainly interesting herbs and tablets, still its good of him.  It is surprising how kind people are in a crisis.  He says the price is only double normal rates and he will collect the money after Lockdown plus the usual breaking of fingers if I don’t pay.  The maid has not laid out clean clothes, so decide to manage with what I have.  Decide not to waste water by washing or body maintenance but toenails are creeping through the holes in my socks.  Make tea for Brenda in the hope of sexual favours – denied. Fire refuses to light which is good news as circulating pump has fallen in bits.  Huggle down with several blankets on remains of sofa.

Highlight of the week!  Facetime with our two Grandsons as we have sent them a pack of model cars.  ‘Hello Grandad, thanks for the cars.  The end’.  Not sure from whom they get the comedy.  Still good to see them even if they are too busy playing cars to speak for long.  Very busy myself planning jobs on the boat and our future holidays.  Receive email stating this 2020 holiday's cancelled, offered credit note provided it is used in the next month or the possibility of money back if the company survives and man lands on Mars in the next week.  Travel Insurance refuse to pay out due to para 3001 sub-section ‘I’ in the small print.

Shuffle off to bed.

Scrape ice off the inside of the windows, decide the weather is too warm for a fire.  Take a 400-yard hike to local Tesco.  Quote a couple of Woody Allen jokes to the checkout girl and offer sexual enlightenment – Security called.  The Times has a letter from Archbishop of Canterbury pontificating on rivets of the soul. Consider suing him for copyright. 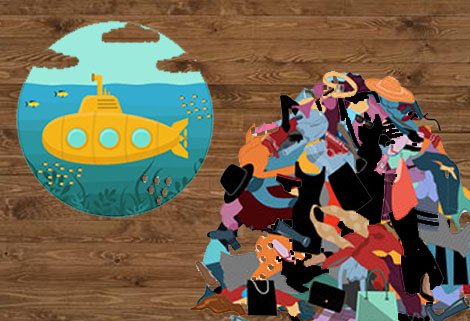 The boat is getting in a mess everything appears to be in a heap; point out to Brenda her most immediate faults.  She lists in detail all my faults and imperfections which takes up most of the day - surprisingly.

Contacted by the Canal and River Trust who are reaching out to all vulnerable people in case they need any assistance, oh and by the way they are thinking of re-developing Gas Street Basin and we may lose our mooring.  Cruising by narrowboats has been banned for all but essential items.  Towpaths remain open - joggers rush past, panting cyclists screech along shouting ‘get out the way, stay at home’.  Towpaths are now more dangerous than Westminster Bridge.

Retreat to my rotting bundle of blankets on a board.

Dreams of long ago Manchester United victories, no sleep just dreams.  Still this virus thingy will all be worth it if Liverpool are denied the Premiership.  I am such an optimistic person; I think Brenda ignored that aspect of my personality in her rendition.  Rain is keeping the temperature up so no need to work at the fire and water is coming in through the windows so no worry about fresh water.

Listen to advice from the President of the United States of America on the virus.  Inject Brenda, with a bottle of Domestos to save her from the virus.  Mention she is putting on weight, but she does not appear to be grateful for the observation nor the health assistance. 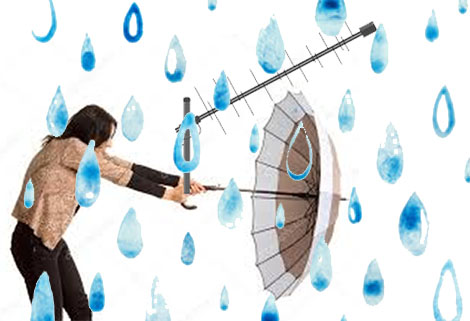 Managed to catch ‘Celebrity dogs do the most funny things’ on the television by having Brenda stand out in the rain to hold the aerial.  Explain it is part of the Trump health regime.

Received a letter from Birmingham Council who are contacting all vulnerable people to see if they need any assistance oh and by the way the Council Tax is being raised above inflation to pay for more council building work.

I notice a violent green mould is working its way along the floor of the boat – probably a good thing as the virus would not like to live in these surroundings.

Slump down to sleep where I am.

Starting to burn the odd cupboard.  Try to get Brenda praying to God Almighty thus have him spare the world from the virus but she asks who sent the thing in the first place.  Say that I thought it was the Chinese and that we should all have lots of sex to increase the loss of population – denied. 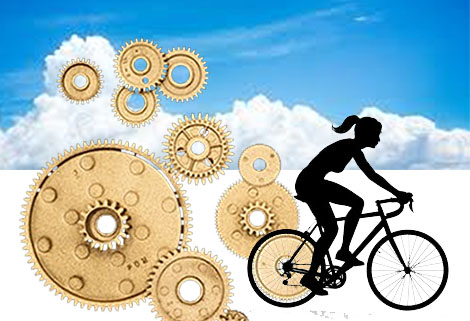 Thought about the mile trip to Morrisons for food but the mould is surprisingly filling.  Have Brenda pedal the bicycle generator as part of her fitness regime whilst I watch ‘Parsons say the funniest things’ Sunday special.  We had that Katherine Jenkins on the moorings before the lockdown.  I tried to sing a song of praise to her noble assets, but she had beefy security with her.  Birmingham Council are putting all the rough sleepers in £100 per night hotel rooms which hasn’t gone too well with them as many thought the accommodation was too stuffy.  Sent a picture of my sleeping quarters to the Council, in the hope of a night in a hotel, but they said they are concentrating of the highly vulnerable and oh they have increased my Council Tax band from E to B.

I would write more but the mould has taken over the computer and there are lots of jobs that need to be planned.