the story of the east end canal 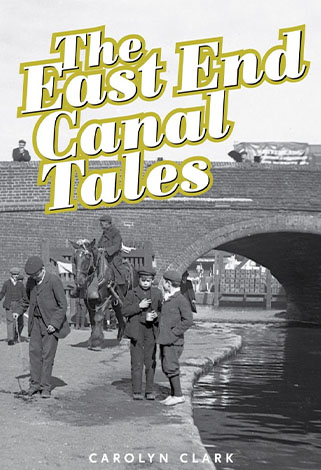 The East End Canal Tales weaves the memories of over 50 local residents together with historical accounts to tell of intriguing, humorous, moving and often surprising stories of life and work on the Regent’s and Hertford Union Canals over two centuries.

A fascinating insight into the social history of the canals of East London, and the people who lived and worked beside them. The book is not about boating but the way in which local people interacted with the canal - sometimes in a less-than-commendable way, and how the canal had an impact on the lives of ordinary people in the mid 20th Century. It is an unusual book, covering an under-reported part of London's canal story.

The book is published this month by London Canal Museum as part of the 200th anniversary celebrations of the Regent’s Canal.

The East End Canal Tales is lavishly illustrated with over 130 photographs, many never published before, and three maps. 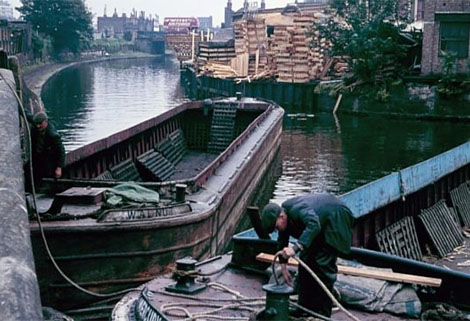 Read about canal trades of coal and manure and canal-side industries ranging from timber and metalworks to ice and chocolate. Learn about the canal’s role in what was the equivalent of the Victorian internet. Relive childhood memories of diving from ‘the pipe’ and being chased by the ‘cut runners’. Join the villains’ search for the holy grail of a gold cargo. Find out what happened in the old buildings which you can still find along the canal banks and what it was like to work on the Cut.

Lonely Planet London says: ‘Pick up a copy of the museum’s newly published The East End Canal Tales by Carolyn Clark to sail through the canal’s and its industries' fascinating history, meeting a colourful cast of characters who lived and worked on them along the way. Bon voyage!’

The East End Canal Tales is written by Carolyn Clark, author of The Shoreditch Tales and The Lower Clapton Tales.

The East End Canal Tales is on sale at the London Canal Museum, local bookshops including Brick Lane Books, Broadway Books and Pages of Hackney as well as on-line.