My name is Joseph and I live on a Widebeam named H2O with my father Steve. We have lived on the boat since July 2021 and are continuous cruisers; prior to that we lived in Newark On Trent. My dad has always loved boats and fishing, in fact if he's by water he is happy. I on the other hand was a typical teenager who enjoyed playing on my games console, meeting with my friends and doing all of the normal things an 18 year old would do.

So it was a bit of a shock when my dad suggested moving onto a boat. It was a lot of turmoil selling the house and getting rid of so much of the stuff you accumulate when living in a house. At that time I also had the added pressure of my A Levels, but we muddled through. Whilst all that was happening the boat was being built to my dad's design. He had planned it all out before we even had a boat builder, so he would go up to Manchester every week to check on its progress, and I would be at home either taking exams or revising for them.

So the day actually arrived, the boat was launched and we moved on, I hadn't seen the boat for months, so when I actually saw it completed for the first time in the water I thought it was great.
We were a bit nervous when it came to moving it for the first time out of Whilton Marina where it was launched, but when we actually were out on the cut I thought it was brilliant. I enjoy the peace and quiet of a country mooring, long walks with my dog Leo and nights on the boat with the log burner, I think I am turning into my dad!

After a couple of months getting used to canal life , we decided we wanted to start some sort of business. I had noticed that my dad would scribble things down in a notepad, about the moorings we found, the diesel we purchased, what the Wi-Fi was like etc. and was always rummaging through his pad trying to find where he had written something. And that's what gave me the idea of producing a Logbook and Journey Planner. 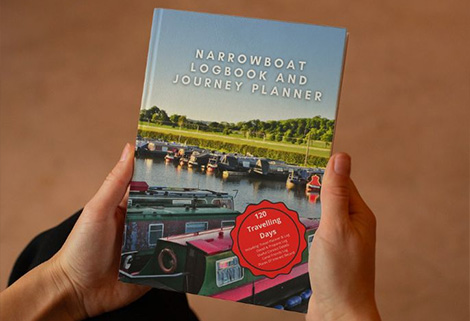 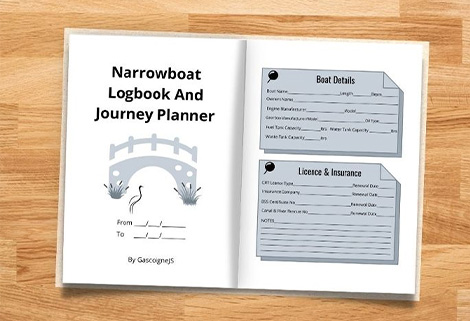 I produced a draft copy and let my dad fill it in as we travelled, to see what sections needed to be added or edited. Then, when we were both happy with it we looked for a way of printing and publishing it.

After sorting out the printing & publishing aspect, we published my book through Amazon and my dad made a Facebook post telling fellow boaters about it. We had a great response from the community and the book began to sell. In the first week it was the No 3 best selling book in the boating section on Amazon!
​
The Narrowboat Logbook and Journey Planner contains sections to record your
travels on our waterways. Initially there is a section to record the boat's details, such
as overall dimensions, engine & gearbox model, fuel, waste & water tank capacity.
Then licence and Insurance details and renewal dates. There is a Diesel Log for recording Fuel Purchases, followed by a Propane Gas Log.

The next section is the Travel Planner and Log, which allows you to plan your route
for the day's travels and highlight Water Points, Elsan, Moorings and Shops on the
way. There are spaces for 120 travelling days.

The following section is the Pre Travel Check List: the daily reminders of things to check before casting off. There are also sections for recording contact details of Friends On The Canal and Places of Interest.

Finally there are Notes Pages and Useful Contact Details, such as CRT, RCR and Environment Agency. 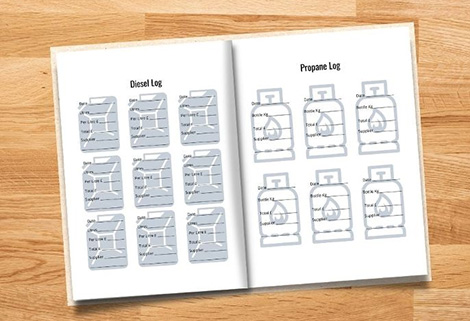 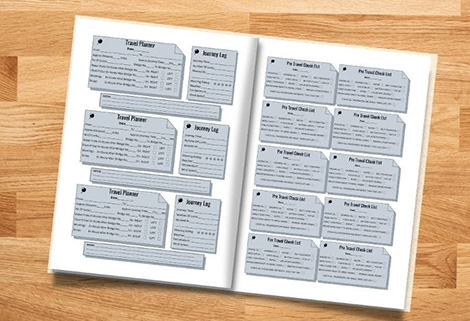 Over the following few months I produced a series of books for the Boating Community, both for Narrowboats and Wide beams, and the response has been great.

My most recent publication has been The Boater's One Pot Cookbook and for that one again I asked my dad to ask fellow boaters on Facebook for their favourite recipes and again the response was amazing.

We are at present on the Grand Union heading north and the weather makes you feel spring is really on the way. It's nice to see boats moving again and a few more smiles on people's faces after the tough few years we have had.

If you do see us out on the cut, do give us a wave!