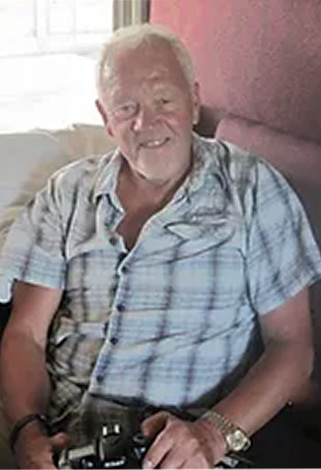 I was born and brought up in the English seaside town of Hastings, many miles from the nearest navigable canal. I have always been drawn to the sea and joined the local Sea cadets when I was thirteen. We had a small fleet of retired Royal Navy boats that we had to launch from the shingle beach at Bulverhythe.

Most of my summer holidays were spent at the “Unit” where we were given an almost free rein to find ourselves and hopefully learn by our mistakes. We had a 27ft Montague-rigged whaler which we once sailed to Rye, fourteen miles away for a camping weekend, a couple of RNSA dinghies and the boats that I loved the best, the dories. These were designed as beach landing boats and were crewed with four pulling oars and a steering oar.

I was fairly light in those days - someone said I was too light for heavy work and too heavy for light work and so I invariably landed the role of coxswain. They were fantastic surf boats, being rounded at both ends rather like an elongated coracle, and we would spend hours going in and out over the waves.

We had to drag the boats down the shingle on greased slides to get afloat, which when the tide was out would involve 50 or 60 yards across the sand. On one occasion when I was steering, I saw an enormous roller approaching. I couldn’t say anything to the crew who of course had their backs to the wave, as I didn’t want to distract them. All I could do was to encourage them to “pull up hard” and fight with my steering oar to hit the wave square on the bow.

On the bow oar was a guy called Chris who was older and bigger than the rest of us. He was a Petty Officer (probably eighteen at the time) and an “old” hand. In hindsight I think he might have been better suited to rowing aft but hind-sight and all that… As the wave tumbled towards the boat it towered above us over six feet high. The bow lifted and Chris went up in the air with it. The boat reared up and then crashed back down with a thump leaving Chris suspended in mid-air, oar still firmly grasped in his hands.

Then the immovable object and the irresistible force kicked in and the inevitable happened as the boat began to rise up again, gravity took over and Chris came crashing back down. He hit the thwart with such a force that it split in two and left him sprawled on the bottom boards, legs in the air bravely still clutching his oar which was pointing to the sky.

It was as much as I could do to keep the boat heading into the waves as I now had two oars pulling on the port side against just one functioning to starboard. By the grace of God, and I like to think a little bit of good seamanship, we survived the next couple of breakers intact before I managed to turn the boat around in a trough and head back for the beach.

I should add here that not one of us was wearing a life-jacket. I was fifteen and although we didn’t properly understand the implications at the time, we had been allowed a valuable freedom to test ourselves and I think it gave us confidence and character which stood us in good stead for the rest of our lives.

Most of my contemporaries from those days went on to make a success of their lives. One gave up a life at sea as a Master Mariner and then became a GP and lifeboat doctor. Another was a senior captain with BP Tankers, one a Pilot guiding cruise ships through the Alaskan Fiords and yet another became an engine room artificer in nuclear submarines.

Unfortunately because of the nanny state and the dreaded H&S, protective parents and compensation culture, amongst other things, kids don’t have that option anymore. They have substituted real-life adventure with make believe computer games and I phones.

I was thirty before I discovered that there was an extensive and fascinating network of over 2000 miles of canals in Britain. We hired a boat from the little-known village of North Kilworth in Leicestershire in 1976. Our friends Marion and Malcolm from Southampton had joined the local canal society and found out all about it and we travelled with them and our kids who were five and six at the time to pick up the boat in Marion’s Ford Anglia, which she called Bruce! We were starting on an unforgettable week of discovery and adventure around the canals of the Midlands that would leave a lasting impression and hook me for life.

We certainly had an eventful week. Tanya, aged 6 at the time was stung by a bee, Mark (5) fell in near Rugby, we had a complete double mattress wound around the prop in Birmingham, and were aground overnight stuck alongside a camping boat full of Boy Scouts in a remote spot somewhere between Leamington Spa and Braunston. It was that remote that it took Malcolm and I half an hour to walk to the nearest pub! This was in 1976 and I have to say that things in a lot of areas have improved since then, although a lot more have worsened, but that’s another story.

In spite of all this I developed a love and fascination with canals which has never left me. I was eventually able to buy my own narrowboat in 1986 and was lucky enough to fulfil another long-term ambition in 1998 when I acquired the beautiful replica Dutch Luxemotor, Saul Trader.

I had always had an urge to write, and once started a book about preserved railways but for various reasons it never got finished. With the advent of Kindle and Amazon, self-publishing has become a lot easier. I think it has opened up endless opportunities for would-be authors, some good and some maybe not so good. I think grammar, punctuation and spelling accuracy are important and I try to make sure my writing is thoroughly checked. Somebody commented after reading my first book that it was “written in the vernacular.” Well sorry - it was actually written in the study.

It is a long and sometime laborious process, but infinitely worthwhile and fun. I often have a chuckle myself at some of my jokes, and I hope that you do too. The initial object of the exercise was to record my travels for my own benefit. Kindle has made it possible to spread the news further afield and I can only hope that my readers will also find some enjoyment from my ramblings and learn a little about the lore of the cut. 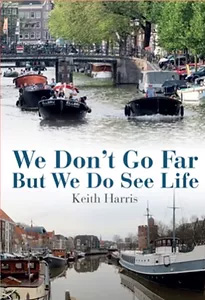 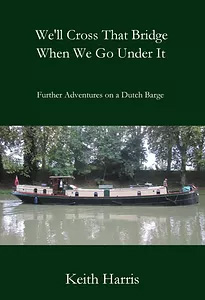 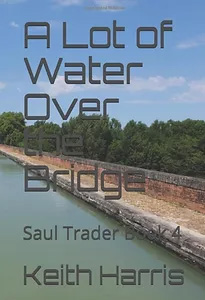 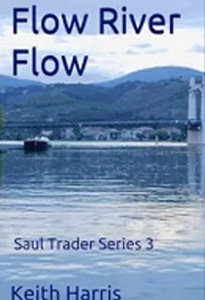 The Saul Trader books are available to buy in print or electronically. Visit Keith's shop for more information on each book and to buy. You can also find out about another of Keith's books which is currently in the pipeline!