the creation of a working model of "Mayfly"

When the characters in a novel become just a bit too real you have a choice. Read on or put the book down and don’t go near it again. If you are the person writing that novel, the choice becomes a little more blurred. You could stop writing but you know that the characters won’t go away. They seem to want their story to be told so you tell it. I have detailed this journey in another article, but there is yet more fallout from the writing process.

For starters, Mayfly is based on a boat, called Bee 1, that I once had the pleasure of owning until lack of cash and my location forced me to sell it. With it being a pleasant memory it was an obvious choice of craft for the emergent Jim and Amanda. It was small, far too small to live aboard, and wholly impractical to carry any sort of cargo.

There was the plot, and my memories of the craft were enough to describe the situation. The few photos I had of it were enough to create covers and, for the one book it was supposed to be, that was all OK. The second book “Here we GO!” has another view of Bee 1 that I never photographed. Instead I took measurements of the few grainy front and rear views I had and created the side view that is the cover of that work. 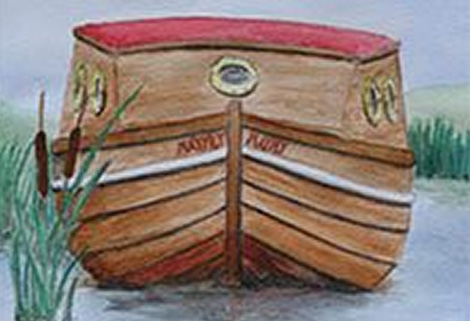 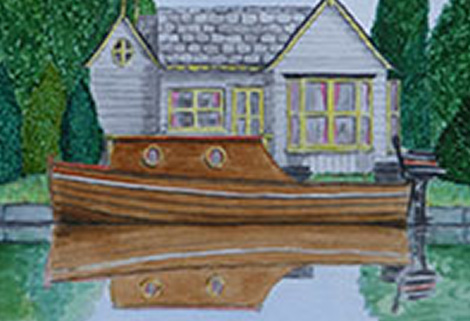 It was in my mind that I should find a similar craft and ask the owner if they would let me use it as a photographic model for future images of Mayfly. Trouble is there are plenty of traditional clinker built boats around the place but not as many that are made of plywood as Bee 1 was. Where traditional clinker uses relatively narrow planking, the plywood version uses less and wider planks.

The thought of simply making a model of the thing came to mind, but I don’t have the necessary skills to build a watertight hull using the method even at life size, let alone miniaturise the whole process. I pondered on the idea and eventually discarded it when I wrote the next book “Emily’s Journey” which has an image of a “Rutland” 16 ft cabin cruiser as the cover picture. No surprise that this image was lifted from a holiday photo from back in the sixties when we used to travel the canals in one with Mum and Dad. 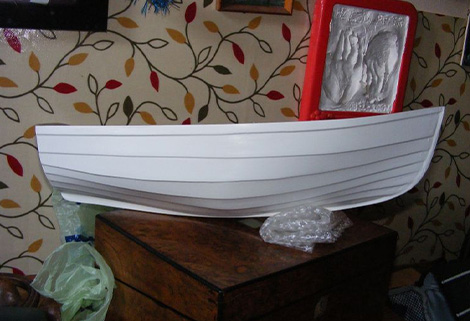 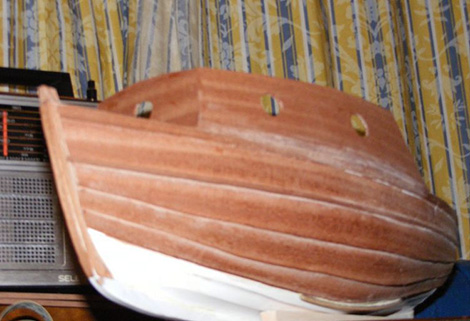 I never like thinking that I can’t do something though so, every now and then, I had a look online and in model shops for a model of a clinker hull that I could build. Same issue though was any that were either pre made or in kit form were of the traditionally planked variety and also extremely fiddly to build. Finally though, I came across a supplier that had a glass fibre model dinghy hull listed. Closer inspection revealed that the planking was just about right for Mayfly! This was almost too good to be true so an order was sent off and a week or so later a creamy white casting arrived. Only thing needed was to turn it into a copy of Mayfly. Simple enough.

For those that don’t know, Mayfly was described as being finished in varnished wood and powered by a 3.9 horsepower black American built outboard motor. My original thought was to cover the hull with sticky back plastic but I more or less ditched that in favour of veneer (sapele) which I was able to get online. The motor was more difficult as you can’t buy models of the specific outboard described in Mayfly anywhere. Add to that that I had decided that the model be fully functional and things started to spiral into the ever more complex.

The veneer, when it arrived was beautiful but really tiresome to coat the hull with. Smoothing it into place got me a good collection of hardwood splinters in my fingers and glue practically everywhere it shouldn’t be. The result was nice though so I continued to push ahead with the model as I wrote my 4th book which I jokingly described as someone having a dream about suicide then going on to buy a Renault 4! This one also didn’t need an image of Mayfly for the cover so I still had time on my side! 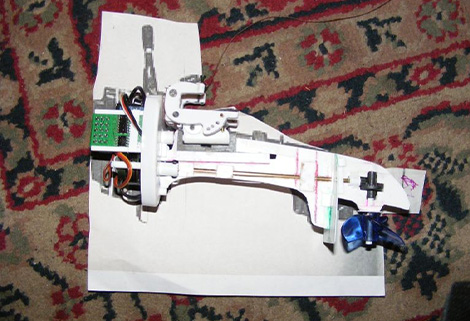 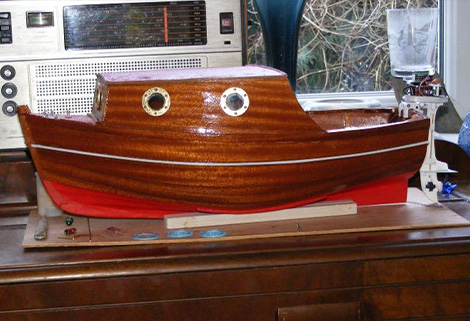 The model of Mayfly gradually took shape and with the addition of 3d printed portholes (courtesy of my son Peter) things were looking better. All I now had to do was complete (or rather start) the build of the outboard. In all it took me longer to build this than it took to build the boat but, when finished, it contained all the electronics, gearing and other gubbins it needed with nothing requiring to be hidden aboard. Even better, the thing actually worked! That success spurred the addition of further detail to complete Mayfly but…

Where were Jim and Amanda! Further trawling across the internet found me a pair of articulated figures that could fit the part, except they were both too small by about half an inch or so. It took another two months to dismantle the figures and extend their limbs, necks and body trunks until they were about right. All I now needed was make them more realistic! Cue work with filler paint and fake hair to get the right look and a very kind offer of help from my wife Janice, who made them a pair of jeans apiece and topped that with two beautifully knitted miniature sweaters.

Finally Jim and Amanda looked the part and were ready for their photo call and the launching of the 18 inch version of the main character behind my writings. A diminutive and wholly impractical vessel that was never going to let such obstacles stand in her way.

The model, for me, captures the character of Mayfly of my stories, making the two hard to separate. 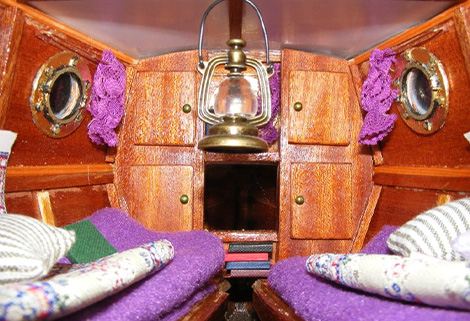 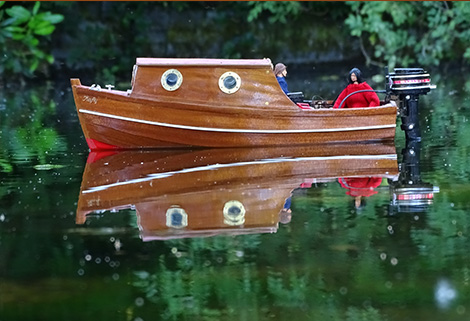