This strange year has cost our country many things so far. By no means the most important loss, but one that shouldn't be overlooked, has been the country shows that have been cancelled in their droves.

It might seem a trivial thing on the surface, but for the exhibitors it's a heavy blow. Months of preparation wasted, prestige for their businesses lost, and of course the social occasion that for many is the only respite from a relentless and sometimes lonely job. 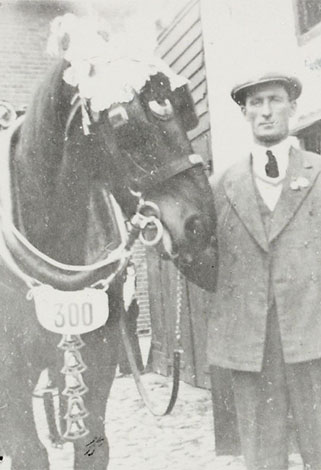 Boatmen 100 years ago would have related to this very well. They were no strangers to competing against each other for the swankiest turn out as a distraction from the grinding pressure to get 'em ahead. Long before the advent of the show, christenings, weddings, even funerals would see the boat drawn by an a horse in full turn out, and May Day for one had been traditionally a day when “more brass than 'oss” would be presented to the world regardless of where you were. Indeed it could be profitable exercise even if there was no show to attend, as one man at Cannock Chase had a hobby of giving 10 bob to the horse he felt was the best turned out that day.

Of course today's shows are heavily biased to livestock, but 100 years ago the horse was still at work; a common sight on our streets and, more importantly for this magazine, on our towpaths.

Given how many miles of canal grace Birmingham, it will not surprise the reader to learn that horse shows in Birmingham had a high proportion of canal horse classes. The West Bromwich Horse Show held at Dartmouth park on Whitsun was a popular one for 34 years from its inception in 1905 as a sideline to a charity fete. 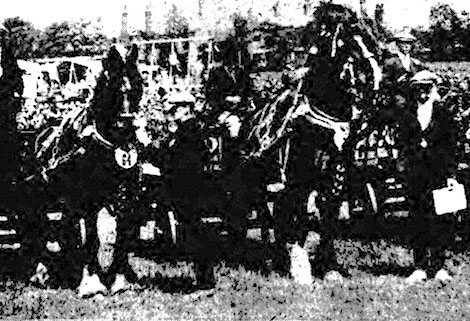 As with the heavy horse shows today, judging for turnouts involves a parade of the participants; but unlike today where they're confined to a show ring, the West Bromwich horses took a turn around the entire borough.

We may not have a photo of them, but we can picture them non the less; powerful animals, eyes bright and ears pricked, held in check by practised hands as they stepped out with muscles rippling like frogs in oil beneath coats as fine and gleaming as spun silk.

Harness catches the afternoon light, blinding those unfortunate enough to look directly at the shining brasses and glinting chains, and the ground trembles as mighty hooves shod in iron clatter on the cobbles and heavy oak wagons rumble behind.

You, reader, unless you are familiar with a stable of heavy horses, may be a little overwhelmed. The smell of hot horse alone may surprise you, but the noise is tremendous. Leather creaks, chains jingle, men call in broad accents and clear voices, their charges answering back with high whinnies and baritone whickers, and the improbably delicate tinkle of terret bells lays over the scene like a fairy herald. 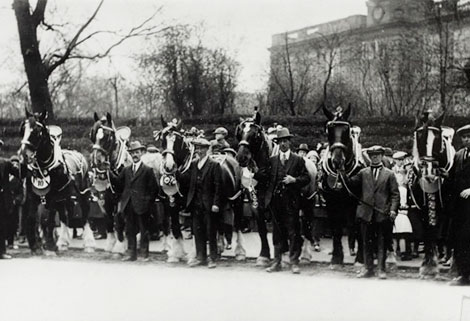 Shows like these gave the boatmen a rare holiday and an opportunity to really show off. Their womenfolk would send the horses off with a new set of lovingly made lace ear caps and the men with a colourful spiderweb belt, and children would have been set to cleaning every inch of the harness. Not only were there there their fellow boatmen,  the judges and the RSPCA officers to impress with their horse but the boatmen's company was invariably were too; as today, a prize at a show was a little mark of prestige a business could use to its advantage- Midlands and Coast, for example, managed to bring home quite a lot of prizes in its short life and successfully held an excellent reputation for the welfare of it's men, the education of their children and cruelty prevention for the animals within it's reach for its entirety.

Some companies offered a small cash incentive to the boatmen who successfully brought home a prize to make sure they had a decent shot, and a few even shuffled their stables round to make sure the best looking horse was available for the class. 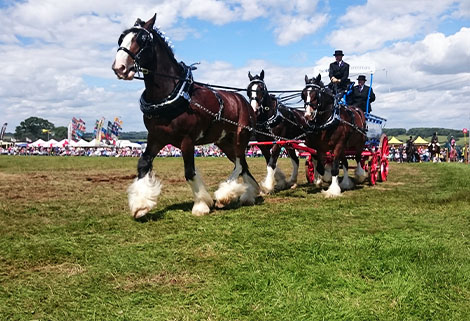 Disagreements with the judges happened then as now. Cooper & Co (who cleaned the table in the 1927 show) entered “Roger” in the 1925 Cleanest & Smartest Canal Boat Horse class, and after he'd successfully gained 2nd place from the judge, he had a fit, collapsed and had to shot. To add insult to injury, they then gave the second place to another horse on the grounds of breathing being a vital part of the turnout. This shouldn't have caused as much friction as it did at the time, Cooper's having already secured first place with a different horse anyway.

The war saw the end of the shows. 1939 was the last West Bromwich Horse Show, and quite possibly the last time there was a dedicated class at all for boat horses.  At the end of the war the West Bromwich Show resurfaced as a horticultural show, and staggered on for another 23 years in that format until 1968 when it was finally cancelled. Other shows embraced the heavy horse following the war, recognising that the days of the working horse were numbered and they needed to be protected, but the boat horse fell through the cracks and the boatmen clung to motor boats in the vain hope of keeping the trade.