hidden marks and messages in our canal network

Home » Editorials » hidden marks and messages in our canal network

in our canal network

Whilst travelling around the inland waterways network I have been interested to see dates, inscriptions and shapes cut into the stones that form the canals, especially around the lock chambers. The smaller hand chiselled inscriptions are Masons’ marks, more specifically, Banker marks. Banker marks are made by the skilled stone masons who cut the quarry stones into the regularly squared blocks or more complex sections of a structure. These people were almost always paid more than the stone worker who built with the stone. Documental evidence describes the way that masons were paid. With piece-work frequently the norm and it is this that accounts for the use of banker masons’ marks. Masons’ marked their stones to let the paymaster know how much work they had done. They would have undergone lengthy training before they were able to achieve the accuracy that was needed to do their work. 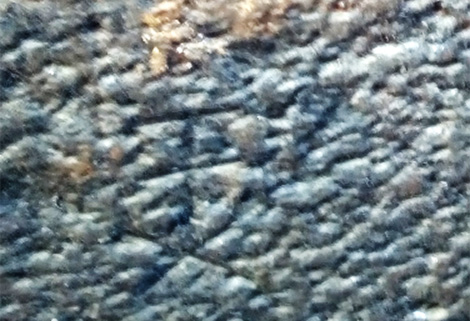 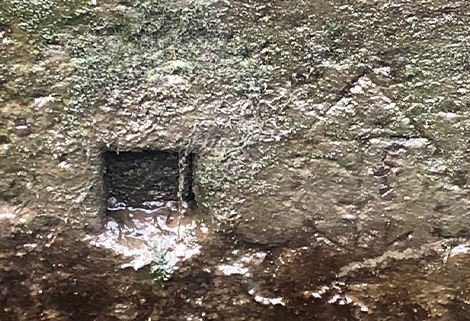 There is little evidence to suggest the way in which masons’ marks were allocated. They may have chosen their own marks or been given one when they joined a site. Later masons sometimes based their mark on the master that trained them. 20th Century masons often used their initials joined in a pattern. Marks sometimes form groups and this may indicate that they belonged to a team of masons who worked together. An example of this is a mark like a capital letter ‘W’ which can be found in that form or with extra strokes across the ends of one or more lines. The marks are mostly drawn freehand although compasses are sometimes used for marks based on circles and consist of lines that meet or cross in a pattern. The marks are made with a chisel or a punch and a point is sometimes used to drill the ends of the lines. Although it was important that marks were not easy to confuse it is clear that masons did not spend a long time cutting elaborate marks made up of a large number of lines. Most marks consist of between four to six lines and marks of more than seven or eight are rare.

Many of the locks that I have passed through have stone plaques at their entrances showing the date that the lock was completed. Two of the most notable examples that I saw were displayed on Grand Union Leicester Line flight between Loughborough and Leicester and on The Leeds Liverpool canal as it passes through Wigan. The latter depicts the date as Roman numerals. The inscriptions ranged from very detailed, precise carvings on selected stones to more prosaic and simple legends. 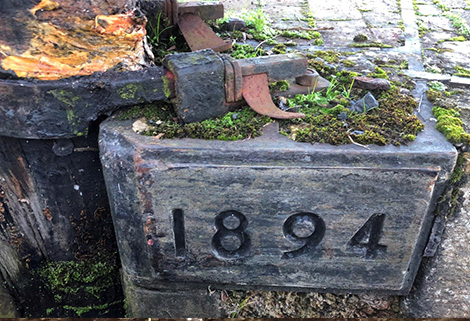 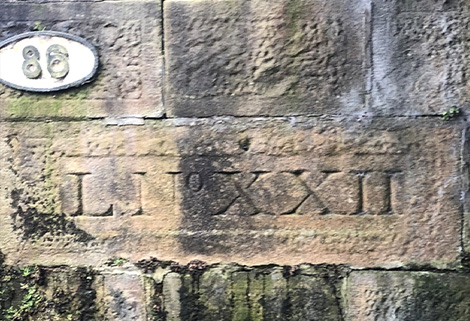 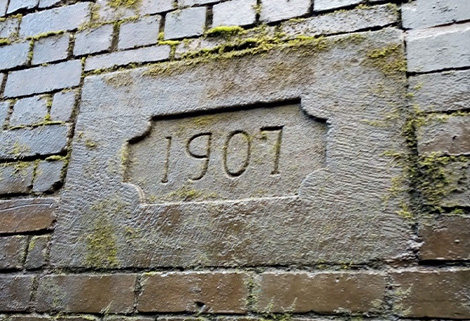 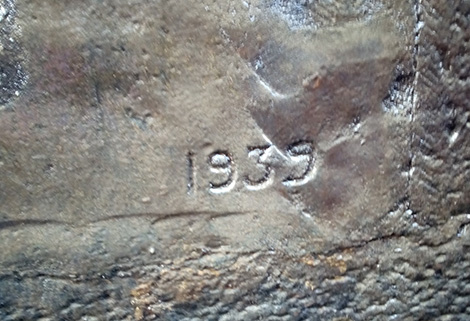 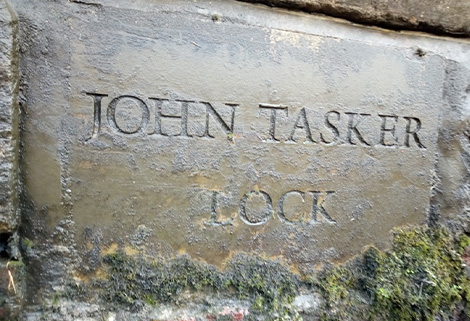 This plaque commemorating John Tasker can be seen in lock 6 on the Ashton canal just outside of Manchester: I wonder who he was?