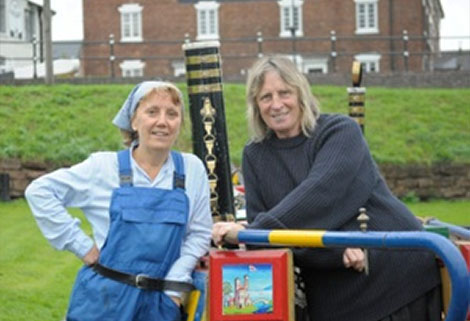 My links with canals began when I was a child, when my family bought a small cruiser and then an old working boat called Laurel, which my Dad converted (although he retained the traditional back cabin).

We were involved in campaigning for the restoration of canals from the 1960s onwards and Dad (Alan T Smith) was awarded an MBE for his services to Inland Waterways.

I am a writer, poet and singer/songwriter and have published 8 collections, two of which relate to the canals.

These two were published under the umbrella of Alarum Theatre / Alarum Productions: 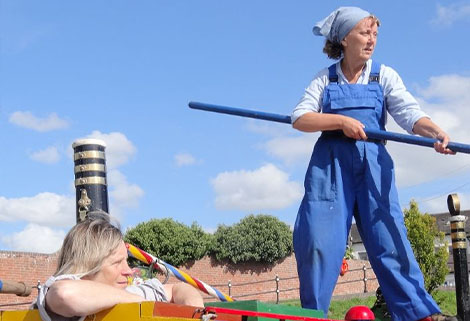 Alarum is a theatre company which tours by canal boat (where possible), collecting and re-telling stories of ordinary women doing extraordinary things.

The company consists of myself, Kate Saffin (boater, writer, storyteller and actor) and a flexible team of freelancers.

The photo (above) is a recreation of an iconic image showing two of the so called 'idle women' who operated working boats during the Second World War.

We did a couple of performances in Cropredy which is how I came to write a book of poems about the people of Cropredy and met Louise, a boater and artist who created the illustrations.

to the future, love cropredy 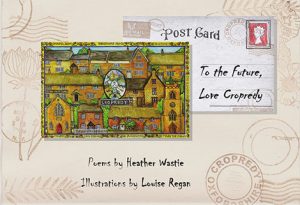 I began to write this book in 2019. My initial idea was to talk to people, find out what they liked about Cropredy, and what they thought it would be like in fifty years time. From this came a whole range of poems.  'Naming Names' arose from the very unusual street names. My poem on the Fairport Festival came about through people writing their thoughts on post-its. Then there were the  wonderful stories about romance through a garden gate in a wall, and a young couple whose disappearance remained a mystery until their skeletons were discovered 100 years later...

'To the future, Love Cropredy' is available from Lapal Productions. This delightful little book, beautifully illustrated by Louise Regan, has received an excellent review from Towpath Talk:

'...the timeless quality of the stories and descriptions of village events make it just as much a love letter to every village community in Britain.' (Towpath Talk, January 2021)

Heather Wastie talks about her book on Cropredy, reads some of her poems, and introduces us to the illustrator on You Tube.

I was born in the Black Country and lived there until 2006 when I moved to Kidderminster and became fascinated by the carpet industry. 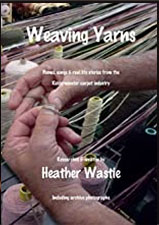 In 2013, I was Writer in Residence at the Museum of Carpet where I turned people's memories into poems, monologues and songs - which I now perform.

a unique infectious cocktail of assorted snippets and stories about the carpet industry and the folk who helped to make Kidderminster the carpet town. It will sit nicely on the shelf alongside the more detailed history books.

In 2017 I was commissioned by Worcestershire Building Preservation Trust to compose a song cycle to celebrate the restoration of the Weavers’ Cottages in Kidderminster.

idle women of the wartime waterways 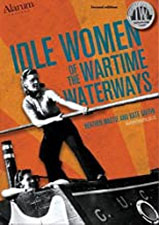 I have strong links with the history of canals. In summer 2016 I began touring a double bill of theatre, poetry and song, 'Idle Women of the Wartime Waterways' with Alarum Theatre.

The book, which includes a transcript of Kate Saffin's play  as well as my own poems and songs, tells the story of young women who left their jobs and middle class backgrounds to learn to handle 72ft narrowboats and their cargoes.

In 2017 Alarum Theatre Company was awarded Arts Council funding to support a 15 week fifty show tour between April and August. After seven tours, the show is now available for one-off bookings.

the muck and shovel brigade 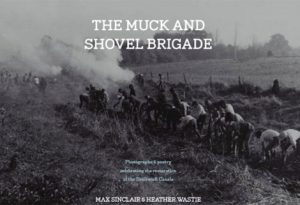 In 2018, I  completed a poetry commission for The Ring project / Canal & River Trust in Worcestershire: The Muck and Shovel Brigade.

My task for The Ring project was to produce in book form a record of the derelict state the canal was in, the huge voluntary effort that went into restoring it and the important role played by Max Sinclair.

The book tells the story of the restoration of the Droitwich Canal and is now a 40-minute show which I perform as part of 'Acts of Abandon' with Alarum Theatre. 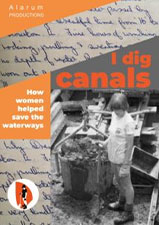 The accompanying book is edited by myself, and has a foreword by Carolyn Clark (author of East End Canal Tales). Of course it also includes some of my own poems!

The book is a journey in words and images, with childhood recollections by locals, stories of how women first got involved in canal restoration and first hand accounts of what they achieved.

It is a fascinating read - a book you can pick up at any time on any page, and immediately become engrossed.

'I Dig Canals' is available from Alarum Books 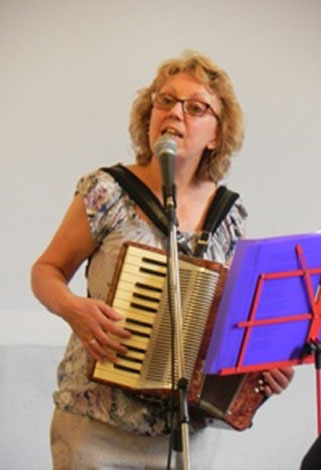 In 2016 she composed a series of songs for an English Touring Opera Turtle Song project in Wolverhampton with people who have dementia.

In 2019 Heather completed an extensive singing, song-writing and reminiscence project for people who have dementia with Arts Uplift near to her home in Worcestershire.

Heather has also worked as a poet and actor for National Trust property Croome Court in Worcestershire.

To find out more about Heather Wastie, her books and her performances, visit her website, watch and listen to her performances on sound cloud, or read her blog. You can also follow her on Twitter: @heatherwastie.

For more on the Alarum Theatre Company, and for details of performances visit their website

Heather's books are available to buy from Lapal Publications and Alarum Productions.

Illustrator Louise Regan can be contacted by email.