an exploration around Lechlade in the 1980’s

One of my introductions to the history of canals was the television series “The Flower of Gloster” narrated by the late Bill Grundy that was broadcast in 1967. When on holiday I bought the excellent book by E.Temple-Thurston only to find that it was nothing like the TV series at all.

My interest was still sparked and I felt rather sorry for the Thames and Severn canal (eventually by association, all disused canals) and sought such information as I could as and when I could. I found that the Thames and Severn was unlikely to be ever restored in part due to there being a pub car park built across the filled in channel of the waterway.

I also bought the book by Humphrey Household and read it (despite it being a bit on the complicated side). Reading canal books did become something to do when I was off school with frequent severe colds (partially due to their ridiculous policy of sending us out in the snow for P.E. wearing just cotton shorts and plimsolls). My curiosity kept growing as did my desire to see the Daneway end of Sapperton Tunnel (of which I could find very few photos). 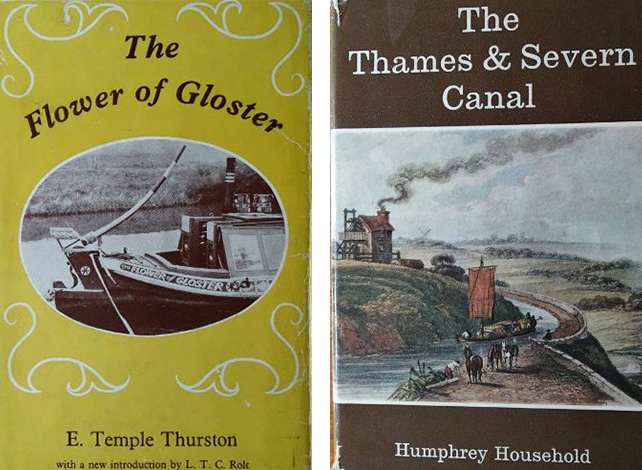 Moving forward to 1989, when I was a little older than 10, Janice and I were looking for a destination to go camping. The suggestion of Lechlade or thereabouts was settled upon and we found a suitable spot on a farm, packing the car up with the usual stuff we needed (including the tent we spent a large part of our honeymoon in) and headed off down the motorway into a pretty hefty traffic jam.

A bit of map reading found us a more direct and suitable A road, so we turned off on that. After 5 miles or so we were in standing traffic! I’m not sure who had upturned what, or where they had done it but our ETA of around 3 pm ended up being around 9.30 in the evening! The farmer was a very pleasant person who just said to pick a spot in the field and he’d sort everything in the morning.

We pitched our tent by the headlamps of the car, brewed a cup of tea and settled in for the night. Several hours of stop-start traffic had got to us, and the repeat playlist in which the only standout song was “Orange Crush” by REM circled around in both our brains until we fell off to sleep.

The next day was bright enough though there had been some rain down and we did what all visitors to Lechlade probably do. We went off in search of the source of the Thames.
“Is that it?” Janice said, looking down at the pile of bone dry rocks.
“We were looking to see if there was a coin slot to put money in to get the water,” another couple, doing the same as we were, joked.
“There’s more water in my sandals than in there,” Janice laughed. 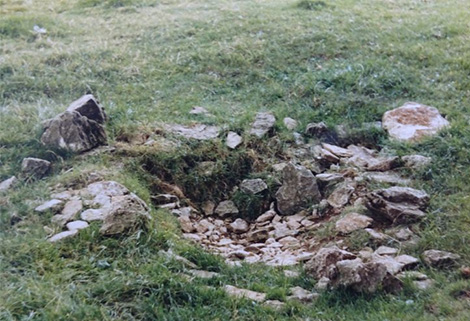 With that we headed back to the town to get some lunch and stopped at the Royal Oak where we overheard a rather obscene joke whilst waiting for our refreshments. I won’t repeat the joke here as I am sure the publishers of CanalsOnline Magazine would rather not be banned!

The next day we headed off, armed with OS map in search of remaining parts of the Thames and Severn. Our first find was the roundhouse at (I think) Marston Meysey which was in a roofless and dilapidated state. It’s always sad to see such a neglected building and more so when it has lived a long and significant life. Here it was though, ivy clad and serene as it slowly mouldered. We looked around and took photos, Janice standing her full 4 ft 9 to give a sense of scale on one of them. 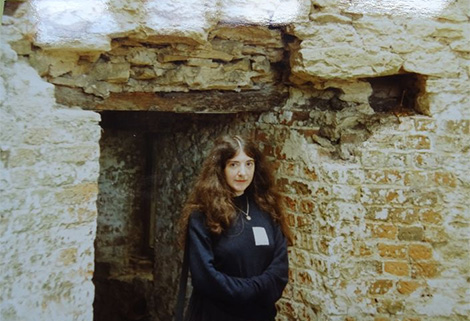 Next stop was the south portal of Sapperton Tunnel which looked much the same as the many photos that are shown of it. It was interesting with its empty recesses for statues of Father Thames and (I think) Sabrina but it was Daneway that I had wanted to get to if I’m being honest. 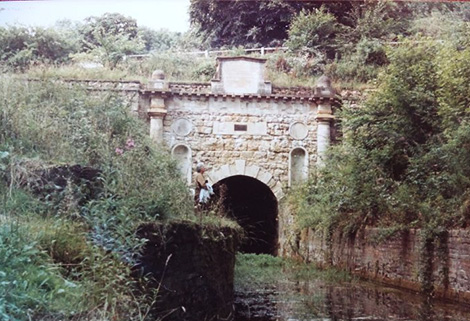 We let another night go past before setting off to find that a car park did indeed encroach upon the canal bed but we found the portal of the tunnel! It was in a sad state too. Where much has been said about the architectural significance of the one at Coates, the Daneway end seemed to be a bit ignored by the portal pundits despite it being the only entrance to a canal tunnel that I know of with castellations and finials of this nature. Thing is, when we visited it was devoid of these features, some or most of which had probably fallen into the canal. It was a very sad sight but I’m glad to see that, as of 1996, these faux fortifications are now back to their original splendour. 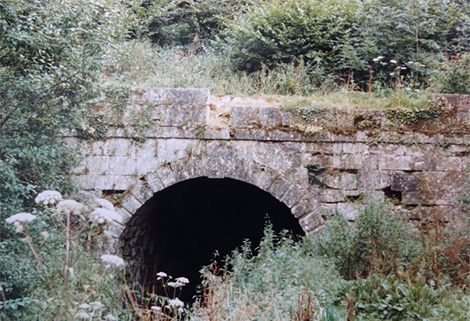 We spent a few more days looking around the area, but left with the feeling that the Thames and Severn was something of a lost cause, having been abandoned in 1941. It’s nice to see all of this being proved wrong though, and moves are afoot to restore the waterway! It’s going to be one hell of an effort but I wish the best of luck to the volunteers and organisations that have taken on the task. Like the Kennet and Avon, this once significant trade route may again complete a link across the coasts of the country. 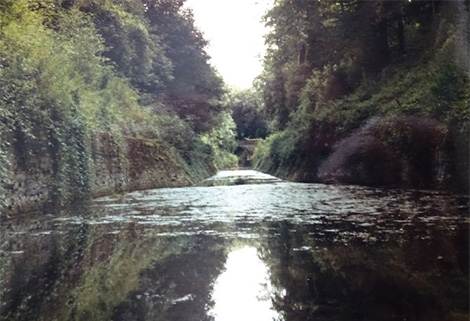 Heading back up the motorway we did not get held up in traffic and arrived home to await the photos we had taken. There are not nearly as many as would have been the case with digital photography but there’s enough to jog a memory or two. Another memory of our trip is the album “Green” by REM which we bought the following weekend after having “Orange Crush” as an earworm since the trip down!
©2022 Michael Nye