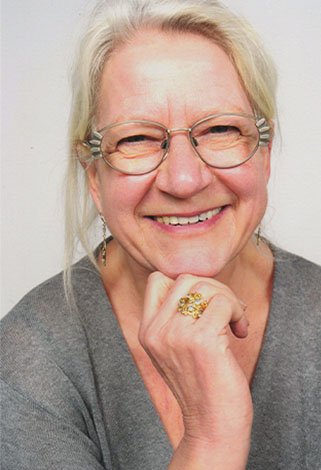 When I talked to Bow resident Kay about the canal, it struck home when she said:

‘It’s always been there, so whatever part of my life from being a child to an adult now, to my son being an adult and eventually, one day, it will be my grandchildren, even though there’s lots and lots of changes, the canal itself, it just still flows. There’s a familiarity about it, a good feeling.’

For forty years, the Regent’s and Hertford Union Canals have been a favourite walk. You could sense the history that lurked in old warehouses and wharves, worn bridges, anglers’ stories, remnants from an industrial past running through the heart of the East End.

Wanting to discover more, I found a lot about the early history of the Regent’s Canal, but was struck by how little there was about the 20th century, and the eastern reach in particular. Stories of the everyday lives of the people who lived and worked alongside the canal were hard to find.

I live by the Hertford Union Canal, aka Ducketts. It was frustrating to find virtually nothing about this short Cut’s past which was, and is, so much part of many local lives like (Fish) Island born and bred Ron: ‘I loved it meself, to me it was everything, it was a source of living, I could fish down there, we used to swim down there. It was my bath all year round. There was nowhere else to wash.’ 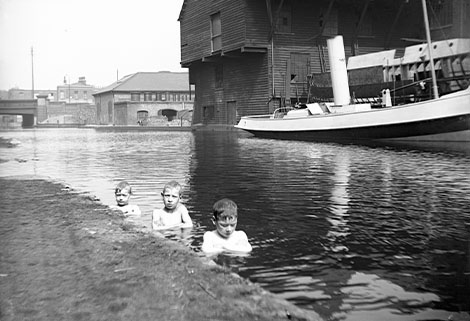 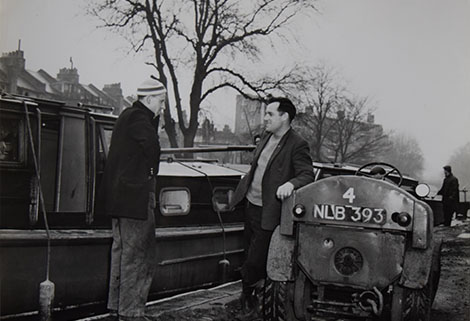 John Hall talking to a steerer at Old Ford Lock circa 1950. © Hazel White

The East End Canal Tales has grown from eight years work with Regent’s Canal Heritage:  This uncovered a wealth of stories and hidden histories.

Read about canal trades in raw materials such as coal and manure, and the canal-side industries of gas and chemicals, timber and metalworks, marble and furniture, ice and chocolate. The list goes on, and even includes the canal’s role in the equivalent of the Victorian internet.

Find out what it was like to work in the sawmills and icewells. 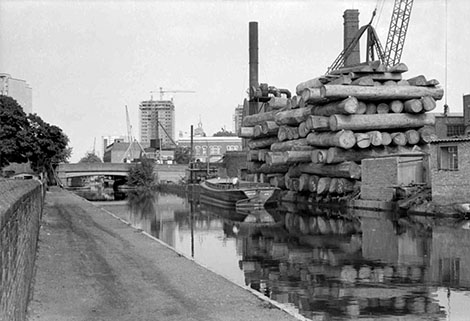 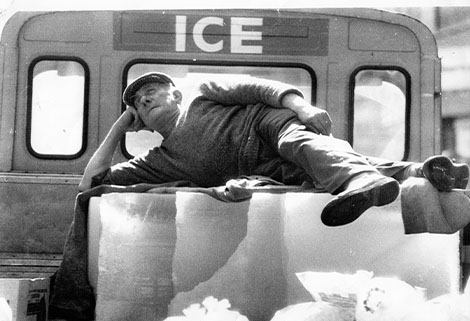 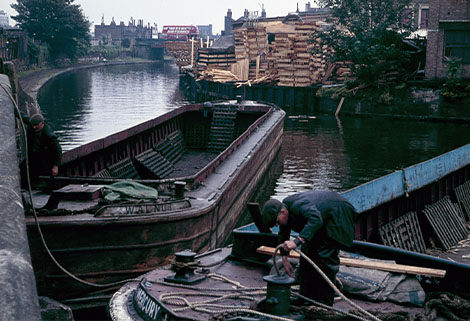 Read stories about gun-making and the canals in wartime.

Relive childhood memories of diving from ‘the pipe’, watching gamblers play pitch and toss and being chased by the ‘cut runners’.

Join the villains’ search for the holy grail of a boat loaded with gold for the Royal Mint.

Find out what happened in the old buildings like the ironworks, barge builder’s shed, gas holders and lock cottages which have survived over the years.

Learn what it was like to work on the Cut – the camaraderie, tricks of the trade, danger and perks. 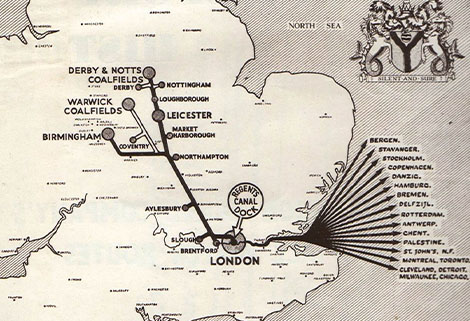 The East End Canal Tales interweaves memories from over 50 people with historical accounts to tell the intriguing, humorous, moving and sometimes surprising stories of life and work on the Hackney and Tower Hamlets reach of the Regent’s and the Hertford Union Canals.

Over 130 photographs and images, many never published before, bring the stories to life.

The book’s maps include one drawn for the book which illustrates the features and industries which used to flourish along the banks.

The 200-year history of the canal is covered, but the focus is on the twentieth century. 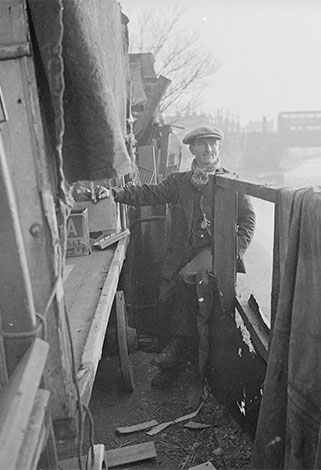 The East End Canal Tales is a contribution to marking the 200th anniversary of the Regent’s Canal this year and is published by London Canal Museum.

‘Pick up a copy of the museum’s newly published The East End Canal Tales by Carolyn Clark to sail through the canal’s and its industries' fascinating history, meeting a colourful cast of characters who lived and worked on them along the way. Bon voyage!’

My other books are The Shoreditch Tales and The Lower Clapton Tales.

You can buy a copy of The East End Canal Tales at the London Canal Museum in King’s Cross, on the Shoreditch Tales website  and Amazon, as well as in Hackney and East End bookshops.

Regents Canal Heritage now has its very own website! Take a peak at this new site for links to 17 films about the canal over the last 100 years, including our new films for 2020: 'Canal Connections' and YATI production: 'The Canal Tales'. There's also podcasts, book suggestions and a Learning Pack packed with information for people of all ages.