canals from the air

Amongst the array of cameras we’ve amassed over our time as Narrowboat vloggers, I suppose it’s the drone that provides a completely different perspective of the countryside.

If, like us, you’ve ever wondered just what is the other side of that hedge you’ve moored up against, by taking the drone to the air, suddenly it all becomes clear! 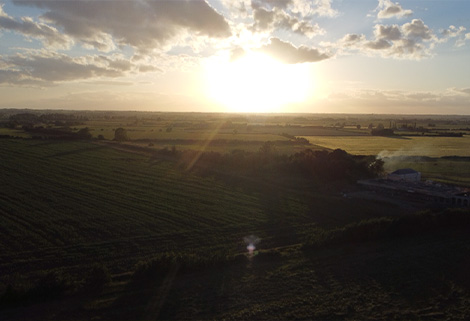 I want to point out straight away, that we steer clear of houses, and I’ve passed my CAA exams to ensure we comply with all the flying regulations in the UK. The drone, itself is also registered with the authorities so, if by some quirk, it lands in a field, it can easily be identified.

Naturally, on the waterways, the beauty of the landscapes become so much clearer from the air. Even industry areas, like Birmingham look completely different from the air.

The latest “attraction” that I flew the drone around was Warwick Castle. What an impressive structure! It fills you with awe when you look at Caesar's Tower, which was originally built between 1330-1360. I took the drone up the side of this impressive tower, all 40 metres of it and then flew over the River Avon looking back at the south side of the castle where you can also see St Mary's Church in the distance.

You have to plan your flight in advance so you don’t waste too much time. The drone I have is a Mavic Mini 2 which has a maximum flying time of about 30 minutes, so you want to use all of that time constructively. We had already visited Warwick in 2021 not long after we’d bought the boat to get some work done at Knowle Hall Wharf (where she was originally built by Stephen Goldsborough back in 2000) so I had a pretty good idea of the type of shots I was looking for and an idea of the location from which to launch the drone.

Because of the relatively light weight of the Mini 2, legally, I can fly over most locations, although as a precaution I obviously don’t fly over crowds and there are several maps which highlight the “No Fly Zones.” The most obvious of those are airports – no matter the size.

You also can’t fly over prisons...! And when we were on the Thames this year, flying anywhere near Windsor Castle was a no-no. Shame because it’s a lovely castle with tons of history. But I respect the law and I wouldn’t want to be locked up in one of the cells there!!!

Like most things, the more time you spend flying your drone, the more skilled you become. I’ve learnt so much from drone operators who post videos on YouTube which have been a great help. 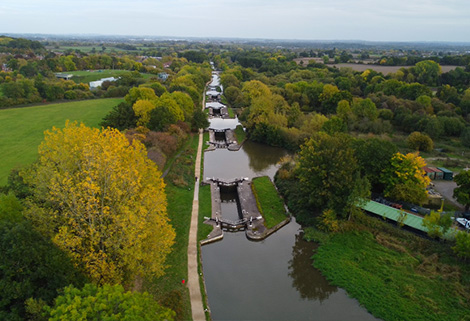 If you want to start flying, and with the January sales potentially providing some “deals” what should you look for?

First, of course, is budget.

There are some really cheap drones on sale at a popular online shopping website around £50. But these are cheaply made, with substandard camera quality and will leave you frustrated!

Forget the myth that you have to spend £0,000’s on one. That might have been true a few years ago, but you may be surprised that the most popular drones are no where near that price bracket, in fact there’s one that is considerably cheaper than it’s more famous rivals.​

Second thing to consider is which country you live in, because where you live will determine the laws by which you need to comply with.

Assuming you’re in the UK, to legally fly a drone, no matter how heavy it is, you need to take an online theory test to get your Flyer ID, costing just £9 and you must register for an Operator ID (over 18 year olds). Your registration with the CAA is renewable annually. 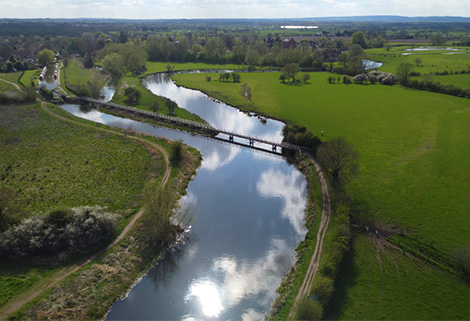 If your drone weighs more that 250g there are limitations about where and how far away from people and buildings you can fly. The Mini 2 weighs 249g so falls below the major restrictions. However, in practice, you should aim to stay clear of large groups of people and, no matter the size, must retain VLOS – Visual Line of Sight – you must be able to see where your drone is.

There are some changes to the classification of the heavier drones from January 2023 and I would advise you to check these online at the CAA’s website for more information.

Other considerations, as I’ve mentioned above, are battery life and also the quality of the lens.

Most drones these days shoot at 4k resolution giving you an excellent quality of picture, remembering of course that you can shoot still images with a drone, not just moving images.

Of course, I would recommend Mavic, not just because they are the market leader, but they offer a after care package that will replace your drone should you unfortunately end up crashing it or it disappearing below the water! 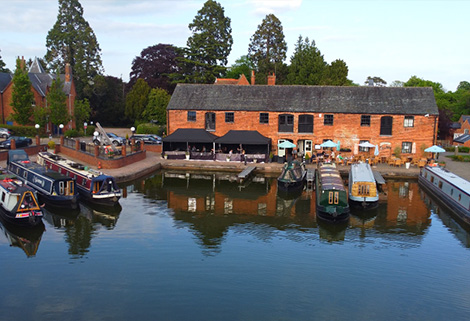 However, there is a sub £100 drone that is definitely worth looking at judging by the number of positive reviews it received this year. It’s the Quinux K8 which boasts full 4k resolution and a long battery life. It also looks well built and more solid that its other budget counterparts.

Whichever drone you decide to get, make sure you get in lots of practice. Find an open space, a field or something similar (try to avoid too many trees) and get a feel for the controls. Fly low at first so you can see how it reacts before attempting higher flights. It can be fun but remember your responsibilities.

Recently we posted on YouTube a compilation of drone footage from last year. You can watch it here :

Jan and I wish you a Happy Christmas and Peaceful New Year.