bratch locks on the staffs & worcs canal near wombourne

How about that for a February then folks? Did you break out the flip flops and the sun tan lotion? A lot better than last year don’t you think? The ‘Beast from the East’ was about to come roaring through if you remember. Mind you, I think we brought that upon ourselves to a great extent and that we ought to pay better attention to our use of rhyming couplets. Naming it 'The Least from the East’ might have lessened its impact. Or better still, reducing it to a fungal infection, ‘The Yeast from the East,’  would surely have resulted in warmer weather - albeit a little itchy.

Did you check out my last post on these pages? You really should you know. I wrote about the dangers of magnet fishing and the chances of finding unexploded ordinance on the canal bed. How many of you scoffed, I wonder? And yet, lo and behold, not more than a few miles from where I sit typing at this moment, back in January they had to close the cut at Wombourne when someone conducting an underwater survey found and fished out a WWII mortar. I kid you not, so sit up and pay attention at the back! 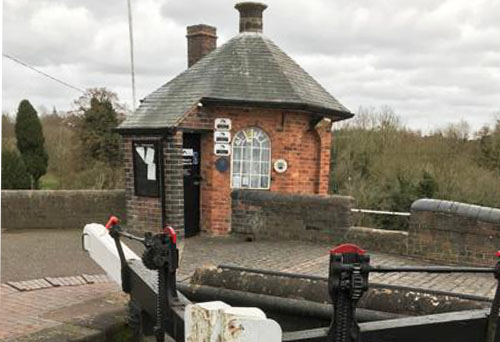 Anyway, for this quarter’s look at life by the water I thought I’d take a trip to the aforementioned, Wombourne and do a bit of historical research for you, dear reader, around an area known hereabouts as ‘The Bratch.’

Originally ‘the bratch’ derived from the Old English ‘brec’ which described an area of newly broken in ground, probably a clearing at the edge of a forest.

Two bridges cross the ‘cut’ at this  point and the old toll house and lock keepers cottage, both typically Georgian, still stand watching over the narrow boats climbing up and down the system. 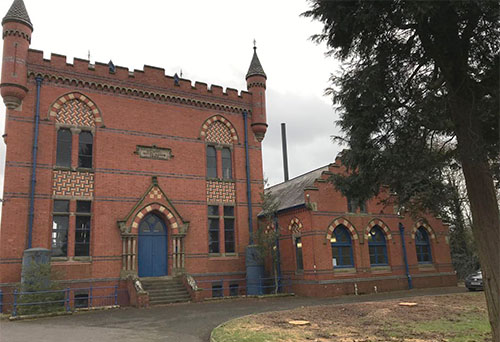 A stone’s throw away is the old pumping station, built as the result of a dispute over the price of water supplied to Bilston council by Wolverhampton district.

Bilston decided to secure its own supply and constructed the ornate building in 1895 to house the two steam engines which pumped water from the sandstone rock to a reservoir on the border of the warring councils. On high days and holidays one of these restored grand old ladies of the great industrial era is sometimes fired up by local steam enthusiasts for the entertainment of the great British public.

Fancy a cuppa? A short stroll along the lane and running parallel to the canal is ‘The Railway Walk.’ Where there used to be tracks for the GWR branch line there are now ramblers, dog walkers, cyclists and horsey types. The old station now serves as a cafe as well as dishing out information. It’s well worth a look as this nature reserve does give a slightly different perspective on the beautiful South Staffordshire countryside. So there you have it. The next time you come hurtling past here (I know what you boaters are like, rushing about all over the place!) just pause, moor up for a bit and chill. It’s well worth a nose around.