boating on the rivers and broads of norfolk

Home » Editorials » boating on the rivers and broads of norfolk

boating on the rivers and broads of norfolk 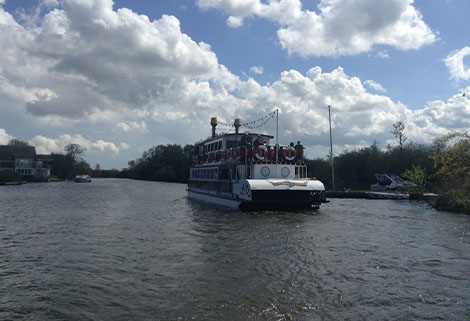 Generically known as the ‘Norfolk Broads’ are the man-made rivers and lakes (Broads) of Norfolk.

The area is now a National Park, though historically these inland waterways were established to help reclaim water-logged land for agricultural use (if I’ve remembered correctly what it said in the guide book!)

There are still a few traditional ‘Wherries’ (sail boats used along the rivers and Broads) to be seen sailing along and other combined sail/engine powered craft cruising about, but big GRP (Glass Reinforced Plastic) boats predominate. Many are holiday hire boats, though those fortunate enough to be able to afford to live in the area often own their own.

Being from the canal-cruising fraternity, where towpath trekking, locks and camaraderie amongst boaters is commonplace, I’ll admit being aboard on the ‘Norfolk Broads’ didn’t exactly ‘float my boat’. 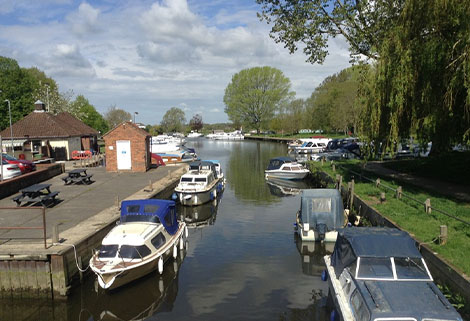 The area is flat and ‘stopping points’ limited – wild camp mooring opportunities are few and far between. This mostly takes place in the Broads, where mud-weights (anchors) are used.

If hiring a boat and planning to use these facilities, it’s important to make sure either a row boat or all that’s needed is aboard. There’s no jumping on the towpath and popping to the shop when you’re in the middle of a lake!

At the time of travel, covid restrictions were just being lifted. Accordingly hire operations weren’t working at full capacity.

Nonetheless, the area was busy – very busy – and competition for moorings was high.

Planning ahead is imperative to get to dedicated moorings before nightfall. There are areas where tide times have to be considered, too. Hit them at high water and there’s no going through….or back. 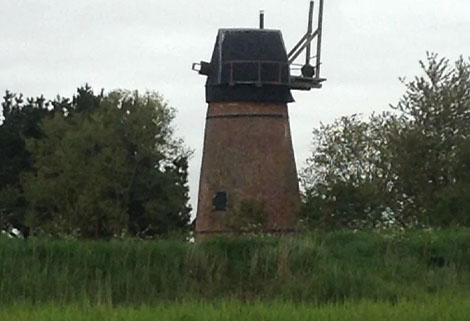 The boats are generally well-equipped, but for the most part require a degree of ‘athleticism’ to be able to get on and off. The newer (more expensive to hire) boats have easier access than the slightly more ‘mature’ one we hired, but fully accessible boats are rare (if they even exist!).

Not wishing to sound totally negative about what for many is a most enjoyable holiday activity/destination, I should say there are some very attractive places to pass.

Stopping to visit and enjoy depends on being there at the right time to secure a mooring.

For the most part, cruising the Norfolk Broads means mile, after mile…..after more miles….of not much to see, apart from a few swans, ducks, reeds and mills.

These mills were not – as one of my less enlightened companions thought – for grinding grain. They were the means by which the land was drained in days of yore! 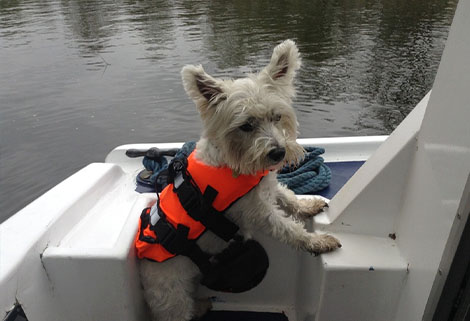 Junior member of the crew on mooring lookout duty.

Dogs do travel on the boats of the Norfolk Broads. I took mine. I won’t be repeating the experience.

Getting on/off when a fur baby needs to do what a dog needs to do, isn’t easy. Not forgetting that sitting watching those mile after mile of land pass by can be for them, frankly boring. They’d much prefer to be sniffing and watering the mills, even though they love being where their humans are…..

Entertainment-wise, be prepared to make or take you’re own, though watching the ways of other boaters can be amusing too. Just don’t laugh too loud!