blowing my own trumpet

blowing my own trumpet (under duress!)

Life down here by bridge number 38 on the Staffs and Worcester Canal is rarely very exciting. Therefore, when someone I know from Faceboat, but have never met, text me (is it text or texted - answers on a postcard please) to say, ‘We will be chugging past your place in a day or so - we’ll give you a wave as we pass,’ the temptation to invite them over for a cuppa and a digestive biscuit is too hard to resist. In fact our local, The Hinksford Arms has just been refurbished - and very nice it is too - so it would be rude not to really, wouldn’t it? Put the tea bags and Mcvities back in the cupboard Kate, we’re off to the pub.

Which is how, a few weeks back, on a very pleasant summers day we came to be sitting outside the said establishment waiting for our visitors to arrive. (You can tell that it’s summer - there are an abundance of flying things that like to try to bite and sting you). Now if you recall from my opening comment, we haven’t actually met these people before, so first contact could be difficult. For all we know they could already be here, the pub having had a lick of paint, new menu, new ales and some new decking in the very large garden is rammed with people having a nose at what’s gone on.

There are a couple over there looking vaguely out of place, could that be..? I’ll go and ask. ‘Excuse me, is your name Linda?’ From the look she gave me, obviously not. You’d have thought I’d asked for her bank account details. Her companion looked at me as though I’d just made some crude pass at his wife/ girlfriend/ life partner/ mother/ granny/ Great Aunt Ethel. I mumbled some lame apology for having the impertinence to even ask such a question and back-tracked - quickly.

Which is why, when Linda Hollington, editor of a very fine magazine called ‘Canals Online’ - have you tried it, it’s very good (they have some fine columnists too) - turned up along with entertainer Gerry Goode we had what can only be described as a bit of a stand-off.

Eventually, ‘Are you..?’ and ‘Yes - so you must be..?’ the ice was well and truly broken. Let the drinking commence. Actually I don’t need much of a reason and had already started.

We chatted. About the magazine, why Linda and Gerry had started it (well where do you go to get advice on where to obtain a new flanging grommet for your chemical toilet? CanalsOnline obviously). We talked about the website they’re re-launching. Check it out, there’s a lot of hard work goes into making it the mine of information that it undoubtedly is - and it’s free. (Did I mention their excellent columnists as well?)

We chin wagged about Gerry’s impressive singing range, from Old Blue Eyes to Pink Floyd, and by this time I was feeling Comfortably Numb myself. 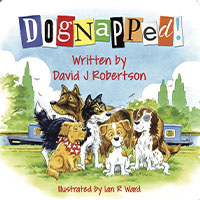 ‘How about you?’ they asked. Well modesty forbids really doesn’t it, but in my defence I can only say that it must have been the beer which made me spill the beans on my writing career in such a rambling fashion.

I mean where to start?

Was it with the rather splendid, ‘Ode to Grandma’s eaten cake, I have got the belly ache.’ which started it all off when I was around eight in the nineteen umpty umptys?

More likely it was rather more recently in the early two thousands when I decided to write a radio play. Why on Earth I thought that was a good idea I’ll never know, I never even listened to the radio! I sent, Minus Two Seven Two as it was called off to the Beeb just as soon as it was finished. Joy of joys they wrote back. In a fever of anticipation I tore open the envelope. ‘Never darken our door again.’ it read. Or words to that effect anyway.

Undeterred, and a sucker for punishment I immediately wrote another. PM dot com, a political satire. Well it was at the time. If I wrote it now you’d think that it was just a commentary on the day to day running of our country. Truth is indeed sometimes stranger than fiction. It never did make the airwaves either, but back in 2017 it was adapted for the stage and performed by a local am-dram company - I even got a part in it, even if it was in a Manchester City shirt. There weren’t enough United ones to go around!

In the meantime I rewrote Minus Two Seven Two as a sci-if/ fantasy novel. But this writing lark ain’t as easy as it sounds you know. It’s still ongoing and the day job has an unfortunate habit of getting in the way - I’ll publish it one day, believe me. 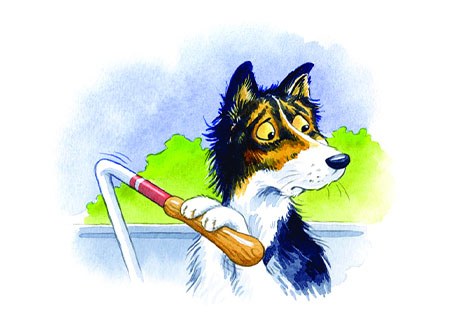 In the meantime someone suggested that I might write a children’s book about my border collie, Misty. I was writing a newsletter for our local agility club at the time as if from Misty’s point of view and I must admit that I thought it a reasonable suggestion.

The result was, ‘Misty’s Olympic Adventure.’ It was written to coincide with London’s 2012 extravaganza but guess what, once again it was a project doomed to failure. Apparently you’re not allowed to use the word ‘Olympic’ in a title as it’s a registered trade mark! Who knew? Not me obviously. There were other problems. 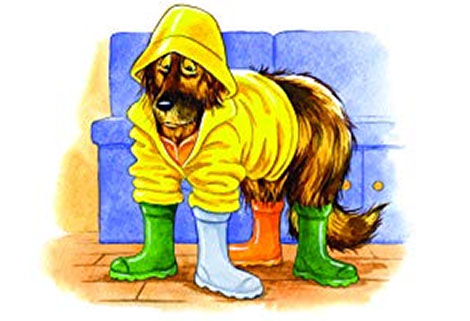 books have set format of word count, picture placement and quantity, that sort of thing. Well you live and learn. Unfortunately by the time I had lived and learnt 2012 had been and gone.

Things, as you might have noticed, were not going well. They were about to get a whole lot worse. On Boxing Day 2013 my wife of 34 years suddenly died. Two weeks later my Dad passed away from throat cancer. In the summer of 2014 (perhaps unsurprisingly, looking back) I had a heart attack. ‘We’ll fit you a stent and you’ll be right as rain,’ they said, ‘have you out in no time.’ Which is how I left hospital a mere six weeks later following a quadruple heart bypass and a collapsed lung.

Well you’ve got to do something whilst you’re convalescing haven’t you. I wrote another kids book. Again about Misty and her canine friends. I then spend a not inconsiderable amount of time trying to find an illustrator I was happy with. After months of searching, about to give up and settle for second best, I stumbled across this picture on the website of Ian R Ward, which he has very kindly allowed me to reproduce on here, alongside one of his great interpretations of a scene from ‘In The Dog House.’ That’s the very fella, I thought and it’s fair to say that Ian’s wonderful illustrations make the books. Check him out at his website.

Not willing to try to find a traditional agent, publisher and the inevitable time consuming effort involved in both (don’t forget that I had just discovered that life has a certain abrupt finality to it) and reluctant to dip my toe into the relatively new world of self-publishing, I opted to use Matador Publishing to produce the book.

DOGNAPPED! was born in 2016. Quickly followed by In The Dog House later that same year and On The Dog Walk in 2017. 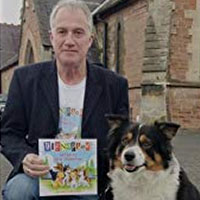 In 2017 DOGNAPPED! reached the final of The People’s Book Prize. Along with new wife, Kate, I attended the prize giving ceremony at Stationers Hall in London, hosted by Fredrick Forsyth.

I scrubbed up well, even if I do say so myself. I borrowed a bow tie from posh Dave - he sings in a male voice choir - and Kate managed to find a dinner jacket for me in a local charity shop for 25 quid. We didn’t win, but to be nominated as one of the top twelve children’s books in the country was a great honour.

I’ve recently finished a marathon writing stint about my brother’s charity walk from John O’Groats to Land’s End. A blog a day for 65 days. I’m not sure who was more knackered at the end of the trip, him or me!

And there are two more plays waiting to be produced when I can interest someone in doing them. A book of short stories, flash fiction and the odd poem is waiting to be self-published this time. I think I’ll call it ‘Scribbled’, as that not only describes some random jottings, but could also be a reference to the author’s state of mind.

Sadly I lost a true friend as Misty crossed the rainbow bridge at Easter, but her (slightly modified) Olympic adventure could make a revival as the Commonwealth Games come to Birmingham in 2022.

And Minus Two Seven Two needs to be edited and pushed onto an unsuspecting public.

Linda and Gerry seemed quite taken aback. ‘You ought to blow your own trumpet more often’, said Gerry. Now fortunately for everyone I haven’t touched a musical instrument for nearly 50 years (I could once play Twinkle Twinkle Little Star on the violin without looking at the music) but that’s not what he meant.

So that’s what this is, I hope you enjoyed it. Check out my author page on Amazon , or join me on Facebook

or even Twitter where I can be found @Misty_Books

Linda said that she may start up the book page again in Canals Online Magazine. I hope she does. Did I mention that they have some wonderful columnists?