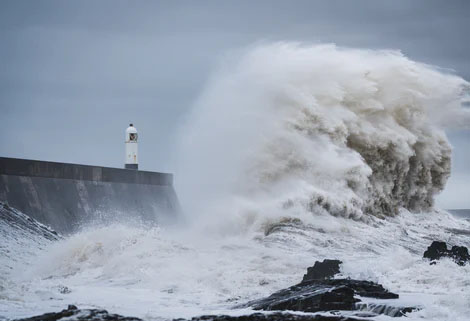 As I am writing this on the last weekend in January, I have made it across to the boat just to pump her out and check any damage from the numerous winter storms which the met officer have now given cute names to possibly in a bid to make them more user friendly.

Any how, what has struck me is that despite worrying about my boat for the last 15 years it’s quite capable of surviving most things that are thrown at it – and that possibly includes me.

Maybe we all worry far too much over what might happen rather than what actually does. The following article possibly highlights some home truths about many boats - especially the fact that they are better built and stronger than our own will to survive.

On the 17th of February 2020 the BBC news reported a story about a cargo ship called the Alta which has many parallels with Dawn Treader. She was built in 1976 and had numerous owners and numerous name changes. Her last owners were taking this ageing vessel and it’s various faults from Greece to Haiti when she suffered a complete power outage 1800 miles South East of Bermuda. With no power and a hurricane looming, the crew were finally taken off and the boat abandoned. Only she never sank. Quite the contrary! She set off drifting by herself across some of the wildest waters which you would assume ships only survive because of the skill of their captains. 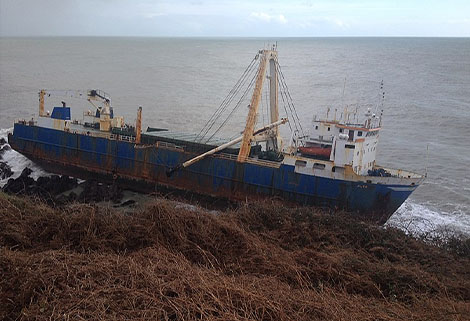 She was actually intercepted in 2019 mid Atlantic by the ice survey ship HMS Protector who, after checking her for live crew, left her to continue on her way until eventually she was washed up on the Cork coast in southern Ireland 2 years after she first set sail by herself , her hatches still intact-her life boat still in its Davits even the crane survived . Ok from the photographs she could probably do with a lick of paint but she probably needed that before she set sail. Which proves that it is often people that fail first and not the boat.

This isn’t the only example , numerous yachts have carried on long after the owners abandoned them in fear of their lives , or possibly like to day a fear of what could happen next , which is by human nature always worse than what has just happened though instead of being illustrated by some old bore in the yacht club bar regaling stories about the perils and horrors of facing a North sea storm ( usually he had just set sail in a force 5) its now main stream media and news who are the harbingers of doom that are making what were once rational human beings give up and look for the life raft. 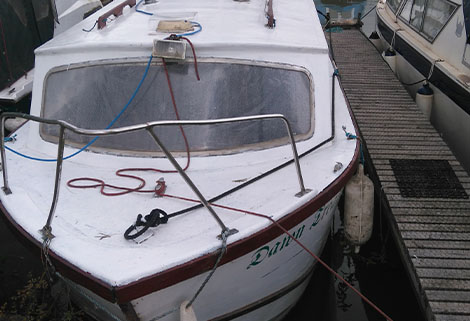 Any way we are on the canal so DT is hardly going to make it to Bristol by herself and if she did sink it would only be in 2 foot of water . So what did we find after leaving her since Christmas ? She had about a bucket full of water in the bilge, her canopy was still on , her battery was fully charged thanks to the solar , down below was damp due to condensation but dry bunks and limited mould. She looked amazingly clean due to using that special cleaner that leaves a residue that mould cannot grip on . A quick check on her mooring lines which the hitches had stretched slightly but certainly still tight and after the obligatory sign in on the app  it is time to go and leave her to weather it out for another few weeks.

Today we are all facing the voyage of the Alta non of us know what will happen and where the currents will take us next . I am not one for sentimentality and certainly not social media memes but there was one that struck a chord with me.