Home » Editorials » a strange day on the wey

...a tale of detective work

When I left school at sixteen I didn’t have a lot by way of exams to speak of, so I went off to Kingston College of Further Education to get some more.   With good marks in my City and Guilds electronics I set about working for a local company that made already obsolete equipment.   I got bored and decided that there had to be something else out there.  One afternoon, one of the guys at work spotted some of my doodles and suggested I could do evening classes in art.   That was it!   I’d be an artist so, armed with another couple of O levels from evening classes, I applied to Epsom school of Art and Design.  To my surprise, I got in!   This was all way back in 1977, when I lived at home and went on family holidays with my parents (like you do). 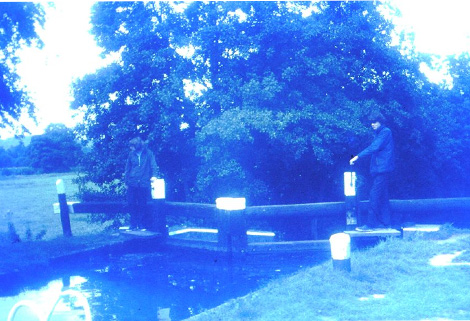 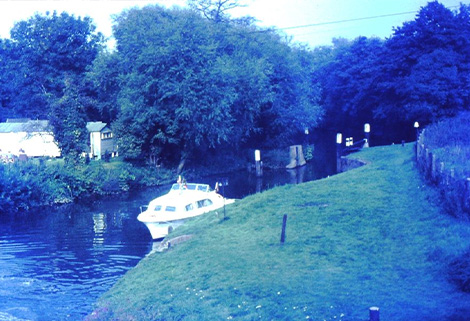 I hadn’t a clue that this was going to be one of the last holidays on the 26 ft Springer that dad had fitted out some years earlier.   Waking up on a Wednesday morning, with average weather for the time of year, it seemed that nothing out of the ordinary was going on as we looked over the scenery near Worsfold Gates on the river Wey.   Apart from there being a faster current than usual, all was well.   During breakfast I decided to turn the radio on for a bit of music, only to hear that crowds had gathered outside some unspecified mansion and that the news reporter was broadcasting live.

“He was such a beautiful and wonderful person,” one onlooker said tearfully

“How will we ever live without him,” another cried.

OK, so something big had happened but nobody said where the mansion was or who it was that had departed this world there.   The accents of those speaking were clearly American but they could have been there or in this country or basically tourists anywhere in the world where a mansion had been built.   We carried on listening but the only information we got was that they would go back to the live broadcast sometime in the next hour.   We were told the weather for the day, which we’d more or less guessed, but still not where or whom the news broadcast was about. 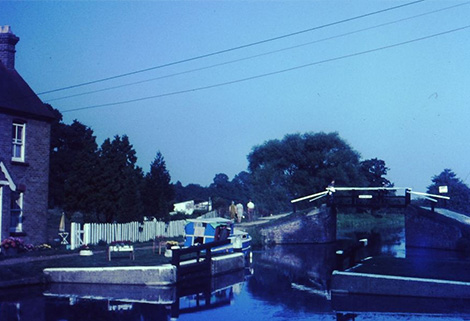 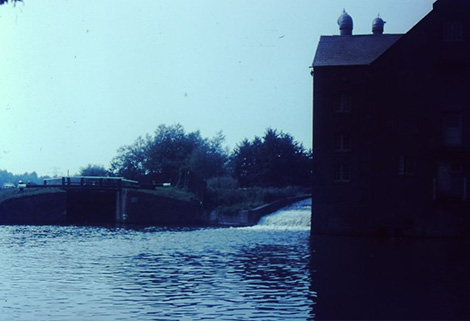 After a spot of watching the swans swimming to stand still in the current, I decided that it may be an idea to walk into the village and get a paper or at least ask someone.   Whilst I was contemplating, a man from what looked like a live-aboard lifeboat conversion asked idly if we knew what was going on with the news.   With this conversation overheard by another boat owner who was just as clueless as the rest, I decided it was time to make a move.

“I’d go to the village but I’m waiting in for someone,” the live-aboard owner said.   “But you can borrow my bike if you don’t mind getting me a tin of tobacco when you’re there.” 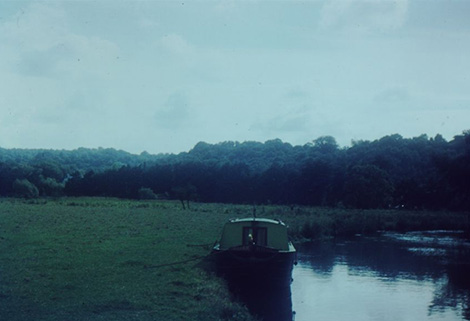 With money given for the tobacco, a couple of other orders written on a sheet of paper, I got directions to the village and set off on the borrowed rusty green Raleigh bicycle.   It was pleasant riding along the route dictated to me, as the bleb in the tyre thumped the brake block with each revolution of the wheel, and I was beginning to wonder whether the thing would stay inflated when I arrived at the post office in Send village.   Leaning the cycle carefully against the wall I bought the tobacco, some bread and other groceries and then asked for a paper that may tell me what the hell was going on.

“Nothing in the morning edition,” the lady behind the counter smiled.   “I’ve been wondering but, if you wait a few minutes the late issue is due.   You can have one of them.”

With nothing much to do, I decided that a 20 minute wait was fine, and settled to looking through stationery and other bits and bobs.   Whilst there I bought a small balsa model plane kit with the thought of building it during the holiday.   It was a simple thing, powered by a rubber band and endorsed by the BBC.   Their approval wasn’t really worth the ink used to print it as the device was really flimsy, making it unusable in anything but still air.   With the purchase made, the papers arrived and I stuffed one into the handlebar basket of the Raleigh before heading off back to the boat to the accompaniment of the thump, thump, thump of the bleb. 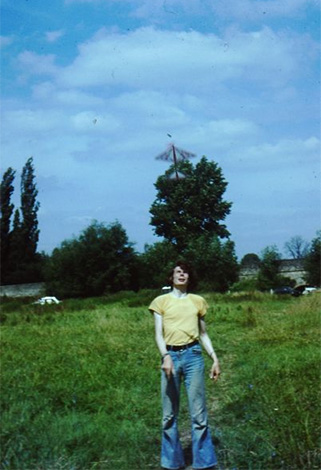 “Did you find out?” I was asked on my return.

“No, I just got the paper and came back before I forgot which way to go,” I replied.

Finally the truth came out.   The person in the news was none other than Elvis Presley himself, who had passed away the previous afternoon in Memphis.  The swans didn’t seem bothered and there was no crazed outpouring of grief in the meadow.   In the next chart show, the song, “Way Down” ceased its slow descent and shot to number one where it remained until after I’d enrolled at art school.

None of this has much to do with the River Wey and its general quirkiness as a navigation, but it is one of those moments that sticks in my mind, partly because of the location but also because of the event and the fact that, for most of a morning, nobody in that meadow had a clue what this big news event was.

All of these memories, like so many more have filtered their way through to my writings.   My foundation year and first days at Sunderland Polytechnic are now shared by May Farmer in “Maze Days,” but as yet, the incident with Elvis has not percolated.  It happened though, and I remember it as well as I remember spending hours rigging that model plane with cotton until it could fly in a hurricane.   ©2021 Michael Nye