The walks were done between 2017-19. For all walkers today, and with uncertain times ahead of us, please keep safe and take care. 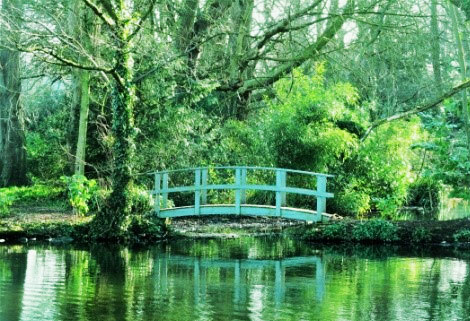 Over the past three years, I have walked on or off The Cheshire Ring with an intention of doing it either in a clockwise or anti clockwise direction starting at the Ashton Canal.  It turned out that I walked the ring in no intended order as friends and family wanted to join me.  I had opportunities to enjoy a number of return visits to the Ashton, Peak Forest and Macclesfield Canals.  We didn’t literally follow the “ring” either way due to logistics i.e. transportation and in some cases we had to park the car at a nearest town and get the bus/train to the canal.

This is the second article of my Cheshire Ring walking experience.  My experiences include multiple trips to the canals and they are consolidated into the canals’ summaries as below. 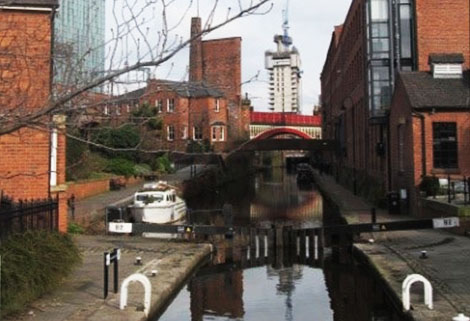 On the Rochdale Canal in Manchester we descended underground to Piccadilly Locks, 84 and 85.

This area was insalubrious and seedy to say the least and we passed people smoking illicit substances and we noticed needles on the towpath.

We soldiered on and continued towards Canal Street, the heart of Manchester’s Gay District, towards Lock 86.  Apart from the lovely, colourful, safe and relaxed Canal Street, it was an uneventful walk down to the final lock, 92, and beyond this lock is where the Rochdale meets with the Bridgewater Canal. 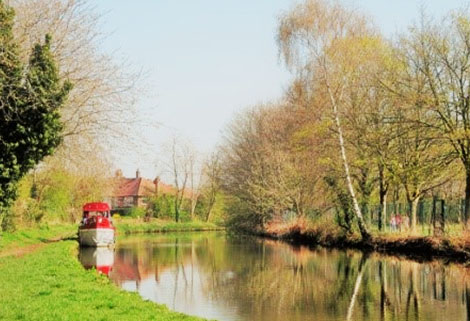 We began our adventure on the Bridgewater Canal at Castlefield, Manchester, and joined the towpath.

We saw the Ponoma locks where the boats are able to access the River Irwell and subsequently the Manchester Ship Canal.  We also passed Manchester United’s football stadium and eventually reached Waters Meeting point, not the prettiest sight on the canal.  Some walks we would have walked right towards the Leigh Branch towards Worsley and eventually Leigh via its infamous Barton Aqueduct (we walkers go across the road’s swing bridge).

On another walk we started walking to the main branch from the Trafford Centre, a large shopping centre on the Leigh Branch, passed the Kellogg’s factory, and eventually reached the Waters Meeting Point.  We walked to Altrincham via a brunch stopover at a café in Stretford and through the trendy suburb of Sale.  The Main Branch was interesting and we took the opportunity to observe the sights and sounds.  We also the crossed an aqueduct over the River Mersey: this river marks the once historic county boundary between Lancashire and Cheshire.  On arrival in Altrincham we got the bus back to the Trafford Centre.

Our subsequent walk from Altrincham to Grappenhall took us on a journey from the Greater Manchester suburbs to the countryside.  We passed the Victorian Linotype factory where the façade has been incorporated into a new housing estate (being built at the time of walking).  We passed the Dunham Massey Estate and soon after stopped for a drink at the Barn Owl Inn.  After Lymm and meeting the Trans Pennine Trail, we reached Grappenhall and got the bus back to Altrincham.

Our final walks on the Bridgewater Canal were done over a weekend and we used Warrington as a base to access the canal by public transport.  We picked up our walk from Grappenhall and continued on towards Stockton Health, a popular suburb of Warrington and near the Manchester Ship Canal.  We stopped there for a drink at The London Bridge Inn.  We had glorious weather throughout which made our walk through the Cheshire countryside a pleasant one.  I stopped for an ice cream at Moore’s village shop and we walked the remainder of the canal to Preston Brook Tunnel.  There we explored the tunnel’s portal and walked to East Runcorn for our bus back to Warrington.  We also explored the Runcorn Branch of the canal on another day and it is such a nice stretch especially walking through the Norton woodlands. 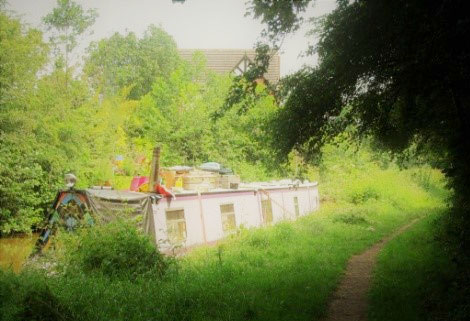 Our first walk on the Trent and Mersey Canal walking adventure was from Middlewich to Kidsgrove.  It was a tough 13 miles or so walk as it was a very hot day.

We parked in Crewe and caught the bus to Middlewich and we ascended up the canal via its locks and I briefly checked out the Wardle Canal, one of the shortest canals on the network and now incorporated in the Shropshire Union Canal’s Middlewich Branch.

The beginning of our walk isn’t the prettiest with evidence of industrial activity connected with the production of salt.  We continued onto the Sandbach area and reached Wheelock where we stopped for a drink.

From Wheelock the canals begin to become more rural and interesting, particularly with its double locks as we were descending.  We went under the busy M62 motorway at Hassal Green and up Heartbreak Hill.  After a long exhausting walk we reached Kidsgrove – where James Brindley, the famous canal engineer is buried.  Before catching the train back to Crewe, we had a look round the Northern Portal of the Harecastle Tunnel.

Our penultimate walk was from Anderton to Middlewich and we caught a bus from Northwich, where we parked the car, to Anderton.  On arrival and before we started the walk, we had a coffee stop at the Anderton Boat Visitors Centre’s Café.  We were hoping to visit the Salt Barge Pub in Marston but it was closed as we arrived a little early.  Instead went to the Lion Salt Works Museum.  There my Dad had a look round the museum while I indulged in a Cheshire Cream tea.

After an enjoyable visit there we continued our way towards the industrial landscape of Northwich’s outskirts.  Resulting from the salt mining industry and its subsidence we passed numerous flashes (lakes) en route to Middlewich and along the River Dane and the Dane Valley Way.  We eventually reached Middlewich Big Lock and had a drink at the Bridge Lock Pub.  It was nice to watch the boating activity down below from the balcony.  It was a short walk to the bus stop for our bus back to Northwich.  We had a little look round Northwich, a charming town centre by the River Weaver and with black and white Tudor style buildings on its high streets.

Our final walk was a circular one from Anderton and back via the River Weaver and the canal.  We turned left on the canal after a pit stop for coffee at the visitors centre’s café and reached Soote Hill Bridge where we walked towards Saltersford Lock.  There we met a friendly dog and we had a play with it.  We continued on to Little Leigh where we had a drink at The Leigh Arms, besides the Action Swing Bridge.  The black and white swing bridges on the navigation fit nicely with the landscape.  We even saw a ferry boat in operation on the navigation with day trippers on board.

We did the final stretch to Dutton Locks and walked the Delanmore way to rejoin the Trent and Mersey Canal.  We did the short walk to the stop lock and the Preston Brook Tunnel at Dutton.  We then retraced our steps towards Saltersford and Barnton Tunnels where we walked over the tops.  We eventually reached Anderton where we joined the car for the journey home.

We have now completed walking the Cheshire Ring Towing Path.  We saw and experienced a lot of interesting sights and things over approximately 100 miles of walking.  It’s a popular cruising ring but also it’s a popular walk which we were glad to do.  I look forward to sharing another walking experience on another canal in the not too distant future.