The Vine Inn, Rugeley is a real ale drinker's delight with its own micro brewery on site producing a core of their beers along side seasonal guests and the ever present bass.

Situated across from Elmore Park just of the town centre its frequented by many locals to the area as well as people travelling in to sample the ales and a wide range of spirits that are also infused and made on site. Just a short walk from the canal next to the picturesque St Augustine's Church moorings or a little further along by the local Tesco, many boaters find refuge in The Vine whilst using the launderette just to the rear of the pub. With a welcoming atmosphere and approachable staff, the pub has a real community feel and is dog friendly to boot. 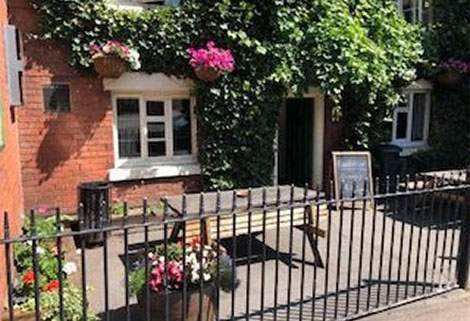 From the front the Pub is a sprawling building with the brewery situated to the left and a small court yard at the front with two imposing grapevines and old English ivy present in keeping with name. Once you come into the pub the first room you come to is the main bar, a spacious room with a traditional bar and scrub top tables. Locals are stood at the bar laughing and joking with the bar staff. Other groups of various ages are scattered amongst the other tables and the open fire roars setting a warm friendly atmosphere. 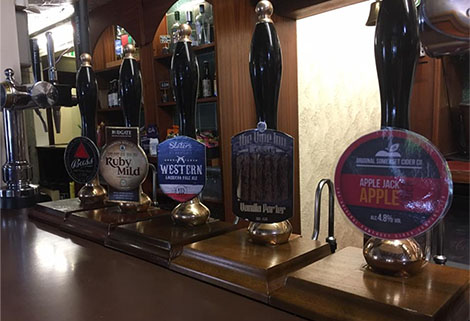 Behind the bar there are some 12 large kilner taped jars labelled with such delights as Christmas pudding gin, cherry rum and raspberry vodka. A glance at the hand pulls shows 4 of The Vine’s own beers all lined up in uniform on the hand pulls are a vanilla porter, grapefruit IPA and a ruby mild with their guest ale of single hoped summit, but the knowledgeable staff are quick to inform that the pecan porter  provides the aromas coming from the brewery.

To the left of this room is a smart little restaurant room where the chef is adding the finishing touches to the room by placing a mirror on the wall ready to open up his new venture in December. 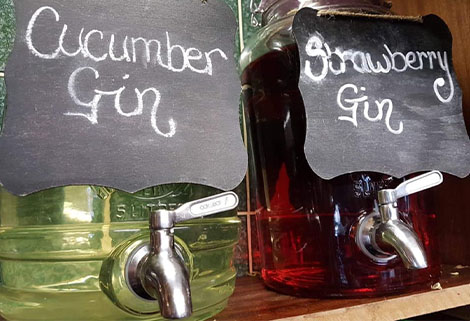 To the rear is a large pool room over looking a lovely courtyard style beer garden complete with a large covered area.

A member of bar staff affably offers a tour around their small brewery which is a 2.5 barrel stainless steel brew kit with all sorts of smells emanating through the steam. Through the steam is a store room full of barrels and hundreds of boxes of bottled beers as well as gins, the head brewer Chris states it is all ready to go out to the local Christmas markets in the neighbouring towns. 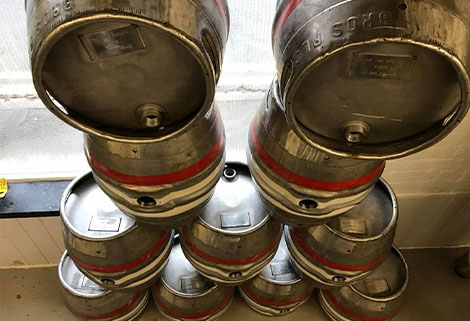 Landlord Oliver Westwood and his team (most of which have been there a number of years which is always a good sign) have been at The Vine since 2005. Under his tenure the micro brewery has been added and a great deal of improvements have been made he says. “The Vine Inn is a labour of love for me and the staff. It was always my father's local and he even had a stint at running it as a tenant when it was a punch tavern pub. When it came up on the market as a freehold we just had to jump at the opportunity to rescue her. Since then we have replaced roofs, installed a new garden, taken out miles of Artex, re wired every room and generally worked on years of neglect at the hands of various pub co’s and breweries. We still have a long way to go but have a great vision of what the pub can be to secure it for generations to come”. 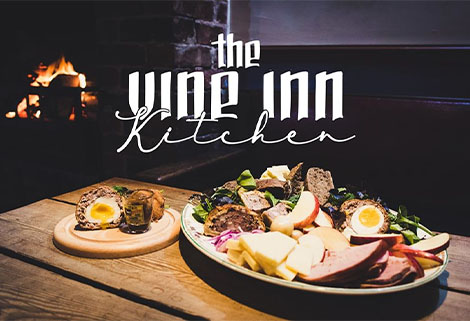 This is evidenced in the work to the kitchen, which is now producing bar snacks and sharing platters and other delights into the restaurant room and bars. This whilst the function room is also being upgraded to host live music and entertainment after a long hiatus. Oli enthusiastically tells us he already has a commitment from the local blues club to use the space on a monthly bases for a rock and blues night. He’s hoping to attract more local musicians to host residences here in 2020 to turn the 16th century function room into a lively little venue.

This is not to say The Vine isn’t worth a visit in its current state which is that of a traditional active community pub. The future seems bright for this pub and we can’t wait for our next visit to see what’s new.

Oli and Sian welcome you to the Vine Inn & Brewery in Rugeley. The pub isn't quite by the canalside, but certainly worth the short walk.

You could hardly get a better review than this : 'They have a few brand names on tap and in bottles. But the highlights are the guest ales that they brew themselves. These are always very tasty beers. And now they do a range of fruit infused spirits too. Add in the friendly staff, and you'd be mad to drink elsewhere'.  When we are up on the Trent and Mersey, we shall certainly be looking in!