Much of our leisurely travelling time has been undertaken early in the year, due to trading commitments since the spring of 2014. Last April, returning from a month in New Zealand, we chose to venture southwards to explore at Gloucester Quays - and experience what the Gloucester Sharpness Canal had to offer. Those were in themselves a joy to visit. An additional, unexpected thrill, was the picturesque and fascinating sunken ships on the banks of the River Severn, able to be extremely easily accessed from the Canal.

The River Severn is reportedly the longest river in Britain, flowing for 220 miles emerging from the Welsh mountain Plynlimon (try saying that after a glass of home brew!), and dropping 2,000 feet over its course before merging as The Severn Estuary following the second Severn crossing just before Bristol. It also boasts the highest tides in the world, amazingly reaching up to 50 feet. There’s fascinating online footage of surfers taking advantage of the spring tide and its famous Severn Bore . For years Barry has longed to travel from Portishead to Sharpness, or the reverse, on a narrowboat, though unsurprisingly I’m not in the least keen. Maybe one day those dreams will materialise; never say never ...

As an aside, the name of the Severn apparently derives from the Celtic word ‘Sabrinnā’ , and was subsequently immortalised by a mythical story of a nymph named Sabrina, who legend regales drowned in the river. This vast body of water not only flows from Wales to England, it also forms a boundary between the two countries. It’s magnificent to gaze in awe as the landscape reinvents itself with each changing tide. As Geoffrey Chaucer said, and something we wholeheartedly agree with, “ Time and tide wait for no man. ” We have no doubt that had we not been living on a narrowboat, cruising the Inland Waterways of England and Wales, we would never have experienced mesmerising sights such as these. 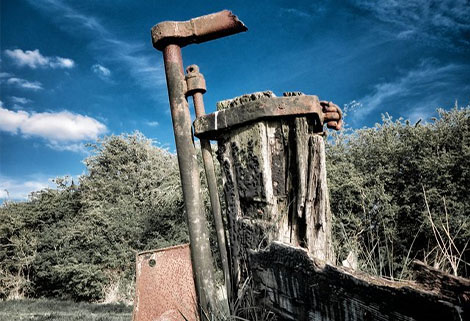 We’d previously cruised only as far as Tewksbury on this river in 2009. Arriving into Gloucester Quays eight years later, we were immediately impressed by the vastness of the basin, and the way the city openly embraces waterways related businesses and welcomes boaters. There’s a National Waterways Museum sited here, though sadly we didn’t manage to fit that into our schedule. There’s a café boat. Stand-up paddle boarding lessons. Plenty of visitor moorings. And a brilliant buzz from a variety of thriving Quay-side businesses.

After exploring the area for the time we had available, Barry continued on cruising down to Sharpness on the Gloucester Sharpness Canal, while I jumped on a train to fulfil commitments on land to family and facepainting. Many years ago this waterway was used for transporting grain and timber up to the Midlands, and industrial products down and out into the world.

Returning a week or so later, via a circuitous public transport route (a frequent occurrence for me!), I re-joined Barry at a rather remote looking place called Hinton Turn . It was a lengthy but fascinating walk back to where Areandare was moored, crossing over the large lock at Sharpness where brave and fearless narrowboaters emerge from their heroic tidal journeys. One-day maybe Barry ... 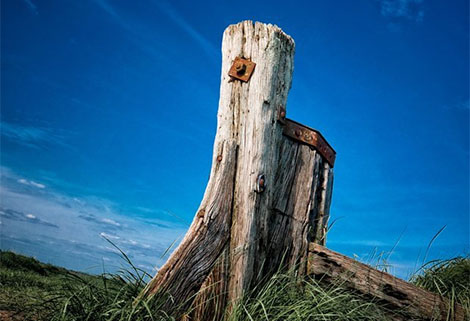 The Ladies of Purton

The following day we moved a short distance up the canal to moor at Purton, and watch the tidal shifts of the River Severn. We also made time to wander around the Purton Ships’ Graveyard , more commonly referred to as The Purton Wrecks , or my favourite is The Ladies of Purton - which I recently zoned in on listening to Jeremy Paxman’s ‘Four Rivers’ TV Channel 4 documentary. Boaters are in a prime position to visit this fascinating place, as the canal hugs the river for a short distance, and there’s sparse nearby vehicular access.

There’s known to be an assortment of 81 vessels on this Site of Special Scientific Interest (SSSI), which were deliberately breached and wrecked, beginning in the 1840s up to the 1950s, to enable them to become and remain partially submerged here. It sounds bizarre, but the purpose was to save the River Severn from erosion, and importantly protect the Gloucester and Sharpness Canal (there’s only a sparse slither of land between river and canal), and they’ve unwittingly evolved to become the largest collection of maritime artefacts on the foreshore of mainland Britain. That’s quite a mouthful! 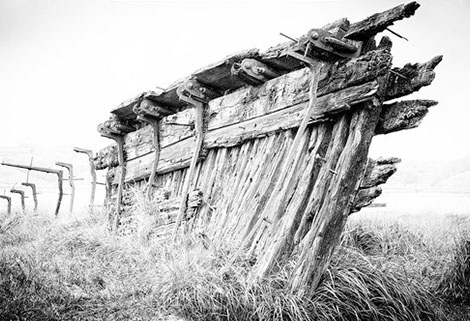 Walking around these remains was surreal, and thought provoking. We’ve long held some sort of morbid fascination with graveyards, though obviously of the human kind, and this felt like a watery extension of that. Human carcasses generally have engraved stones accompanying them, portraying a miniscule snippet of the story each life.

At Purton , thanks to dedicated work to expose and record the wrecks’ remains, Archaeologists’ have been able to identify and place the history of each one nearby for posterity. A local Maritime Historian Paul Barnett set up the Friends of Purton group in 2008, and lists each coaster, schooner, trow or barge on their website. There’s even a ‘Wood Barge’ called Barry! Their mission is to get English Heritage recognition and listing, to increase exposure and protection.

Sadly however, it’s not known how long this historic collection will last. The vagaries of the tides have helped lodge them as they fill with silt, which was of course intentional, but it’s also burying them deeper day-by-day. Horrifically the other main challenges are human destruction of the negative kind. Mindless graffiti, people ripping off timbers for firewood and alfresco barbeques (unimaginable!), and it’s reported some have stolen timber for local house construction! How appallingly short-sighted and selfish can some people be?

Barry captured some splendid shots of the artefacts, though sadly we didn’t record which image belonged to which vessel. Maybe someone reading could identify them? 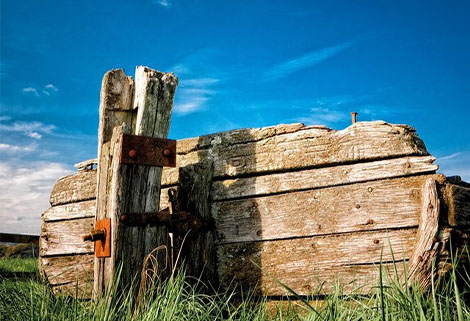 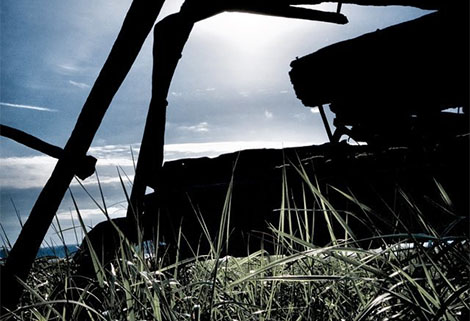 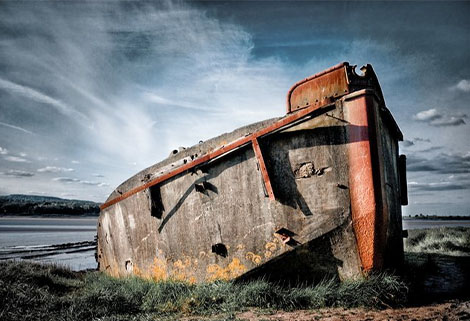 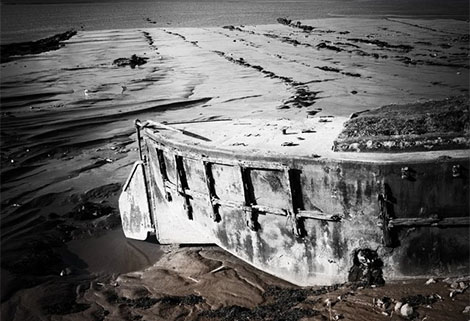 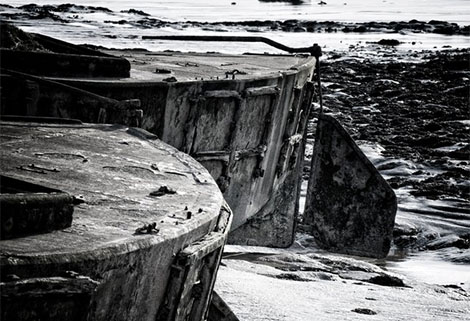 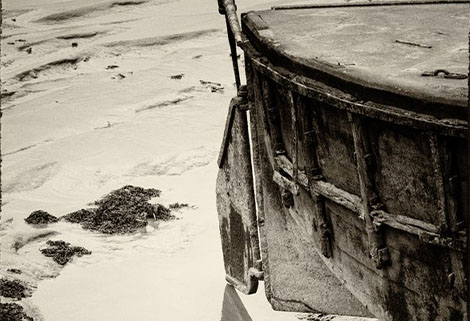 I believe picture number two was a boat called ‘Dursley’, bearing the name of a nearby Cotswold town. Constructed in 1926, in its heyday, this vessel transported up to 40 tons of timber along the Sharpness to Gloucester Canal. It was beached at Purton sometime in 1963.

Each wrecked boat is listed on the Friends of Purton website, with as many details of their history as has as yet been discovered. I’d recommend reading about them before visiting, and treating each one with the reverence and respect these previously hardworking ladies deserve.