Spring has sprung
The grass is riz
I wonder where
The birdies is?

Ah yes, spring is here down by old bridge number 38. After a bit of a false start that is. No sooner had the weatherman told us on March the first that, ‘today is the metrological start of spring,’ what did we get? The Beast from the East howling in and then storm Emma icing up our southern regions. Winter drawers on then.

Personally, and call me old fashioned if you like, I prefer my spring to start when they put the clocks forward (or is it back, I can never remember). Imagine for a moment that you’re a Swallow. You’ve been off to South Africa on your holibobs and you hear on the grapevine that Tomasz Shaftandknackers has told his viewers on the Beeb that winter is nearly over. You pack your little suitcase, pull on your flight socks, dig out your passport from the bottom of the nest and head on home only to find the snowdrops are hidden under a six foot snow drift. You’re not going to be best pleased really, are you?

Leave it a few weeks longer is my advice, let’s get a bit further in to April and err on the side of caution.

But, mentioning our feathered friends reminds me that the subject of this column in our new issue of Canals Online is nature. No, leave your clothes on madam, I think you’ll find that’s naturism, something completely different.

Yes they’ll all be heading back over the coming weeks, singing their little heads off at five in the morning. Bless! 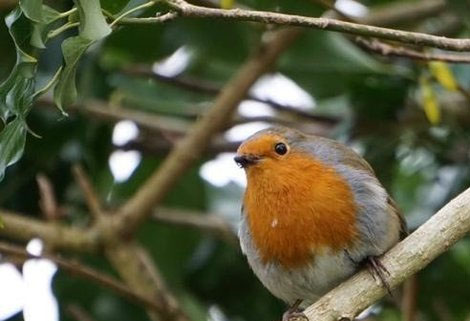 The Robin has been here all winter of course, jealously protecting his territory against all comers, as witnessed by my good friend Sean Harris. See more of his photo’s on Instagram at seamus0sean.

I’ve seen the Wren quite regularly skittering through the hedgerows on the towpath. But as for the rest...

Tits of all descriptions will be bouncing about through the branches soon. Great ones, Blue ones, the family of Long Tailed ones which descend en masse any time you throw out a few nuts. Coal Tits, quite appropriate here in the Black Country.

All the usual suspects, Pigeon, Sparrows of all denominations, Finches, Blackbirds to name but a few. 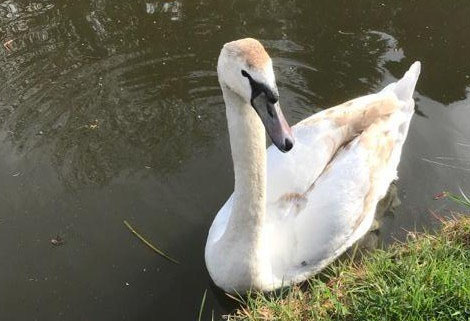 Bobbing up and down in the swell from your boat there’ll be Mallards, Coots and Moorhen of course. The odd Swan or two.

But we also have a good representation of the lesser spotted varieties as well. A Nuthatch perhaps climbing down the tree trunk. Buzzards circling in the sky scanning the rabbits. As I laboriously type this with my one finger I can hear a pheasant crowing at its mate on the other side of the field and a Green Woodpecker trying to batter his head in on the side of a tree trunk.

The Grey Heron will be standing pencil thin if you look at him face on, up to his knobbly knee joints in canal water and if he thinks he has been spotted will launch into the sky with a screech like some prehistoric Pterodactyl.

At the right time of day Swallows will swarm around you if you stand stock still as they swoop to skim just above the water’s surface. Pick a spot where the vegetation on the bank is not too tall, between 3 and 4 in the afternoon and wait for them to show up. Are they drinking or feeding off insects? I’ve never been sure, but I feel privileged to be a part of the ritual whenever it happens. No doubt they’ll then be off to build their nests in Billy Whizz’s (my wife’s Shetland pony) stable out of spit and other disgusting stuff.

And then there’s my favourite, a foot above the canal and two feet from the opposite bank to the towpath (apologies for the imperial measurements, I am that old!) a flash of electric blue. You have to be quick to spot the Kingfisher, but follow his flight to where he zips into the undergrowth and when you eventually catch up you may be lucky enough to spot his orangey brown chest among the newly sprouting leaves as he scans for his tea.

Sheila’s parrot. No, that’s not a new species of the brightly coloured chatterbox but the name of our neighbour who left her front door open when cleaning out the little darlings cage. We spent a fun few hours rampaging through the countryside whistling like some demented Roger Whittaker tribute act. It came back when it was hungry.

My wife swears she keeps seeing a Little Egret perched by Smestow Brook on her way to muck out Billy. There is however no corroborating evidence for this claim. I’m not questioning her eyesight just the strength of the prescription for her lenses.

A Hoopoe was spotted in these parts a couple of years back. Not resident in the U.K. it got a lot of people very twitchy indeed. The lanes and hedgerows were full of folk with telephoto lenses trying to get a better look. 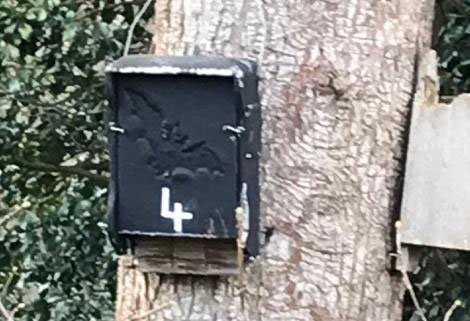 But it’s not just birds is it? Not around these parts. Bats. Yes madam, sends a shiver down the spine doesn’t it? There are bat boxes hung from the trees just off the towpath. One even has a large number ‘4’ painted on the front. Probably to help the postman, Mr. V. Bat, no. 4 The Bat Cave, Gotham City.

Pardon? What sort are they? Well I’m not too sure, but the one that landed next to me had a black cape with a red lining. Funnily enough I seem to have had a pain in the neck ever since.

Again in the mammal kingdom we have the usual countryside suspects, rabbits, foxes, badgers, hedgehogs, as mentioned previously my wife’s Shetland pony. Again though there are the more exotic. I once watched as a mole, quite common in their subterranean world, but this one above ground for once, charged out of the undergrowth, across the towpath and plopped into the cold dark waters of the Staffordshire and Worcester. I was quite  concerned for the little fellow until he struck out for the opposite bank using his front digging paws as flippers and doing a quite admirable breast stroke like some furry Duncan Goodhew.

Moles in these parts are doing very well, thank you very much, as evidenced by the fact that there are enough molehills to make a good few mountains out of.

There are rumours of Muntjac Deer in the woods over yonder, although I’ve never seen one myself. I did spot a Mink though a few years back. I’m quite pleased for the rest of the local wildlife that I’ve never spotted it since - their reputation as a ruthless predator precedes them. I once found an Pygmy Shrew scurrying through the towpath verge. A tiny round body with a tail two thirds the length of its body and long pointy nose, if you’ve ever seen one, did the same question occur to you as did to me? I wonder whatever happened to Barry Manilow?

I hope you’ve enjoyed our look at the local wildlife. Let me know what exotic creatures you have down your end.

No, I know I haven’t done flora and fauna.

I can’t tell a daffodil from a petunia and anything that gives me raging hay fever is, quite honestly, not deserving of my attention. If you want flowers - Interflora.

Yes sir? Yes, you at the back with your hand up. I haven’t mentioned entomology? Sorry, I never thought to. Anyway I’m sure you can get cream for it. Oh sorry, you meant insects. Well again I’m not an expert, so I’ll leave you as we started with a rhyme. 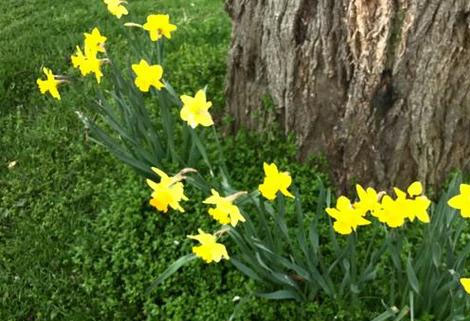 See you in a few weeks as I once again take in the view from Old number 38.

Meantime I’m off for a walk with the dogs - Tomasz says the sun’s about to come out.

That’s why I’m in my waterproofs and wellies.

And just to prove that I was only kidding about the flower thing, here’s a nice picture of a golden host of petunias.