slipping into an accent

Home » Editorials » slipping into an accent

slipping into an accent 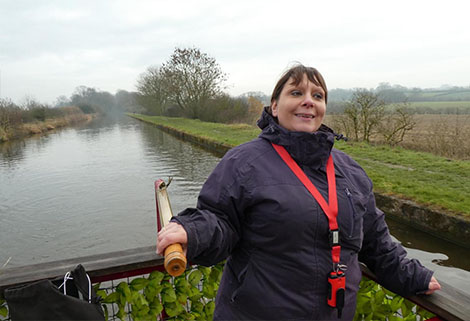 Emma on the Shropshire Union Canal

Before we moved onto a narrowboat we filled our minds with information about how locks work, maps and routes of the waterways, engine maintenance and all the things we thought might be essential to know. When we started travelling we were so focused on not hitting the cill in a lock, so excited by being on an adventure, that we hadn’t fully thought about the people we would meet along the way.

Being musicians we have travelled around the country for twenty plus years, driving up and down the motorways, arriving for soundcheck, getting up on stage, packing up and heading home again. Coming from Gloucestershire, and with family in the south west, I’ve always been enthralled by the different accents we’ve encountered that seemed unusual, curious or, sometimes completely incomprehensible. 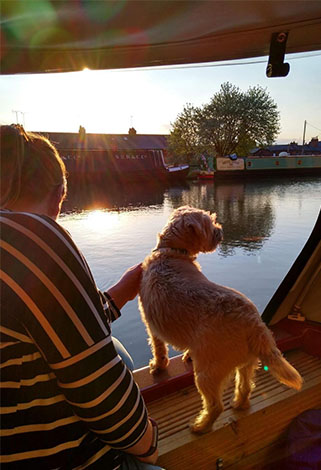 Emma and Ernie in Chester Basin

When we set off on Jambo we travelled not at seventy but three miles per hour and in doing so slipped quietly through the water, gliding into each new village and town. We knew Worcester well as it was close but as we moved northwards we found ourselves listening to accents slowly emerge, alter and change – like climbing the lower slopes of a hill with the gradient getting steeper until the source area of the accent appeared at the top then slipping away again to be replaced with the foothill of another.

As we navigated our way up the Staffordshire and Worcestershire canal we skirted the outer edges of the Black Country with it’s unique accent that has more in common with Middle English of a thousand years ago than most other regional English accents. When an outsider is spoken to by someone of an older generation from Dudley it often leads to a quizzical look and a shrug at its impenetrability!

Heading up the Llangollen canal we heard the slow creep from English to Welsh with it’s sing-song mellowness and sad undertones and as we made our way further north to the upper reaches of the Shropshire Union in Cheshire the twang of the Mersey estuary, most associated with Liverpool, crept into the pronunciation and phrases. As we couldn’t take a direct route east we had the chance to hear the slow decay of the Cheshire inflection and the rise of Mancunian which reached it’s crescendo within Manchester itself.  It seemed strange in contrast to reach Wigan, which even by Narrowboat didn’t seem that far away from both Manchester and Liverpool, and hear such a unique and different tongue.  It was in Wigan that I definitely felt most distant to our original west country home.  Saying the word ‘pal’ down south is often followed by an argument and yet up there “y’aright pal” (are you alright pal) was used in the same way that “mate” is used in Gloucester or Bristol. 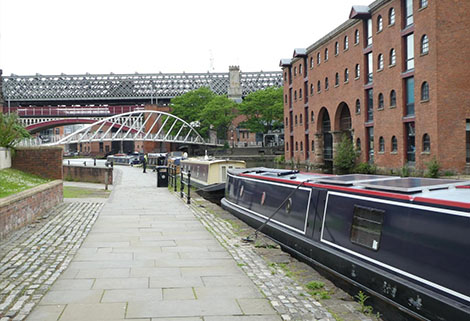 Throughout all of these changes brought about by our journeying we met the folk on boats.  Those who like us travelled brought a wide and varied range of accents from their original homelands. Most strange of all was what happened to my own accent. Left to it’s own devices I have a relatively strong Gloucester/West Country accent (or speaking in farts and whistles as a friend from Bristol once described it) but after years of needing to speak to people from all over I’ve lost it by the simple necessity of needing to be understood. The further we got from Gloucester, the stronger it became until one morning I jumped out of the boat and instead of saying “good morning” came out with something that only an old farmer from the Forest of Dean could have understood!  As we got nearer to the south west again my accent snapped back into it’s usual BBC announcer state! Very Bizarre. 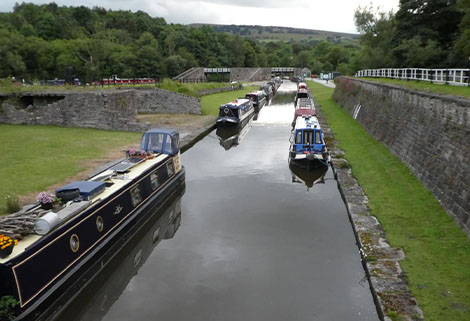 Travelling the length of the Trent and Mersey canal we left the rhythms of Cheshire behind and listened to a gradual change into Midlands accent around Rugeley and Burton on Trent before the addition of a northern inflection started creeping in as got nearer to Derbyshire.  It was fascinating to listen to and gave us plenty to natter about as we made our way along on the back of the boat.

After Leicestershire, where to be honest we didn’t get to speak to too many people (not sure why), we headed along the Grand Union. After quite some time north of Birmingham it was quite a shock to hear southern voices again but as we curved up towards Warwick and Kings Norton the familiar Brummie tones appeared.  It’s a warm and friendly accent despite reports that it is the least liked in the UK and the focus of much mimicry but I love the sound of it.

Once we’d returned to Gloucester for the winter it took a couple of weeks to not “hear” the accent. This may sound strange but when we first got back to the area our friends and families accents sounded remarkably strong and it took a good couple of weeks to readjust and for it to become invisible to our ears again. 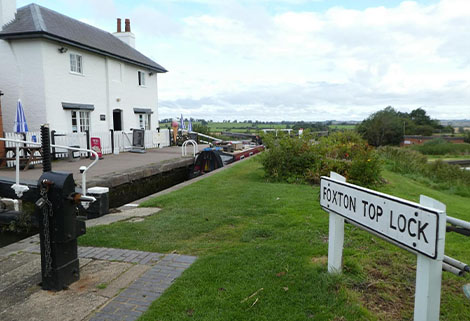 Something special happens when people get onto towpaths. The rush and hurry of day to day life can fade as the water works its wonders, people smile and are more willing to stop and talk.  Between boaters the conversation inevitably turns to the weather, news of the waterways and toilets but from non-boaters the most popular questions are normally ‘doesn’t it get cold?’ (nope), ‘do you live on there?’ (yup) and ‘do you go to the loo in the canal?’ (absolutely not!!). Once these essential questions are out of the way people often open and are eager to talk about the local area, about the history of the place or their own experiences of boats. This means we have heard some wonderful tales ranging from boating disasters to local road planning and how the place has changed to one interesting chap who once worked in the rope industry (it was a lot more interesting than it sounds!).

Whatever the subject though there have been few occasions that we’ve been bored by people who want to stop and chat and we’ve also noticed that a boat going through a lock is enough to entice even the most sullen teenager into action in helping with a gate. It’s taken some adjusting to but we’ve met a number of  “dodgy” characters, especially in cities, who you might if you passed in the street try to avoid but who have turned out to be, genuine, friendly and engaging – the water is a great leveller. 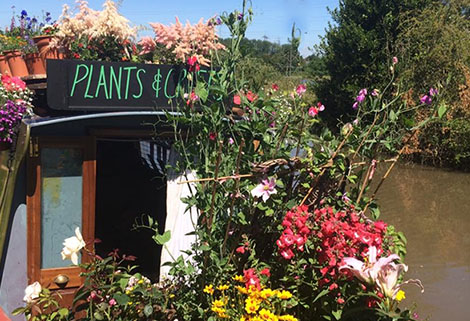 The people most special to us have been the boaters we’ve met. When I fell off of a lock gate in 2019 and stumbled my way down into Audlem it was Claire and Neil from their boat Jodarolo Crafts who helped us moor up Jambo and point me the direction of the local hospital. Further along the way, when we were buzzing at having just gone up the Foxton lock flight we met Rob on Tebay who could understand what we were doing and why we were so excited. At Braunston we met Chris who had sold our boat Jambo three times already and at Greensforge we met Jo and Michael who record their travels on YouTube as Minimalist and had a good natter while we gave them a lift to the chandlery to buy emergency spare parts as they’d broken down.

But most special have been the boating friends we’ve met and got closer to during the national Coronavirus lockdowns including this site’s very own Linda and Gerry and the wonderful Martin & Gail from Towpath Tipples (if you like canals and you like Cider these are the people to know), and Debs, Andy, Chris and Evie, who have become like family.