potholes – a thing of the past?

Home » Editorials » potholes – a thing of the past?

potholes - a thing of the past?

Engineers from the University of Leeds mechanical engineering department have recently developed a robotic drone that boasts of being able to repair potholes in roads in just sixty seconds.

After being awarded a £4.2 million grant, councillors want to make Leeds the first city in the world to have roads fully maintained by mechanical robots by 2035.

The idea is the drone scans the road / motorway for potholes from the air, once found the drone will descend over the hole and spray a 3D printed asphalt compost into the crevice, preventing the hole from getting bigger.

The whole process takes less than a minute and has been developed by experts who hope by using this new technology they will reduce the need for sprawling road-works which blight the country by causing traffic congestion.

According to the experts, the best thing about this experiment is that it can be undertaken at night when the streets and roads are empty. It will be tested over the next two years. 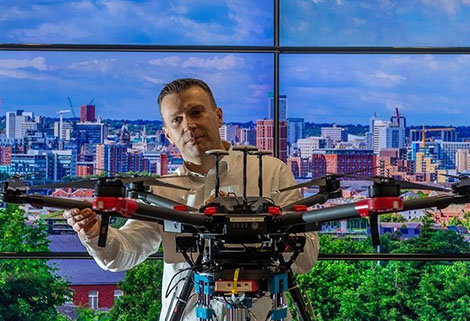 Professor Rob Richardson, the operational director for the robotic element of the project said

“We see the drones as similar to urban foxes, we know they are out there, but you don`t see them on a daily basis; there are not going to be machines flying over your head constantly.

"You will see them at particular times in certain places, but not all the time, making them less invasive.

“Unfortunately at this present time, if you get a pothole you need people and large vehicles to address the situation, which causes disruptions and road closures, and which leads to frustrations and anger for the motorists and residents alike.

“We want to change the way repairs are carried out by causing the least amount of upheaval possible, by using the drones we can help prevent the potholes becoming worse.

"If you have to close roads for long periods of time not only does it cause the pollution levels to rise by idling vehicle`s but also delays travellers on their daily journeys."

The vision is to have these kinds of technologies in place in the city by 2035 and by 2050 the whole of the UK will have self repairing schemes and projects in place.

Experts from University College London have helped with the development of the 3D asphalt printing technology which can be flown by a drone, with work already underway on the robot's scanning device and decision making capabilities.

Highways England which oversee the motorway and the A road systems are also looking at hi- tech ways to fix Britain's ageing network. 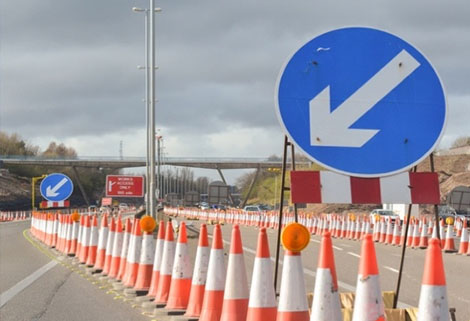 The government owned company presumably predict future cars will be able to pinpoint potholes on motorways and instantly alert the officials on the whereabouts of the hole ready for repairs.

The future for Britain's drivers looks promising, as potholes and traffic delays are one of the biggest gripes that motorists have. A recent AA report stated that 1.91 million drivers were stranded in the early part of 2018, with a fifth of them being delayed by damage caused by potholes or similar: 8% up on the same time as last year. Over 10,000 potholes have appeared in the past 3 years.

One spokesman said “Why does Britain have third world type roads when we have a first world economy?"  In response to this, Town halls have claimed that they are £556 million short of the money that is required to fulfil the needs and carry out the repairs successfully.

A Department of Transport officer said that they are providing locals councils with £6 billion towards the upkeep of our highways.

Potholes cost British drivers up to £1.7 billion in repairs and cause serious problems for cyclists having to swerve to avoid them on every journey.

There is also the disruption that road works cause for residents, especially if there is a queue of idling traffic sitting outside your home, causing pollution and congestion. 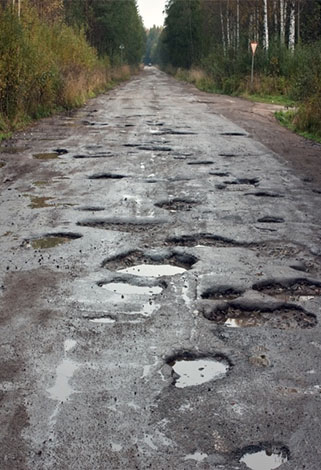 Recently drones have had a bad publicity with all the scandal concerning flights of illegal machines tormenting Gatwick and Heathrow which, according to speculation, cost the airports £10 million in lost revenue.

Unfortunately the machines get the bad press and not the idiots who control them, the thing to remember is that drones do not fly themselves.

When you look at all the drone stories that are accumulating around the world, these pieces of wonderful technology are absolutely vital to some people, whether it be through drone farming, medical supplies being delivered, or for animal conservation. Search and rescue operators would find their roles a lot harder without these pieces of equipment. Companies like Bearingtech can help maintain these machines by supplying the parts and accessories that keep them airborne.

The next time you switch on your television and wonder at the marvellous pictures you are witnessing from the top of a mountain or on seeing a pack of elephants roam across the plains, remember how that is achieved: yes by drone! And if through drone technology they can succeed in reducing road works and congestion, then everyone will benefit greatly whether driver or pedestrian.

From an environmental point of view the less pollution the better.