pick me up and then you kar go

pick me up and then you kar go

Throughout the past year there have been plenty of discussions about deliveries being made to households during the current Covid 19 pandemic crisis, ranging from booking a delivery slot from a supermarket to getting your favourite take away food.

Over the past 10 months, we at Bearingtech have reported on the emergence of drone and autonomous deliveries and the importance that drones and robots now play in everyone`s lives, ranging from park rangers, farmers, parcel services and medical suppliers.

The biggest concern for the majority of people is the contact element that is carried out when a delivery person turns up at your home, especially when we are being told by the government to avoid contact wherever possible to help remove the possibility of spreading the virus even further. 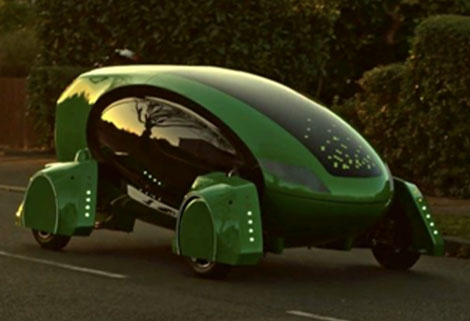 Well, how about if the deliveries could be made by an autonomous source, a robotic vehicle that could bring goods without the use of human contact?

Sounds a bit like science fiction, but in fact it is now available and up and running and hitting the roads. Kar –Go is a state of the art self-driving delivery robot that has been built by the Academy of Robotics who are a technology institute with an extraordinary team of engineers, researchers and scientists.

They specialize in creating technology to perform or simplify complex tasks by combining the best techniques from machine learning and mechatronics to building powerful self-adapting machines and task specific artificially intelligent software.

The success of the invention shows how driverless vehicles could eventually become a common site on our roads and streets delivering parcels across the length and breadth of the country. The whole system is very similar to the autonomous bus and tram service currently being used in Germany and Holland, with parcels being substituted instead of passengers.

This however is not the first type of autonomous delivery service that has been put into practice, some drones have been carrying out automatic drop services for a number of years especially in hard to reach places such as the African plains and the outback`s of Australia where normal road deliveries can take days, sometimes weeks instead of hours. 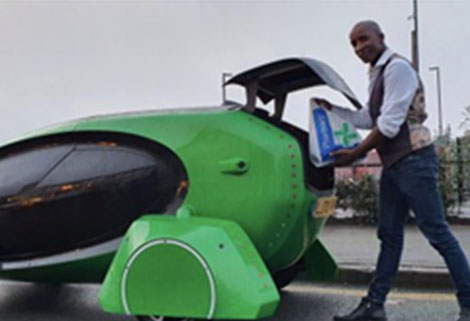 The Kar-Go vehicle will be able to drive itself to and from the senders delivery hub to the customers address and hand over the parcel automatically by using its on board robotics, without the need for human contact.

Thanks to its unique system, the electric vehicle is capable of delivering to city centres as well as rural and suburban locations.

It focuses on the small shoe-box size shaped parcels, where delivery costs can account for the third of the cost value, part-increasing pressure on margins for both retailers and logistic companies.

“Artificial Intelligence can be magical if used the right way”

With a capability of covering 60 miles, which is more than the average daily delivery round, when fully loaded on a single charge this autonomous robot could dramatically reduce the environmental impact that normal delivery vehicles have.

William Sachiti the founder of Academy of Robotics said,  "Kar-Go`s first deliveries represent a key milestone for the wider automotive industry. Alongside our partners at Eurovia UK we have been working closely with DFT`s  Centre for Concerned and Autonomous Vehicles (CCAV) and key London stakeholders.

"What makes it magical for me is that we applied AI and robotics in a useful and good way, the technology is there when it is needed and out of the way when it isn’t.

"The design has been developed as a green alternative to fossil fuel delivery vans, which will enable logistic companies and retailers to help keep delivery costs down, while providing a more convenient delivery experience”. 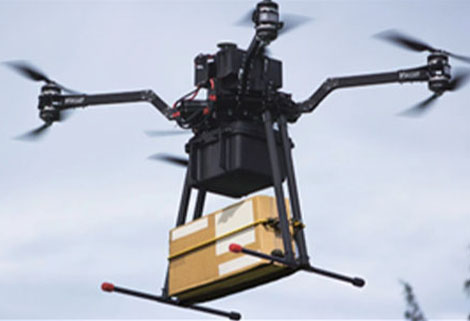 After talking to a wide range of courier companies they all agreed that during the first lockdown, they were busier than ever, with some drivers expected to deliver up to 180 parcels a day, which is virtually impossible to maintain and causes considerable stress to the drivers concerned.

In a landmark first journey, the Kar-Go successfully transported medical supplies from a pharmacy to a care home in Hounslow Greater London without a hitch.

Although the delivery was autonomous, in accordance to current legislation there was a safety driver on board who could take control and take over at any time if the need arises, with an extra layer of safety provided by its nearby command hub centre, which ensures that safety is at the heart of everything we do.

Beginning with semi- autonomous deliveries, the level of autonomy will be gradually increased from the command hub, Academy of Robotics have instant secure access to remote monitoring and controlled supervision of the vehicle if it is in an autonomous mode. 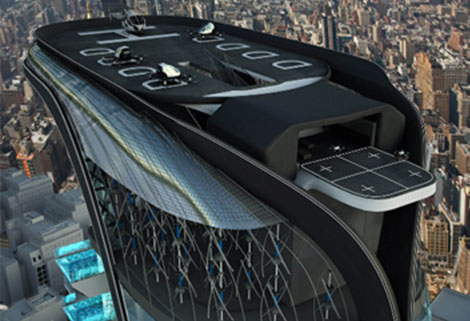 On a final note, even Architects are now looking at different designs for autonomous deliveries in new buildings, with drone drop off rooftop chutes being introduced into building plans which take parcels directly to the customer.

Drones seem to be here to stay, and by the looks of things getting better everyday and enhancing the way we live, watch this space for future developments.

Once upon a time only Father Christmas came down the chimney, but not anymore. Looks like Rudolph and friends are surplus to requirements.