MNA to launch WaterWatch with RNLI 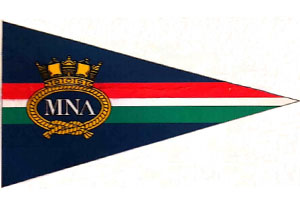 Following the formation of the partnership between the Merchant Navy Association (MNA) and the RNLI last autumn to promote the RNLI's 'Respect the Water Campaign' on the UK’s inland waterways, the RNLI has recently re-branded its former Community Safety operations as “Water Safety”.

For some years the MNA Boat Club has operated a scheme to promote maritime safety under the brand name “SeaVue”, whereby Boat Club members undertake to act as watch-keepers afloat to “Spot, Plot, and Report” incidents, potential incidents and hazards whenever they go afloat and to alert the Coastguard accordingly. This is in a manner very similar to the National Coastwatch (NCI) operating from their fifty or more look-outs around the coast.

Given the involvement the MNA Boat Club now has with the RNLI in respect of promoting the 'Respect the Water' campaign on inland waterways, the Boat Club is now in the process of launching its “MNA WaterWatch” scheme whereby MNA Boat Club members will undertake the same “Spot, Plot and Report” activities in respect of the UK’s inland waterways, including rivers, canals, lakes and the Broads. Initially the WaterWatch scheme will be launched as a “pilot scheme” in their East Anglian region.

The MNA’s WaterWatch members will operate both from their own boats and/or from ashore by means of ad-hoc patrols and will of course report to the relevant waterway authority rather than to HM Coastguard unless the incident is in an area such as a major tidal river or estuary. In some cases it may also be appropriate to report incidents to the Nautical Institute’s Confidential Hazardous Incident Reporting scheme known as CHIRP.

The new MNA WaterWatch scheme will be featured on the seafarers afloat website where details of the MNA Boat Club’s various other activities are also to be found.