Well, what a cracking summer it’s been!

Lots of lovely canal closures....loads of low water problems. The sunny weather ought to have been brilliant for ‘boat watching’ along the cut, but unfortunately where I’m based we had none to watch. The water level on the main canal dropped. Tempers rose. The locks got...locked. And those who did manage to get down found themselves stuck in the basin for weeks on end. Most abandoned boat and went home. So, there’s not much action to report from the towpath.

This left me with not much choice, but to inveigle my way into the Inland Waterways Instructor Conference at Crick, Northamptonshire. In case anyone’s not sure, inveigle - a word that dates from the 16th century; refers to the act of using clever talk, trickery, or flattery to either persuade somebody to do something; or to obtain something through a similar method.

OK, perhaps there wasn’t so much of the clever talk, trickery or flattery needed to get me in. Hubby is an Inland Waterways Instructor and he didn’t want to go on his own, but that doesn’t sound as good...

A room full of Instructors – over 30 delegates and only 2 women amongst them. I boosted the numbers in some of the sessions, but really ladies, where were you?

I have a sneaking feeling that either they were stuck back at the boatyard doing housework type things, or – perish the thought – they don’t actually exist. I’m reluctant to think that they opted out of attending, as the day was effectively the Instructors’ CPD. As a Health Professional CPD (Continuing Professional Development) was mandatory; it ensured that practitioners, administrators and everyone else involved in Health care delivery kept up to date with latest developments in practice and service delivery. If nothing else, it was time away from the ‘housework’ of the job and a chance to meet with other like-minded practitioners (and the person at the back of the room who just laughed and said there are none with a mind like mine, I heard you!).

Anyway, it was interesting to learn that there are 174 Inland Waterways Instructors nationally. From comments read on various forum about speeding, lack of courtesy and generally bad boating, this comes as no surprise. There are clearly not enough Instructors to go round...or perhaps not enough boaters acknowledging the need for training?

The RYA has 48 recognised training centres dotted around the UK and 2 abroad (France and the Netherlands), delivering the Helmsman’s course to boaters aged 12 and above; and Competent Crew to youngsters from age 8. Reassuringly, we were told that the number of certified Helmsmen (I suspect mostly men, but would be more than happy to be proved wrong) or women has increased in recent years, but certified Crew has dropped. I find that very disappointing. It’s only a one day course and can be added to a CV; get a badge at Brownies; undertaken as part of a Duke of Edinburgh Award – loads of uses....not least would be delivering a degree of better boating on the waterways.

Lest anyone be wondering, yes I am a certified Helm, but not a competent crew....according to my hubby that is!

I’ve probably mentioned at some point that we have a narrow boat hire business. It was heart-warming to hear that an increasing number of hire companies are taking on board the importance of training their staff as RYA Helms to improve the overall ‘handover’ procedure to their guests. Well done them, say I. It ought to reduce the number of moans and groans about speeding boats and discourteous cruisers (people, not GRP...in case anyone thinks I’m taking a pop at plastic boats!)...SORRY couldn’t resist that. I’ve previously been ‘accused’ of cultivating a chasm between steel and GRP boat owners. Nothing could be further from the truth. I really don’t care what kind of craft folk choose as long as they don’t use it to impair the pleasure of others.

And on that note I’ll finish... 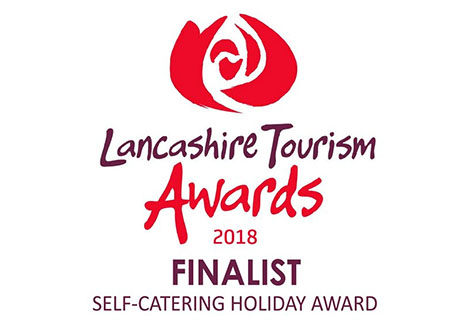 Oh, except to say – ‘Well done, Water Babies Narrow Boat Hire’ Finalists in the Lancashire Tourism Awards, putting the canal firmly on the map as a holiday destination alongside the ‘country cottage’ contingency.

Probably not....they let me do the talking!