magic created inside the boat for fun on the outside 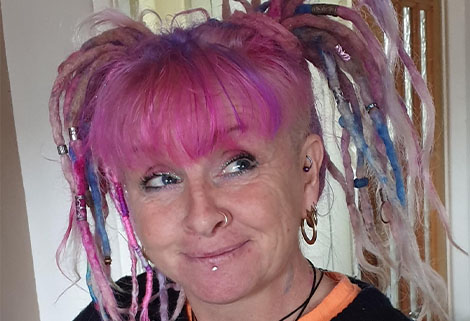 One of the most colourful characters on the cut is Fiona Lewis, who lives and trades from her narrowboat Calabrese. She is a registered roving trader, with her business very aptly named "Fi's Fabulous Floating Emporium". Fi is currently based on the Gloucester & Sharpness Canal.

For the past twenty years, Fi has been a self employed Festival / Event Trader, making most of her own stock. She moved onto a boat in 2017, and found it was fairly easy to transfer her creative skills onto the water.

Because of the restrictions currently imposed upon our society, Fi is concentrating upon her online sales, but she is hoping to expand 'Fi's Fabulous Floating Emporium' and also open a floating tuck shop, with hot snacks, 'yummy cakes' and organic squash. 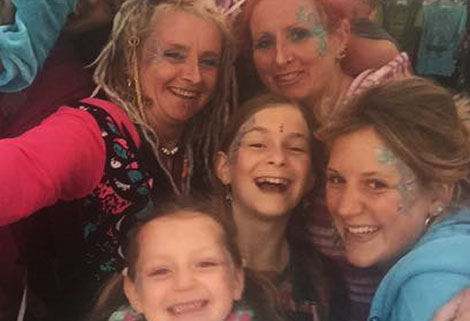 She believes she always had a creative streak - probably inherited from her Granny Hedwig. Growing up, she was continually making things from cardboard, fabric or twigs.

When all the girls in the family wanted parties and hair-braids and face-painting were in high demand, one of them  (that's Fi and her three sisters) had to learn the necessary skills.

Of course it fell to Fi! She remembers her very first hair braid which took almost an hour to perfect...

Anyway, she got faster, and before long she found herself running her own children's party business. 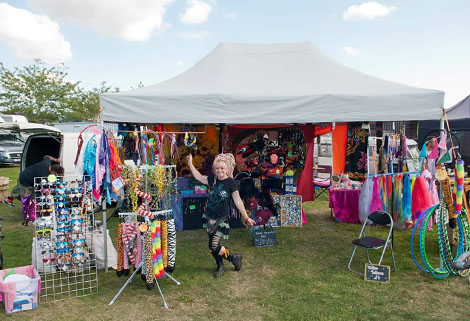 Fi continued to do well with her party business but it wasn't enough to keep her occupied - she needed something more.

Eventually she decided to create her own stall for selling goods at festivals and other field events.

This meant that as well as the face-painting and braiding, she could now also sell a range of festival clothing and other goods.

This went well for a while, but Fi soon began to realise that many festival stalls ended up selling much the same sorts of goods. She decided she needed something unique so that her stall could stand out from the rest. So Fi began making some of her own stock.

Hats were one of the first things she began to make. They proved so popular, that 15 years later she is still creating them. Understandably, as they are all unique, and as funky as you want them to be. Needless to say, they are among her best selling items! 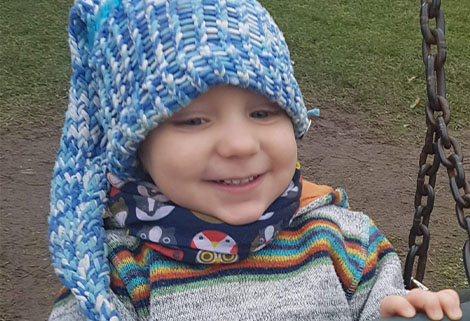 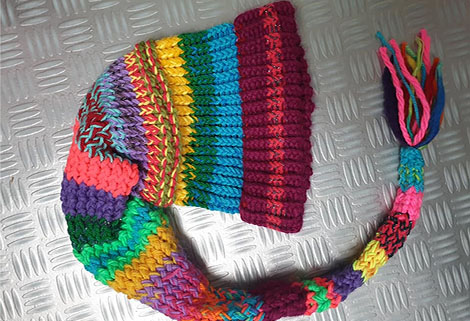 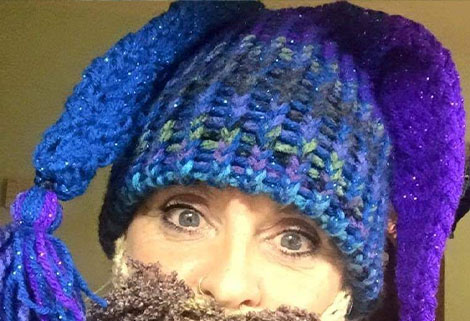 At the same time, she turned some of her attention to Hula Hoops.

Fi is a qualified Hula Hoop coach and teaches hula hooping. She has taught both children and adults at festivals and, more recently, along the towpath! It's not an uncommon sight to see Fi hula hooping on the roof of her boat... 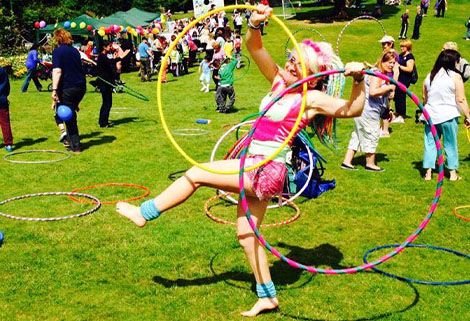 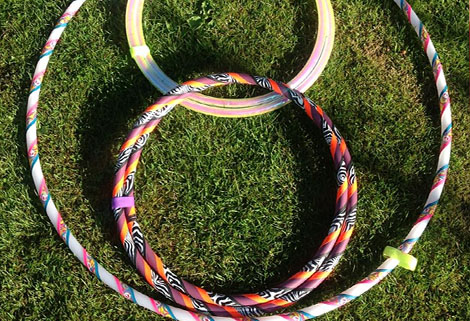 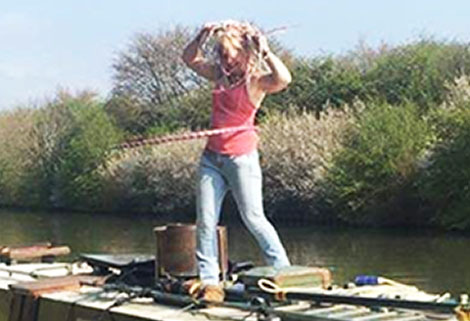 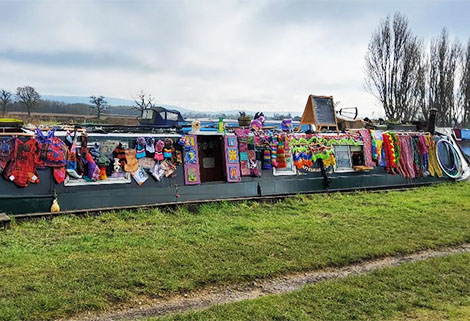 hand made hats from Fi's own designs 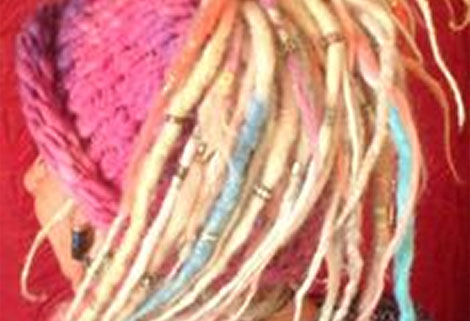 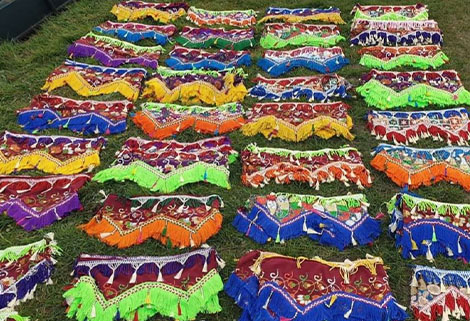 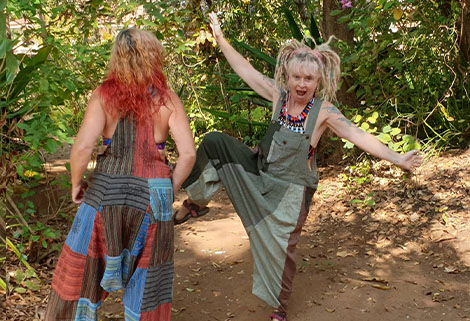 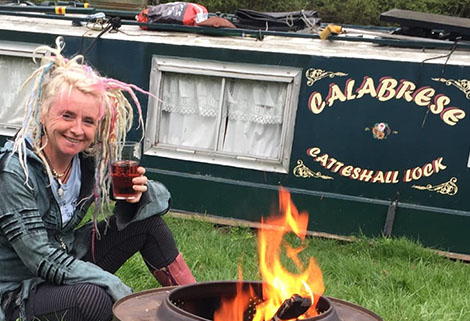 2020 was almost a write-off for trade, affecting traders on and off the water.

But it was a year in which Fi managed to enjoy her floating home and get some home improvements done too!

"I love my life on the water and the people I surround myself with. I like meeting great characters with great stories to tell." 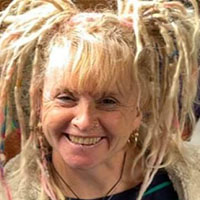 Fi's Fabulous Floating Emporium is currently based on the Gloucester and Sharpness Canal.

You can follow Fi on Facebook to see where she is trading, or you can buy from her online.

And if you do come across her on the towpath, do stop for a chat. She might even show you how to hula hoop!