It all started after having a bit of a brain wobble. 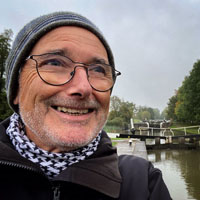 For some reason which I am yet to fathom, I signed up to complete two half-marathons, three 10K races, climb Snowdon, the Yorkshire Three Peaks then, to top it all off, climb Mount Fuji. All within the year.

They were all for good causes, but I’m not very athletic and the only running I can remember was to get to the pub before it shut. Friends and family started to distance themselves from me as I asked for more and more donations, and I realised this was something I could not back out of easily. I needed to get fit, and quick, so I joined the local gym. Blimey, it was boring. Muscular blokes preening themselves in the mirror ignited my inferiority complex and made me feel like a complete wimp. Running the local lanes wasn’t much better. Cross country was more interesting, but paths are not always easy to follow, and I’d end up getting lost. 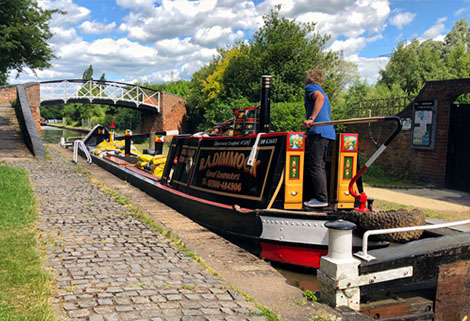 I don’t live too far from the canal. So why hadn’t I thought about it before? It’s quiet, peaceful, no traffic, no pollution, it’s interesting and there are no preening blokes. Actually, there are preening blokes, but that’s another story (see chapter 3). The towpath soon became my regular training ground but running back and forth along the same path soon became pretty boring. 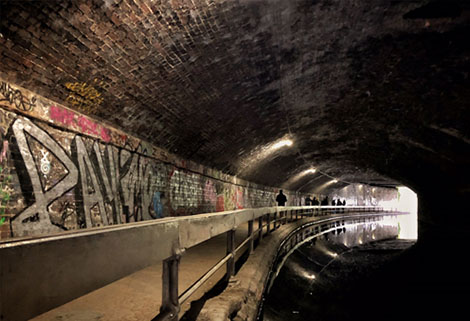 Luckily, I discovered the Warwick Ring on my doorstep. A 115 mile circular route in the Midlands, using 5 different canals, crossing 4 counties, connecting 2 cities, 7 towns and many hamlets and villages. You may have guessed it, I like a challenge. So, to make life a little more interesting, I decided to travel this circular route only clockwise, without turning back, and using public transport to get to the start and for the return journey home. This meant training sessions became much longer, often starting before dawn and always taking up the whole day, with lots of public transport (something I’m not too familiar with or very good at). 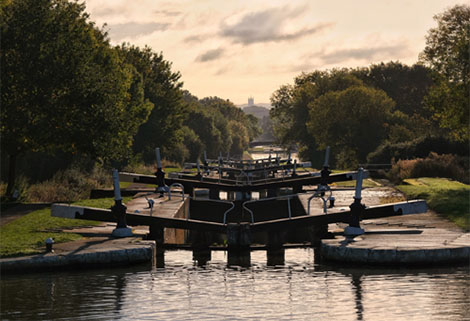 Well, this opened up a whole new world to me, travelling between idyllic rural tranquillity and industrial urban grunge. Seeing the wonders of our canal system up close and personal, much of it built around 250 years ago, with no satellites or software to work out the best route, or earth-moving equipment to dig the path. Concrete wasn’t developed until the mid 1800’s and the only means of transport across the land was by horse or foot. 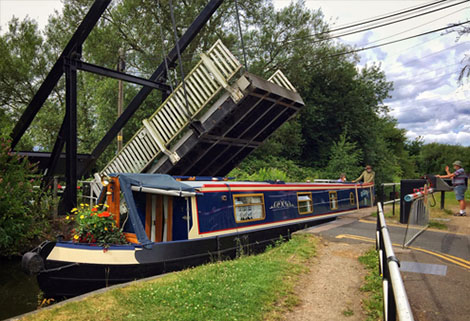 I was amazed at the sheer magnitude of this bold engineering project, built by Navvies using the simplest of tools, just pickaxe and shovel, a little gunpowder and loads of blood, sweat and tears. Travelling through my hometown, Birmingham, was like entering another world, one I didn’t recognise. It felt like I was crawling through the bowels of the city, literally seeing everything from a completely different perspective. I was awestruck. 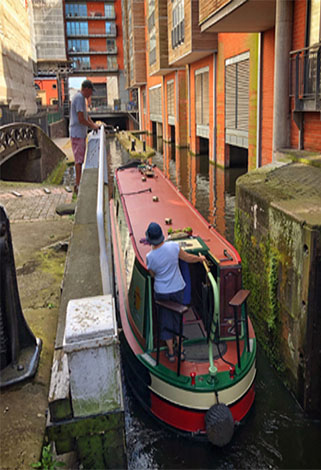 After completing the challenges, I continue to walk the ring, completing the whole route at least once a year. The slower pace allows time for the occasional chat with interesting and quirky characters along the way and with a rich vein of history to dip into and discover. From Iron Age to Jet Age, the Gun Powder Plotters to the Peaky Blinders, with some unexpected finds.

These included one town with a disturbing connection to the Slave Trade and a very dangerous and completely bonkers ball game which has been played there every year since 1199. Birmingham and Coventry were both manufacturing giants and to tread the actual path which fed our industrial revolution is very sad at times. Contemplating the unfathomable destruction of our once proud, world beating industries, one word keeps popping into my brain. Why? 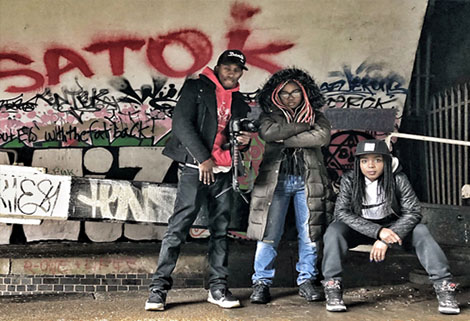 Having to use public transport certainly adds a new dimension to the already entertaining canalsy goings-on, transforming my once boring training sessions into unexpected adventures, sometimes a tiny bit weird, often hilarious, always eventful and inevitably informative. There is also the occasional, unfortunate mishap along the way, but nothing too serious. Yet. I posted a few of these adventures onto my Facebook page and got some great feedback. Then, a friend of mine said “… why don’t you write a book?”  And that was the seed I needed to create ‘Canal is King”.

There is a chapter dedicated to every day it took to complete the journey, starting out from Birmingham to Fazeley (near Tamworth) and finishing with Shrewley (near Warwick) back into Birmingham. And I go off-piste a couple of times, following my nose for more adventure. Discovering the amazing history scattered around the Warwick Ring is one thing, but the interesting characters and unexpected encounters, either on the canal or on public transport is what I enjoy the most. That’s why I continue to trudge any towpath, anywhere. Chatting with the people I meet and learning more about our National Treasure, the Canal Network.

You can buy a copy of Canal is King from Amazon or from Bill Savage's Etsy Shop where he also sells prints of his stunning photographs.