Oxbow Coal Ltd were delighted to win Canals Online Magazine’s award for best fuel among boaters for our premium quality Excel briquettes. The fuel is hugely popular among the boating community up and down the country and we’re very proud that Excel has truly become the fuel of the houseboat over the last few years. 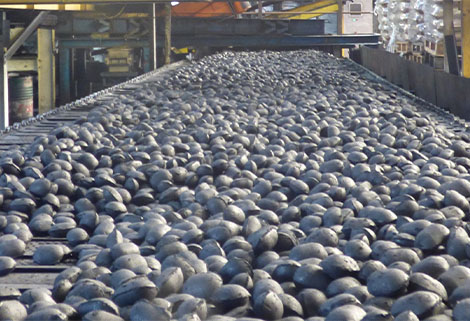 The Excel briquettes are produced at our plant in County Durham in the North East of England.

Originally the plant had ovens and baked the briquettes but after a fire burned the facility down, they were forced to start again. With no money to replace the ovens then owner John Bartlett came up with a plan to produce the country’s first cold cure briquettes.

That vision blossomed over the years and Oxbow partnered with John’s business in the late 90’s before acquiring the business in 2014, by which time Excel and Oxbow’s other fuels Red, Newheat and Glow were all established as firm favourites in the home heating market. 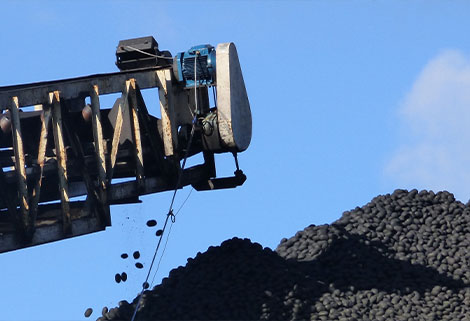 Since then Oxbow have learned not to mess with the classics and the Excel remains consistently top quality with the recipe largely unchanged for many years.

While other manufacturers produce countless different fuels, Oxbow chose a different route as the ‘stove revolution’ began early in the 2010’s. 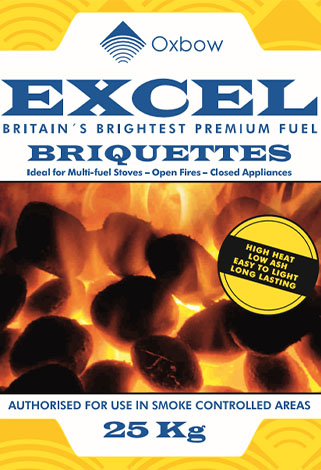 Instead of bringing out a new fuel to compliment the open fire fuel Excel was considered to be, Oxbow, with minor adjustments, made the fuel versatile enough in its own right to be considered a multi-purpose fuel.

Whether used on a closed appliance, a multi-fuel stove or on an open fire, the fuel remained the premium brand on the market at an affordable price.

It’s also a fully approved smokeless fuel, so when the legislation changes next year nothing will change and it’s also fully HETAS approved.

For those not aware of the difference Excel can make, like all of the Oxbow fuels it’s very low in ash compared to its competitors - meaning a lot less time spent cleaning out the ash pan. In addition it’s a high heat output fuel and gives a long lasting burning.

All in all the ideal fuel for the boating community. We’re proud to be your first choice fuel.

Oxbow Coal Ltd provides a diverse line of products, backed by expert technical support and knowledgeable customer service. Our philosophy is that the most effective way to earn a customer’s trust and loyalty is through the superior performance of our products as well as the energy and talent of our people.