how and when should I charge my lead acid batteries? 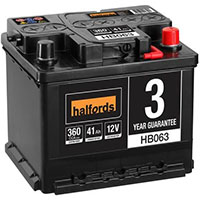 be it a cheap lead acid battery

or an expensive lead acid battery

...this article applies to them 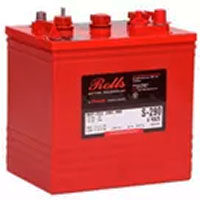 Time after time I hear people say I charge my batteries for an hour or two in the morning and the same in the evening and I cringe knowing people are damaging and shortening the life of their batteries.

What is a lead acid battery?

A lead acid battery is any battery that uses Lead and Sulphuric Acid to store electrical charge. Whether it is simply two lumps of lead for the plates and sulphuric acid or something a little bit more advanced and hence called something different like a Gel battery or an AGM, or a lead carbon battery, they are all lead acid batteries, and all suffer from the same problems when discharged and charged.

What happens as a lead acid battery is discharged?

I am not going to go into what is a complex electro chemical process; I am going to talk about the important bits that affect what we need to do when we charge a battery. 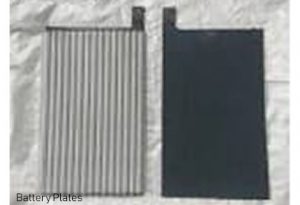 When a fully charged battery arrives it comes with nice clean lead and lead oxide plates (plus other additions the maker may add such as Calcium etc and the latest Carbon) and a full store of sulphuric acid which is carried and diluted by the water in the battery, its correct name is the electrolyte.

As we discharge the battery using the power to run our fridges, lights etc. some of the lead and some of the sulphuric acid turns into lead sulphate and coats the plates of the battery with a fine white powder.

It happens as a direct result of discharging the battery and is a natural effect of the discharge. 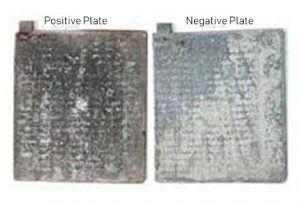 Unfortunately, the lead sulphate if not all removed goes hard and cannot be removed if it is not removed by charging the battery fully.

So maybe you can see why charging for a couple of hours and an hour in the evening could cause a build up of sulphate on the battery plates and once hardened that area of the plate will no longer work and take charge etc.

When do I charge?

You need to know the state of charge (SOC) you have in your batteries to know when to charge them. To do that you need a battery monitor, an instrument that is permanently connected to your batteries and tells you the amount of current that is drawn from the battery and the number of Ah you have used out of the battery. Charge is measured in amps (A) and amp hours (Ah). A voltmeter etc. cannot tell you the state of charge of a battery that is continuously in use, only the number of Ahs that have been used can tell you that reliably and repeatably and that can only be measured using a proper battery monitor.

When you have used half the Ahs stored in the battery it is the time to charge them.

So, if you have a 300Ah battery bank 50% is 150Ah. 50% discharged maximum you should discharge a battery to if you want the best life from your batteries.

How to charge using the engine’s alternators

Start the engine and switch the battery monitor display so that the amps (A) going into the battery can be seen. Gradually increase the engine’s speed (RPM) and as it is increased the Amp going into the battery will increase. Keep increasing the engine speed until the Amps stop increasing, bring the throttle back just a touch and leave running for the next say 15 minutes. If you now check the Amps and they have reduced, reduce the throttle until you hit the point where the Amps start to reduce, then just very slightly increase, leave for 15 minutes or so and repeat. Eventually the engine will be on tick over level, keep it running at tick over.

These will gradually reduce to a value between 1% of the battery’s capacity and 8 or 9% it depends to an extent on the level of sulphate the battery has. Once it stops dropping and has remained stable for 30 minutes at least, you can say the battery has taken as much charge as it can. Turn off the engine and reset the battery monitor so that it is in sync with the battery.

The charging process uses between 10% & 20% of the charge put into the battery to run the electrochemical process and in just pushing the charge into the battery. That means for every AmpHour you take out of the battery you must put back into the battery between 1.1Ah & 1.2Ah. Hence why when you have put back what was recorded on the Battery monitor you must continue until the current stops reducing which indicates the battery has taken all it can and the charge going in is just being turned to heat.