celebrations on the wharf

Home » Editorials » celebrations on the wharf

celebrations at the wharf 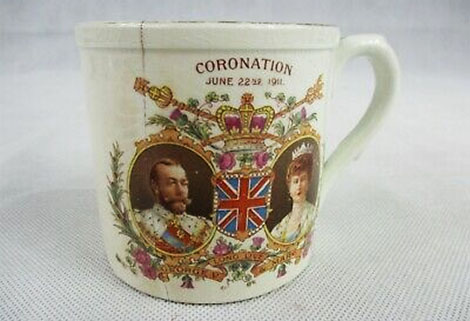 With Christmas and New Year celebrations still very much in our recent memories, it seems like no better time to open the wharf's story book and look at another celebration some 100 years ago.

It was 22nd June 1911 and the country was deep in patriotic frenzy for the coronation of King George V. Preston Brook was no exception.

Most unusually, it was even agreed that some funds could come out of the rates, 2d (2 old pence) to every pound, to help fund it, although in the end it wouldn’t be needed because everyone was full of excitement and donating generously.

Who suggested the wharf as the location of the party, we don’t yet know, but the Ship Canal Company was prevailed upon to donate “a spacious shed with field adjoining”, which is likely to have been the Dandy Warehouse.

We can take an educated guess that the building and wharf had been given a suitable sweep-up the day before, and on the morning the local committee swarmed over it putting up decorations and setting up tables. 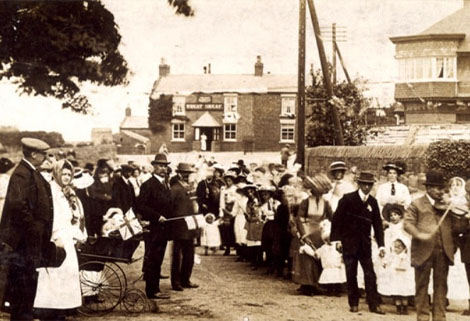 Excitement must have been reaching fever pitch. We know from diaries of other such Coronation celebrations that children, and in some cases husbands, were driven into the bathtub and scrubbed until they glowed, so there is every chance that the occupants of Preston Brook did the same.

The sports events kicked off the celebrations at 2pm; with the newspapers describing “sports of a varied character for young and old, also a tug of war and shot putting events…for prizes to the value of £10.” 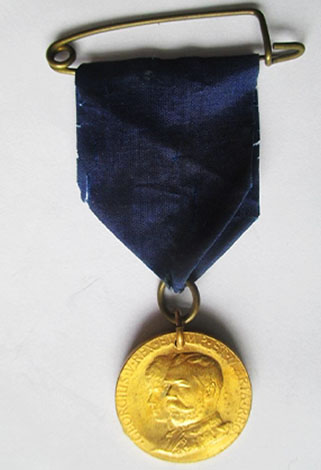 At half past 3, the children were rounded up and given medals by two local ladies, and a big procession headed by the Aston and Preston Brook Band went off on a tour around the village while the unsung heroes of the committee were left alone for an hour and half to lay the tables with the celebratory tea for the 500 guests.

On their return, the children, doing well for themselves out of the occasion, were made to line up and pass through the door of the warehouse and be given a commemorative cup by the wharf foreman, Mr Peter James Webb, and one Mr Yates, who appears to be a company engineer.

Food finished, and everyone went back out for more sports and children’s maypole dancing while the committee whipped all the tables and dirty plates away so everyone could come back inside for “musical entertainment.”

Merry-making carried on for all until past midnight, when the party was wrapped up by singing the national anthem and no doubt a quiet reminder that it was back to work for a lot of the men in just a few hours, not least of all the members of the Preston Brook band who needed to be in Warrington by 0930 the next day.