short history of the caraboat 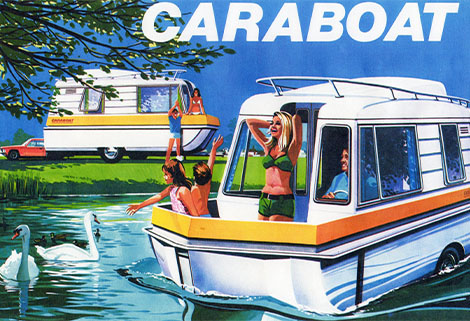 The Caraboat was a clever invention of a Mr Tom Carr who made them for a short time between 1971 and 1973 in Sutton -in- Ashfield Notts.

The Cathedral Hull was designed by John Askham a Naval Architect and featured an internal jet drive and engine when in the water.

The internal towing frame includes a fold up hitch for connecting to the towing vehicle leaving only the wheels, hubs and Indespension units immersed in the water.

The original fitout included a galley, wardrobe, toilet compartment, four berths and a steering position on the front port side.

Priced at £1595 at the 1973 boat show, it looked like there was going to be a great future for the Caraboat. 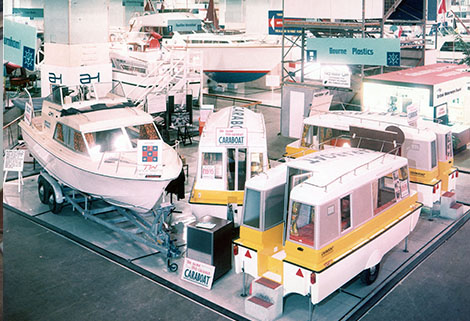 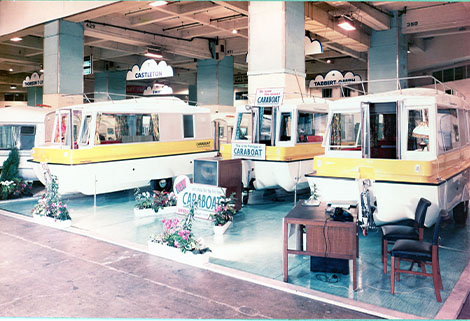 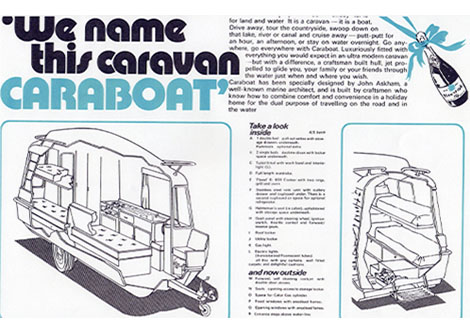 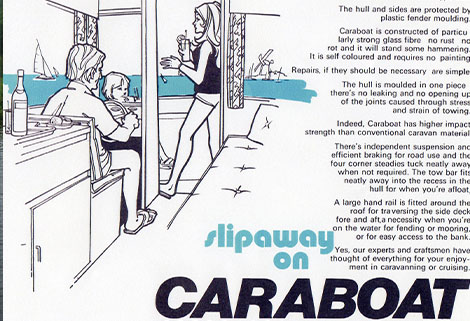 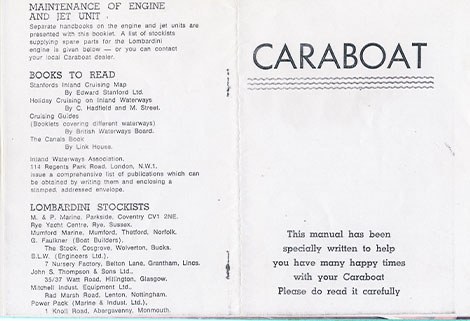 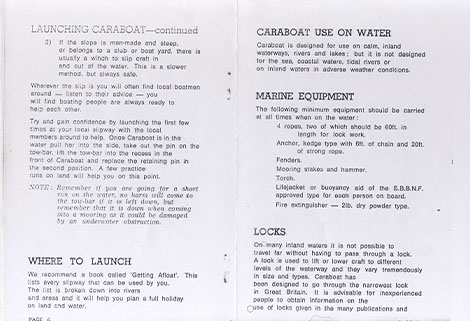 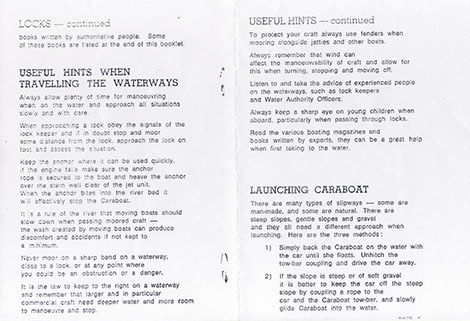 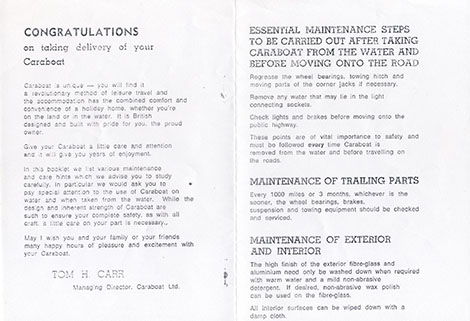 It's said the demise of the Caraboat came about when Mr Carr took the local Mayor for a trip on the river Trent.

Unfortunately, they became stuck on a Weir and had to be helped ashore by the Fire Brigade.

Upset, Mr Carr went back to the factory and smashed the moulds with only 64 boats having been produced.

how we ended up with a caraboat 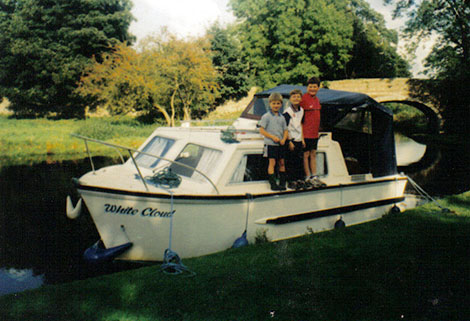 Having had a Creighton 20 called "White Cloud" on the Lancaster canal for some years we were keen to explore other canals, so when the Ribble link fully opened in Spring 2003 my ten year old son Ben and I set off to visit the Llangollen canal in Wales.

After a week of the Spring half term holiday we had got as far as Cheshire, so we left the boat at the Marina there and came home by train. We intended to carry out the rest of the journey during the Summer Holidays, but, to our horror, the Marina rang me a week later to say the boat had been stolen and, worse, set on fire. 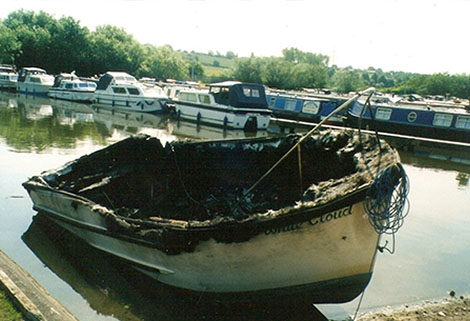 The 20 is basically the front end of Inlander with an Outboard motor on the back. It is built so strong by Creighton Ball at Nelson Lancs., that even though it had been ablaze, it refused to sink.

So the staff at the Marina kindly towed it back and got it on the Slipway for disposal. I drove down there the next weekend to take some pictures for the Insurance.

When we received the insurance money, we bought another cruiser on the Lanky, a Freeman 22 mk2. But we were still keen to explore, so I thought maybe a Trailboat would be a good idea. With both school and work constraints, we would only be able to visit another canal or river for a week. With a trailboat we could explore and then return with the boat safe and sound.

I showed Ben an article on the Caraboat in the Canal and Riverboat magazine and he said he'd seen one of those when we were walking the dog past Lytham Boatyard.

Amazingly in Spring 2004, they were holding an Auction as the yard had been bought by a housing developer and was closing down.

As the only bidder, we quickly became the happy owners of a sorry looking craft with no interior and with its windows all smashed in.

Indeed a few days later when my wife Bev came to have a look at it she asked, "What are you going to do with that?" 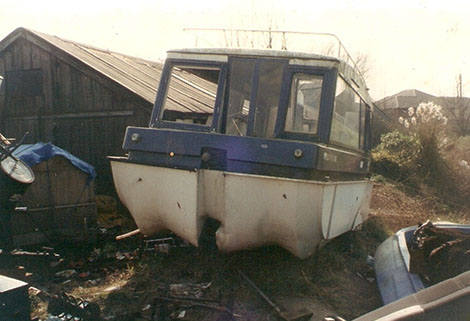 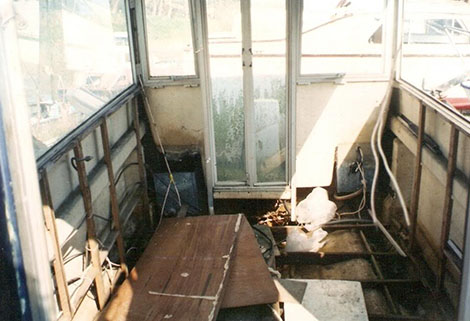 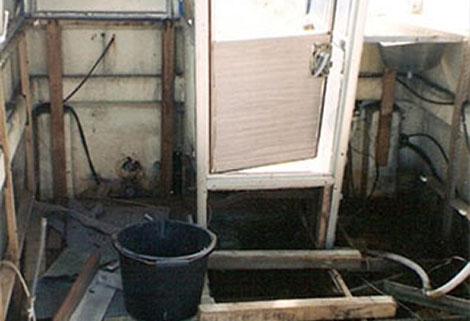 Relocated to a local farm, I started to restore the boat with a lot of help and advice from other owners who I had made contact with online. Being a self employed car mechanic, spare time was limited. Progress was slow but steady. 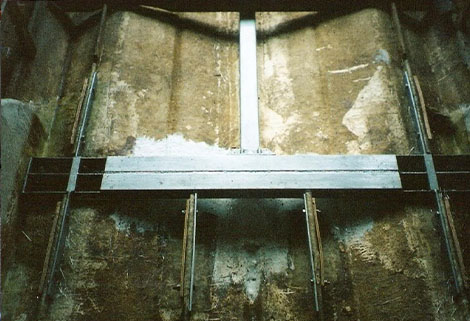 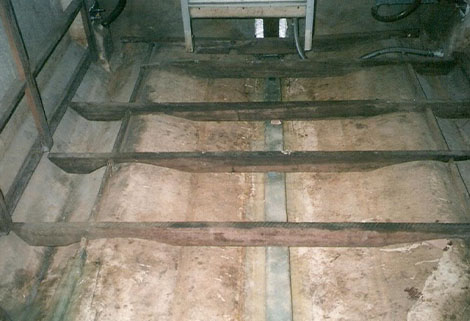 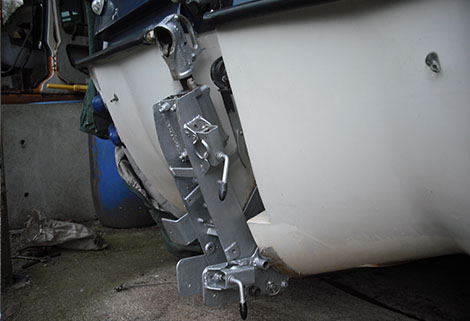 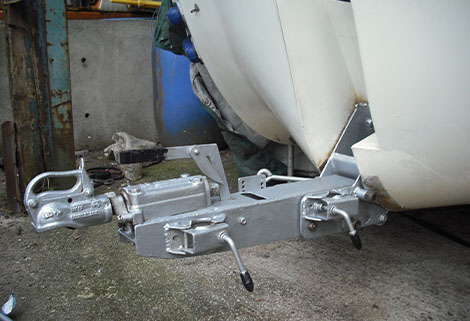 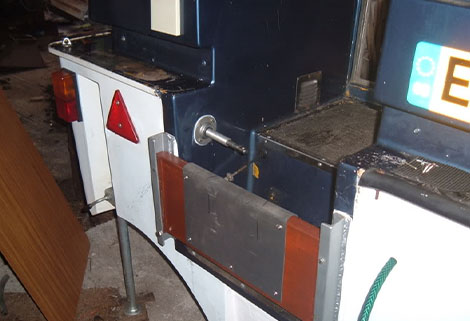 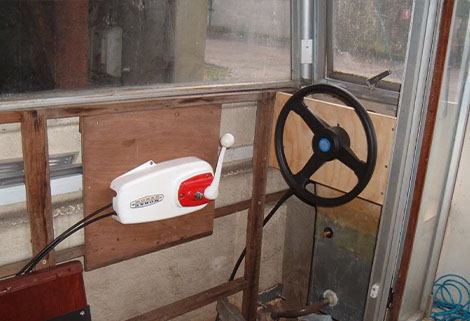 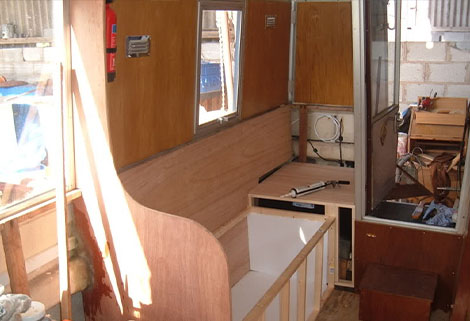 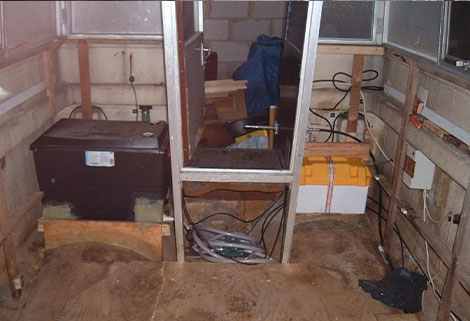 I replaced all the broken glass to get it weathertight and realised the boat needed a new towing frame which had bowed causing a split in the hull. 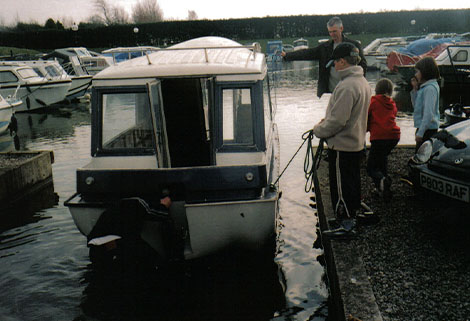 I replaced the Braking system, wheel bearings and wheels, then towed it to Garstang where my Freeman was moored, for a test launch to check everything was watertight.

Tests completed and towing ok I carried on refitting the boat out with a new floor, hob and sink unit and 3 berths also 12v Fridge, staying pretty similar to the original layout.

Gaining their encouragement to travel far and wide and  happy how well the strange looking craft handled, the Cathedral hull and wheels under the water giving it good stability, I sold the Freeman. 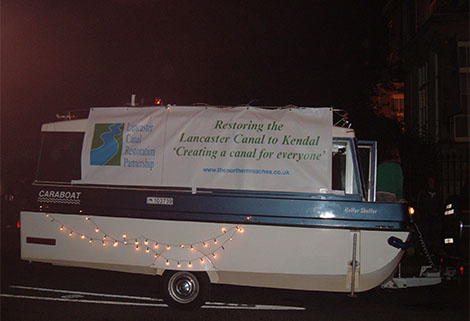 We have used the Caraboat mainly as a boat, but have taken part in the Kendal Torchlight Parade to try to promote restoring the Lancaster canal back to Kendal for six years. 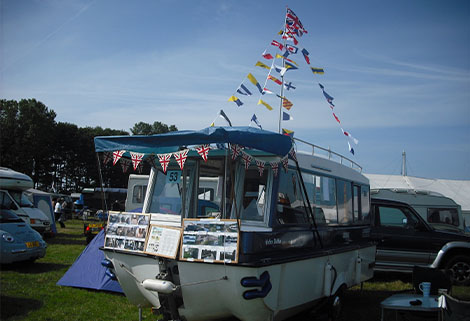 entered the Cumbria Steam Gathering at Flookburgh for ten years or so as a Historic Caravan.

Our first trip in 2007 was to the Trailboat festival at Woolsthorpe on the Grantham canal and we have been to every Trailboat festival since which is held on a stretch of waterway somewhere in the UK to highlight its restoration. 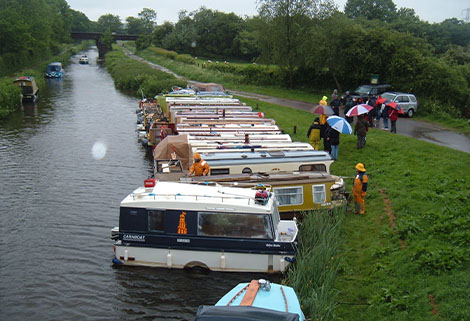 Also in 2007 we sailed the Leeds &Liverpool from the Bingley five rise to Adlington near Chorley.

2008 saw the Festival on the Grand Western canal in Mid Devon which was abandoned by BW in the 1960’s but saved by local people and Devon County Council and a great example what can be  achieved. 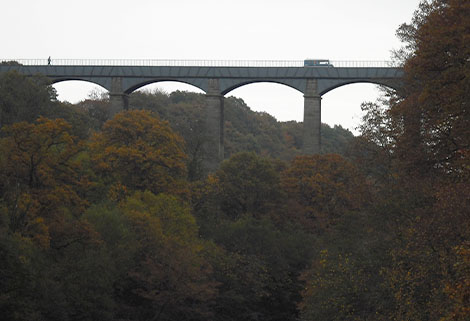 In October 2009 we finally made it to the Llangollen canal and have been back twice since.

Other highlights have been cruising the Forth & Clyde and Union Canals between Glasgow and Edinburgh with a ride on the Falkirk wheel, and spending time on lake Windermere and the stunning Mon & Brec amongst many others. 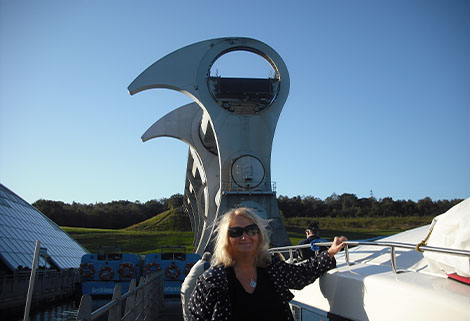 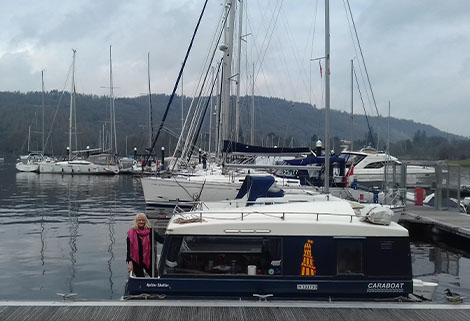 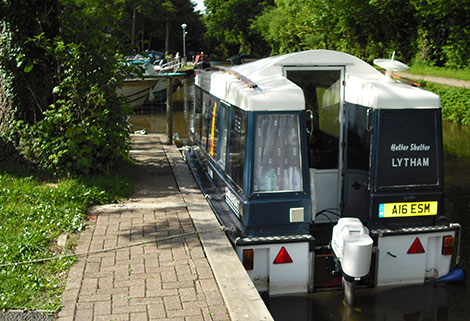 Neil is happy to be contacted by any other Caraboat owners. Please get in touch with Neil directly by email: nbmcgarry@gmail.com

If you have enjoyed reading this article, you may be interested in reading our feature on the Caravanboat - the modern day equivalent of the UK's Caraboat of the 1970s. CLICK HERE TO READ MORE