the creation of a new canal game, by Henry Biglowe

We have 5 games to give away in our FREE prize draw. ENTER HERE

Argy Bargey is a new board game where you compete to create your own canal empire.

Each player must complete routes between towns and cities, competing against each other. Using tiles, you'll want your waterway to take the fastest possible route across the board.

Just like real canals, you'll need to use locks and tunnels to tackle hills. Junctions will be needed to connect other canals and create an efficient network.

With an approximate playing time of 45 minutes, 2 to 6 people can gather to do battle - canal style! Can you become the greatest canal tycoon of the 21st century?

I've been asked several times what made me decide to create a canal themed board game and the process of manufacturing it, so thanks to CanalsOnline I'm going to document it here. My name is Henry and I'm not a professional game designer, I'm a railway worker who decided to give it a go. 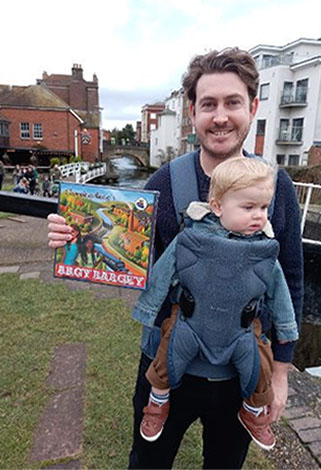 I’d already been asked once to do the dishes and as the Southampton match was coming to an end on the telly, another excuse was urgently required. Scrambling around the living room, I came across a pen and paper. It was obvious, the only logical decision was to create a board game.

In reality I had been playing around with an idea for a railway themed tile game for a while. Square tiles with railway track on them would be placed direct on to the table top with the idea being that various special industry tiles would be connected for the players to score points. (Wheat to a flour mill, flour to a bakery, that sort of thing). There was only one problem…It didn’t work. Dejected, I succumbed to the inevitable, and the dishwasher was loaded. 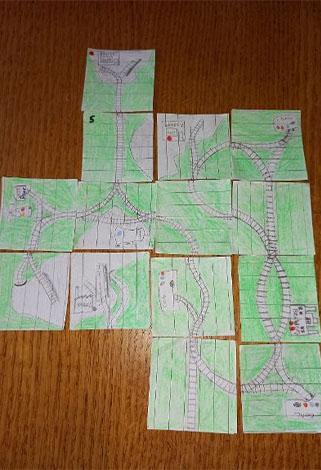 Time passed and Covid struck. My brother Tim, and his girlfriend Sam were forced to return to the UK from China earlier than expected. Their original plan to buy a property outright in the UK quickly faltered having accumulated less funds than anticipated. They finally settled on the idea of living on a narrowboat, perfectly combining their love of travel and their willingness to own their own home. On a roll, Tim and Sam quickly established their own YouTube channel ‘Chugging Along’, documenting life aboard their narrowboat Mary L. My wife Abbie and I enjoyed days out cruising the network, and as Chugging Along’s following grew, my mind reverted back to board games. However, railways were out and canals were in.

A re-think was needed, my previous attempt suffered from over complication and I was also aware of my lack of any experience in designing a game. With this in mind the new design needed to be simple, and would require testing from multiple trusted friends and family. Like Newton with his apple, I had a break-through moment too (yeah alright, I’m overplaying the importance a bit), this came in the form of a geographical baseboard. And yes, I know, a baseboard for a board game isn’t particularly revolutionary, however it was this simple change that provided the necessary structure for the game to work. The mechanics of the game came together really quickly thereafter, the basic principle being that two cities must be connected, and the shorter the route, the more points that will be scored. This simple premise gives players the impetus to both make their routes shorter and to make their opponents routes longer, adding an extra element of tactical fun in the form of sabotage. With that, all the ingredients were now in place for a nice and friendly family argument and with thanks to Sam's artwork a cardboard prototype was knocked up. 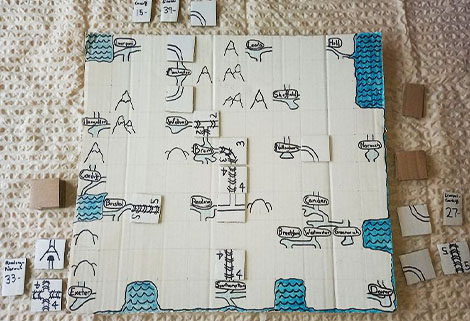 Test, test, test. Titivate and then yet more testing. This was my wife and I’s life for the next few months, taking the opportunity to play as often as we could, particularly with Tim and Sam, but also with our parents, friends, work colleagues and neighbours. We felt it was important to play with as broad a spectrum of people as possible, to check our rules were clear and most importantly that the game was enjoyable. We're so grateful to everyone who helped at this stage and finally, when we were all happy, it was time to take it to the next stage. This involved finding an artist/designer and a supplier. It quickly became apparent that although we’d have loved to of used a British company, costs would create a product that would be too much for us to reasonably charge and so we settled for a company in China to handle everything. 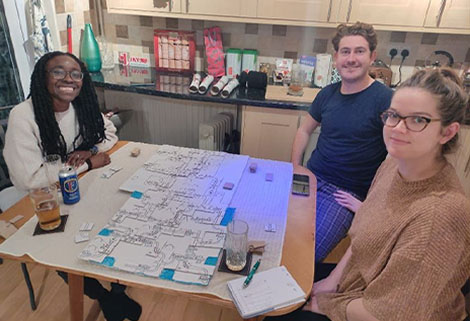 Tim was to handle our communication with our Chinese associates, he'd obviously lived there for a time and while he wasn't fluent in the local lingo, he had an understanding of their working practices. This was to prove a lot longer than we first appreciated and took the best part of a year, toing and froing with our designer. During this time we set about finding a name, an impromptu focus group was set up at the end of one of my brothers famous (in our family anyway) online quiz events. 'Canal Network', 'Waterway to have fun' and 'Savvy Navvies' were all thrown out, although the latter has been deemed good enough to be set aside for a potential follow up game. Eventually we settled on the fun and punchy 'Argy Bargey' and when the design was complete we had a sample sent out, it was beginning to get exciting.

That initial sample delivery from China was probably the most exciting part of the whole project, over a year's worth of work in a single parcel. With the anticipation levels through the roof we were not let down, any fears of quality issues were instantly quashed and we were delighted with what we saw. A couple of minor alterations were all that was required, another hill here a typo there and we could look towards printing, CE testing and shipping. 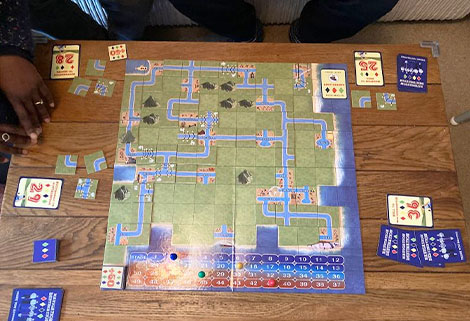 After checking, momentarily stumbling into the hedge trimmer and then rechecking, the internal dimensions of my garage were attained and allowed for an order of a 1000 units to be placed. It was really happening. Random samples were sent to be tested for various nasties, and the all clear meant we were good to go. Pat, my old school friend and under 11's strike partner, set us up with a shipper he uses for his online rubber duck business. This was particularly handy because it meant we knew we wouldn't get fleeced and the shipper would deal with any paperwork at Felixstowe. They arrived safe and sound in November 2021, thanks for the recommendation Pat.

The whole dynamic of the business suddenly changed, we were no longer manufacturing a game, we were marketing one. Tim and Sam created a YouTube video advertisement on their channel and it was up to Abbie to dispatch the orders that were flooding in on our website. Secondary advertising came in the form of posting on relevant Facebook groups and Tim, Sam and myself have done various interviews with the inland waterway press. Looking forward we have plenty of other marketing opportunities, in particular we are all looking forward to attending some of the boat shows later this year. Crick and the Canalway Cavalcade in Little Venice have already been booked up for a bit of wheeler dealering and we're also hoping to get Argy Bargey into a Chandlery near you. We're a friendly bunch, so don't hesitate to say hello if you bump into us. 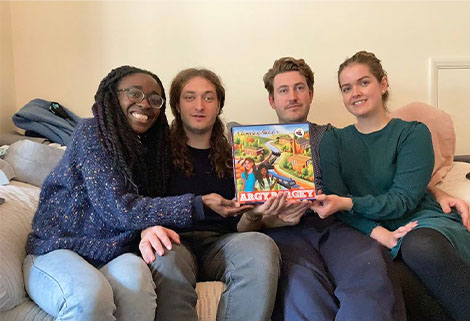 Anyway, it's been a great adventure for all of us so far and if you're thinking of starting your own business we'd say go for it. Although it turned out to be quite a lot of effort, just to put off doing the dishes. It's hard work being lazy you know! 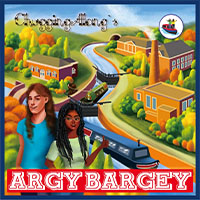