This edition explores the intertidal zone between Community, Canal and Rail. 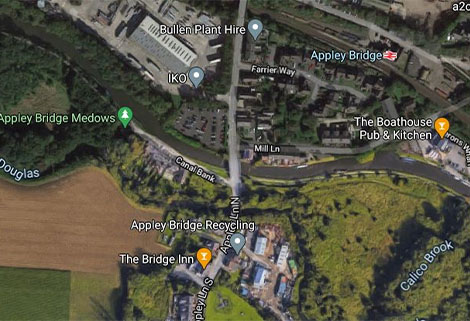 It is located off Junction 27 of the M6 motorway and is nestled in the Douglas Valley alongside the Leeds and Liverpool Canal. Wikipedia

Bridge 42 on the Leeds and Liverpool Canal is in Appley Bridge.

The Appley Bridge Community Association is a community group aimed at promoting, supporting and encouraging activities within Appley Bridge.

The group is responsible for the community centre and The Meadows.

If you want a real down-to-earth special canal treat in this area, a few hundred yards to the west of Bridge 42 you will find a well-tended meadow, woodland walk and community allotments.

The gated entrance is right off the tow path, with the area being between the canal and the River Douglas. An area that is a credit to the Association. Nice paths, seating and peace and tranquillity. Ideal for stretching your legs, walking the dog or just for fresh air. Also, handy if your waiting to use Lock 91 Top Lock or need time to build up your strength! 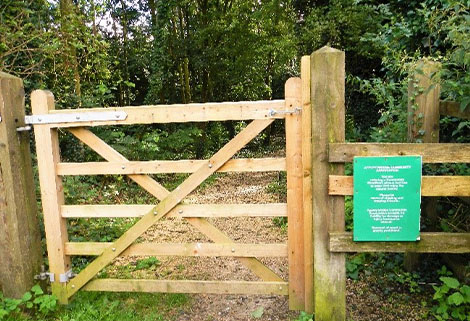 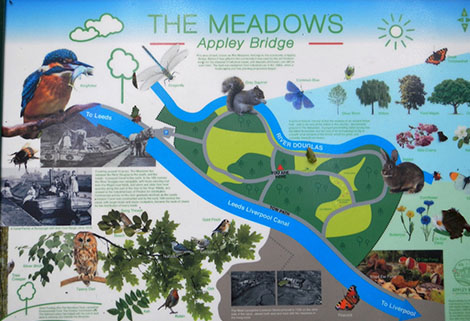 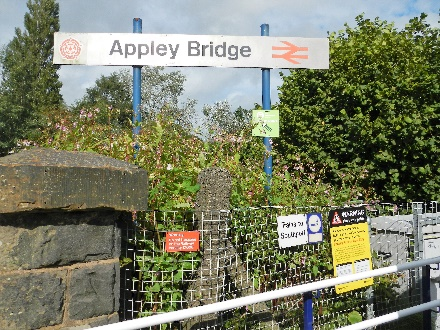 I wonder just how many mooring points are within walking distance of a railway station?

Welcome to Appley Bridge with its railway station with routes to Southport, Wigan and Manchester.

Think of it, access to a major city or a trip to the seaside at Southport.

The Bridge Inn (From Bridge 42, down the hill for 100yds. Including WiFi.)

The Boat House (Up the hill 100yds and turn right, then 300yds. Reservations and wheelchair access)

There is also a unisex hairdresser, post box and kiddie’s playground in the village.

Note(s) no shops or newsagent near to Bridge 42. Appley Bridge is the bridge over the River Douglas, rebuilt in 1903, close to the Bridge Inn.

At around 8.45pm on Tuesday evening of 13 October 1914, the inhabitants of Appley Bridge (indeed Lancashire and Cheshire too) were treated to a sudden and spectacular illumination of the night sky, caused by a meteorite that was found in a farmer's field in the village the following day. Found just 18 inches below the surface of the field, with the appearance of burnt iron, the small rock weighed almost 33 lb (15 kg). An article in the "Scientific News" (No. 2588, 30 October 1914) stated, "a small fragment which had been detached from the larger mass was put on view in a shop-window at Appley Bridge." In September 2014 a book about the meteorite, by local author Russell Parry, was published ( ISBN 0954953126 ) (Wiki)

I hope you enjoyed interacting again in the Intertidal Zone within the world of canals.