by Richardson and Ask in support of Canal & River Trust

Working with the Canal & River Trust at Tower Works

Richardson and Ask are proud to be supporting waterway and wellbeing charity Canal & River Trust, the organisation that looks after Leeds & Liverpool Canal.

Richardson and Ask are working with the Trust and its neighbouring developments, including Mustard Wharf, to improve a 200-metre stretch of the towpath, from the Canal Office to the  Railway Bridge to provide a route by the water to and from Leeds train station.

Having been in need of repair for some time, the 200 year-old pathway is popular with
walkers, joggers, cyclists and anglers. This traffic-free route is a popular spot away from the hustle and bustle of the city centre. Design work is currently underway which will improve the section of towpath adjacent to the Tower Works site in the heart of Leeds and a start on site will be made as soon as the current restrictions allow. 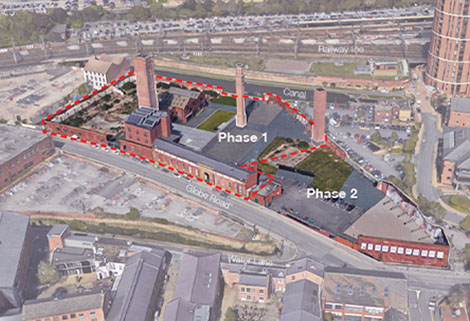 "Landmark developments close to our canal network, such as Tower Works, are coming to fruition all the time. With our research showing that spending time by water can help to improve our health, wellbeing and happiness we are working closely with developments to help communities to connect to their local waterway and realise the benefits of being by the water.

“Previous custodians of the Leeds & Liverpool Canal have undertaken a variety of approaches to towpath repairs over the years, leaving a disjointed and uneven surface due to the different materials used. Thanks to the support of developers like Richardson and Ask our charity is able to realise more ambitious programmes and extend existing works to provide safe pathways with improved access near to water. We have already begun work at Mustard Wharf and the new, continuous path of York stone will look superb." 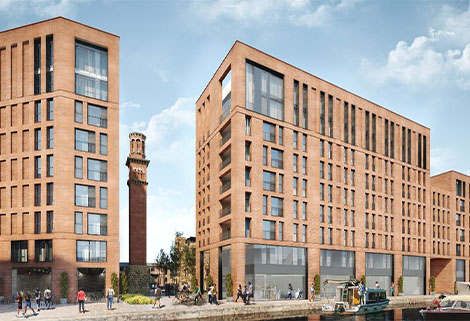 Alison Carroll, development project manager for Ask Real Estate said: “Canal & River Trust is a key stakeholder and we are delighted to be working with them and our neighbours on this important work.

“When building work commences on the Tower Works site we will be partnering with the Trust and our construction contractors Sir Robert McAlpine to erect hoardings along the canal path where it borders the site which will ensure we have no impact on the canal during the build programme.

“During the construction phase the towpath will be out of bounds for safety reasons and the path improvement works will take place concurrently to the building of phase one at Tower Works, so when the development work is completed the canal path will also be ready for use.”

Tower Works site is located within the Holbeck Conservation Area, which features a number
of listed buildings across what was Leeds’ primary industrial area. The area is one of the only remaining places within Leeds where 19th Century industrial buildings have survived largely unaltered and uninterrupted, leaving a special character and appearance to the area.

Tower Works was founded on the site by T.R. Harding in 1864 to make steel pins for carding  and combing in the textile industry. In addition to these items the company also developed a range of innovative and advanced industrial instruments, including speed indicators,  counters, and gauges. The factory’s products were world class, selling all over the globe.

The original buildings, designed by Thomas Shaw, were erected in 1864-6, with the design being heavily influenced by his love for Italian architecture and art.

Within the Tower Works site, the Giotto Tower, Verona Tower are Grade II* listed, and the  Engine House, Little Chimney, and 6-10 Globe Road are Grade II listed. The three towers are Holbeck’s most prominent landmarks and are an integral part of the area’s history and heritage.

The Grade II* listed Verona Tower can be recognised as the smaller ornate tower of the site. It was the first of Tower Works’ Italianate towers to be built and is based on the Lamberti Tower in Verona.

The Grade II* listed Giotto is recognised as the most ornate and largest of all the towers both in height and massing. It was designed as a ventilation tower and its structure contains filters that are able to collect metal particles produced during the pin making process. The Tower is based on the iconic Giotto Campanile, the bell tower of Florence’s Cathedral.

The Grade II listed Little Chimney is the latest of the towers and it is known as the Boiler House Chimney. It can be seen to represent typical Tuscan towers, such as the medieval towers in San Gimigniano, Tuscany.

Latest updates on the towpath closure will be posted here