the all new canal turn, carnforth

This is the first edition of the all new CanalsOnline Magazine and we could we find no better way to start the pub of the season than with the All New Canal Turn in Carnforth on the Lancaster Canal. This is where we sat and agonised over all the changes to our website, and it is due largely to the pub managers and staff that we remained sane ( if not strictly sober). 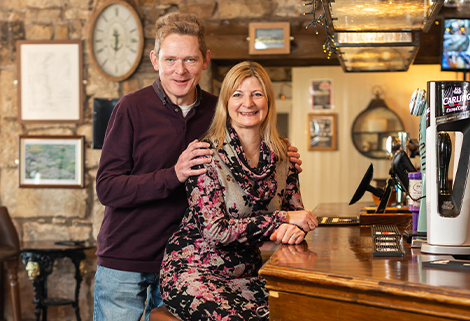 Landlord and landlady Bill and Victoria took over the Canal Turn in the early part of 2018 and have certainly turned the Canal Turn around. With a popular Quiz night every Tuesday, and live music on at least two evenings each weekend, the All New Canal Turn as it was re-branded, has become the place to go in Carnforth.

Regular events take place throughout the year: there's the mammoth charity duck race in the summer, and a spectacularly decorated narrowboat delivers Santa in style at Christmas. 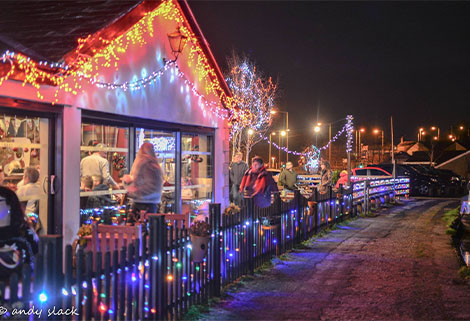 Indeed for the Christmas season, the whole pub inside and outside is lit up like a winter wonderland. Not to mention the fabulous Christmas Tree made out of wine bottles...

The food served is beginning to make a name for itself, and the restaurant is generally very busy, from breakfast time right through the day. Popular with boaters cyclists and walkers, there is always plenty of passing trade.

Dogs are very welcome inside or outside, with a jar of free biscuits on the bar. 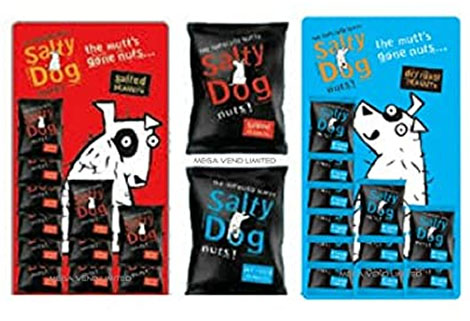 Here I must tell you a tale about Salty Dog Nuts. These are a brand of nuts certainly popular in the North, maybe nationwide. I was in the pub with my dog when this lady walked in with her own hound. She ordered some Salty Dog nuts at the bar, choosing salted over dry roasted. She then began to feed them to her dog. She did offer my dog a few nuts, but I said he wouldn't like them because they were salty. "But they're made for dogs, it says 'salty DOG nuts' on them, so they must be all right," she replied.

Entrepreneurs Bill & Victoria have lots of plans for the pub. They have brought in garden POD which houses gifts and a florist shop for Victoria. Victoria was a florist with her own business before she married Bill, and with much of her business being online, plus a pub which can offer itself as a venue for wedding suppers and such like, she is bound to do well.

the future of the pub? 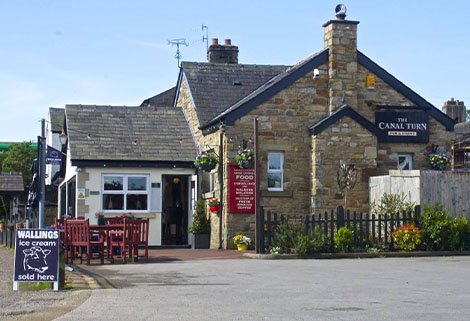 The pub is fast becoming an established and reputable music venue. With his background in local radio, Bill has no problems finding the very best in musical artistes. Bands tend to play on Saturdays, and on Sundays solo artists are favoured for more gentle spots in the early evening.

The landlord is a strong presence in the pub. He is generally to be seen behind the bar or collecting glasses, so is always ready to muck in or have a quick chat. He often wears a worried expression, but Victoria lays claim to the reason behind this: 'he's worried that I'm busy spending all his profits,' she laughs.

I don't for a moment think that's true, and as a couple we wish them continued success with their venture. Long may they reign at the All New Canal Turn, and hopefully one day we'll be back up to meet them again.

And if you are ever on the Lancaster Canal, you really must stop off (there are plenty of good moorings outside) to savour the delights of this canalside pub - just tell Bill & Victoria we sent you!

Bill and Victoria Johnston offer you a very warm welcome to the All New Canal Turn in Carnforth.