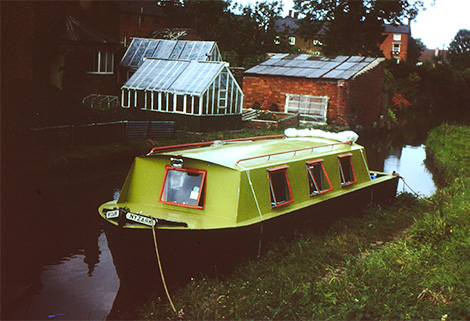 Mum and Dad, like a lot of enthusiasts in the early seventies, bought themselves a nice new Springer narrowboat. This one was one of the DIY fit, shells and had arrived the previous year. Dad fitted it out as best he could for our first holiday aboard it the previous year and, by the second season we had the luxury of cork based anti condensation paint (which didn’t work), a gas ring, and a small 12 volt fluorescent light.

So it was that we were slowly heading towards Fenny Compton “tunnel” in the summer of 1973 not long before my 17th Birthday. 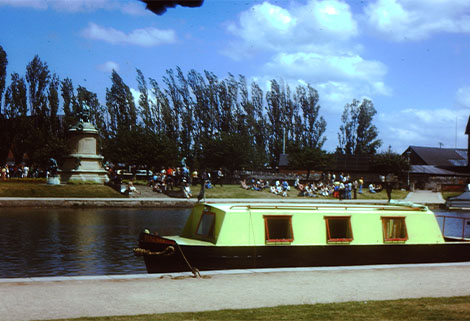 It can't have been long after the marina opened at Fenny Compton, as I remember us stopping there for fuel, and also remember thinking that it wasn't there the year before.

The tunnel is (as most people know) actually a cutting, having been opened out many years ago. It's still narrow and you have to pass boats carefully. When out of the “tunnel, it's nice to enjoy the full width of the canal again, and the person piloting the 40 foot hired boat was doing just that.

What do you do when the boat coming at you seems to be aiming at wherever you go to avoid it. Ultimately it will collide with you however good you are at steering (and Dad, being ex Royal Navy) was pretty good.The tunnel is (as most people know) actually a cutting, having been opened out many years ago. It's still narrow and you have to pass boats carefully. When out of the “tunnel, it's nice to enjoy the full width of the canal again, and the person piloting the 40 foot hired boat was doing just that. 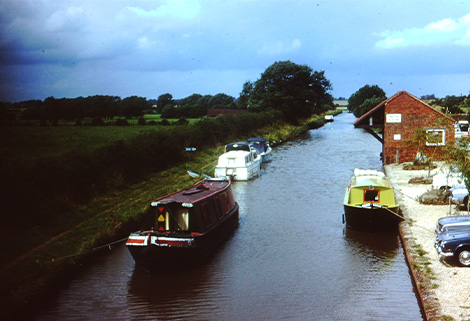 Granny, who was ever watchful for my brother's and my welfare had long disliked me climbing onto the cabin roof to run the length of the boat when crewing, so I had eventually agreed to take the slower and considerably more awkward route via the side decks, holding the hand rails instead (and having to avoid the edges of the open windows and fender ropes. I'd seen what was gong to happen and set off in this manner. Having just let go of the deck rail to get the boathook to fend the other boat off, it hit us, knocking Nyzark sideways and putting a small dent in the weld along the top of the port bow. 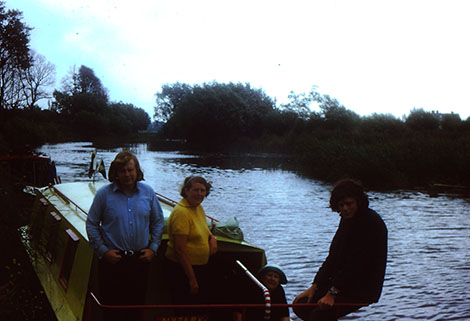 Having let go of the deck rail, and had Nyzark knocked about two feet sideways, instead of a side deck, I was now (like a Roadrunner cartoon) standing on thin air. So I did the only decent thing and fell into the canal, drinking a fair bit of the water and deciding that I'd really rather have lived a bit longer and done a bit more in the way of a misspent youth (possibly even a touch of depravity) before this untimely end. Thankfully, I'm still here though and any further tales of my misspent (or otherwise) youth can wait for another time to be told.

As I came up for the first time, I grabbed at anything I could, and that happened to be the bow of the boat that had just hit us. I made light of it, and stepped off onto the bank. At that point Mum suggested to Dad that we pause to pick up the crew, getting the reply that they can pick up their own *****ing crew. When she told him that it was me, the previously thin air turned rather thick with Dad's best naval expletives and a graphic (and biologically impossible) description of what he would do to the person steering the other boat if our paths crossed again. 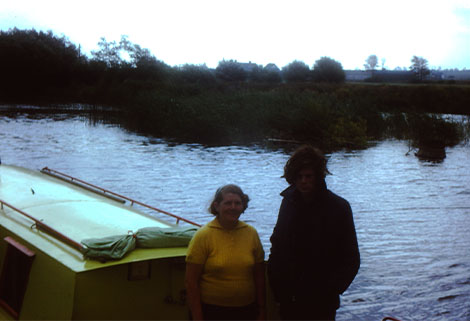 When I finally arrived in the cabin of the Nyzark, Granny greeted me with:
“I know it's been raining, but your father isn't that wet.”
“Yes, but he didn't just fall in the canal did he.” I replied flatly.

Whether it was a pang of guilt (Because of the fact that, had I simply run along the top of the cabin I'd have been there in time to push the other boat off with the pole without landing in the canal.) or simple protectiveness, Granny went into overdrive on making sure I didn't catch pneumonia, botulism, lassa fever or a slight cold, insisting that I change all my clothes, (which I was in the process of doing) and that I should have some hot coffee with rum in it (which was quite pleasant). When I got the mug, it smelt pretty alcoholic, and tasted like very little water had actually been used in the brewing of it.

I was instructed to rest, which I did for about half an hour, then it seemed that I could pretty much have the rest of the day to myself, having been absolved of all boat related duties due to the assumed trauma of nearly drowning, so I spent the rest of the afternoon and early evening walking along the towpath recording the top 40 on my radio-cassette recorder. I still have the tape and Mardi Gras by Paul Simon still reminds me of the day. 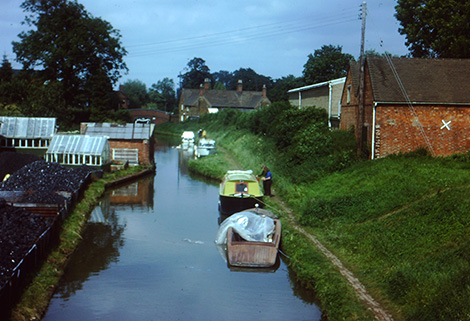 I'm not absolutely sure if the people did remember us, but when we did do the fuel stop at Fenny Compton, we walked past the hire boat that had hit us, and it was all locked up with all curtains drawn. It's tempting to think that the crew of the boat were all cowering in fear of my dad's wrath, but it's far more likely that they were enjoying lunch at a pub somewhere close by.

As for me, I bear them no malice, and never have done. They'd been put in charge of a 40 foot concrete ballasted all steel narrowboat powered by a fifteen horsepower Japanese diesel, with the simple instruction that it's pretty much like a car to drive. I expect they just couldn't get to the handbrake in time. I believe that some hire companies still offer the same advice to new customers. Well, to anyone that is thinking of hiring a boat for the first time novice experience of a boating holiday. Please ignore the advice.

Narrowboats handle nothing like cars in any way shape or form whatsoever! Remember that, stay sober, and you’ll do just fine...ish.